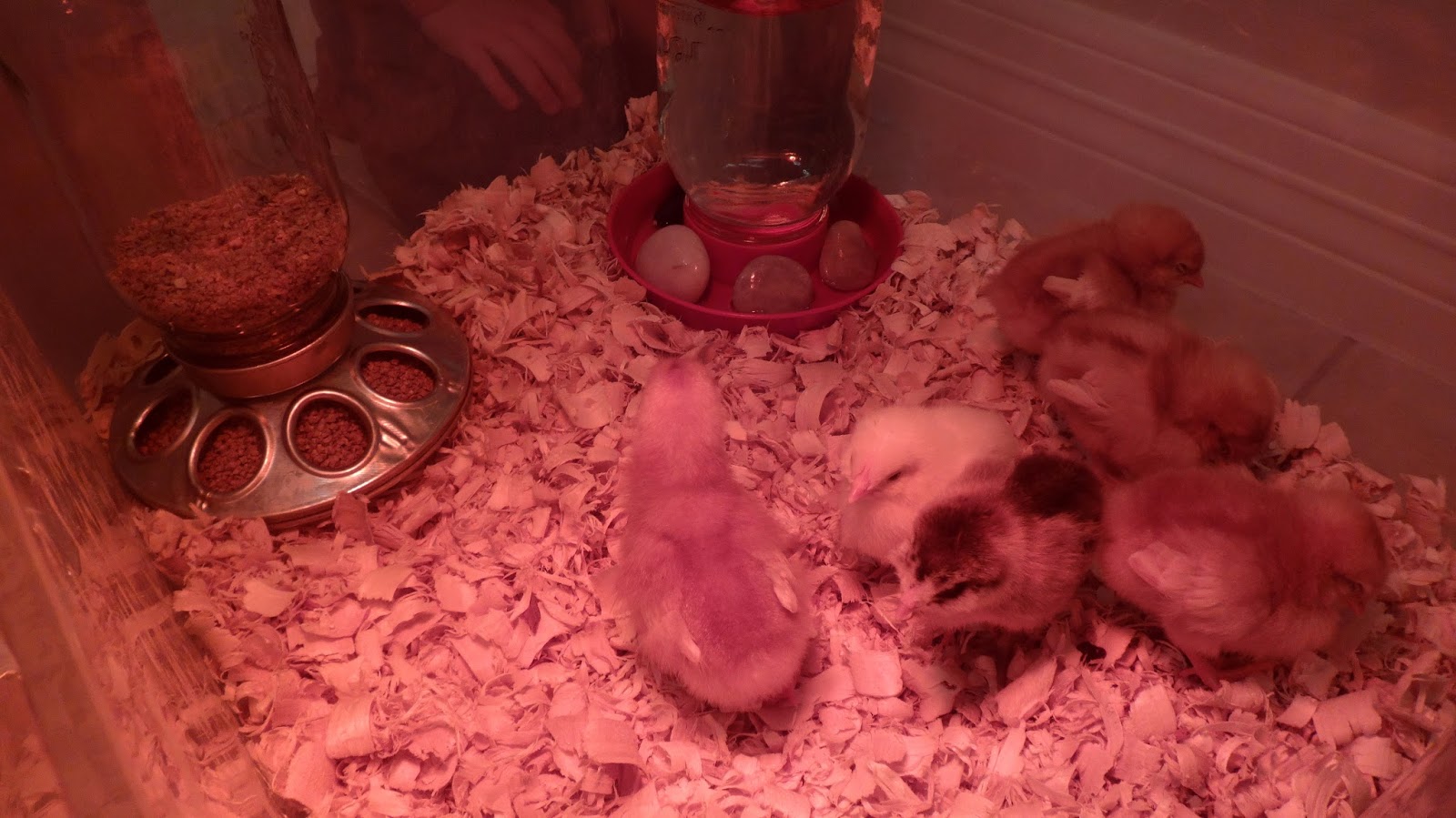 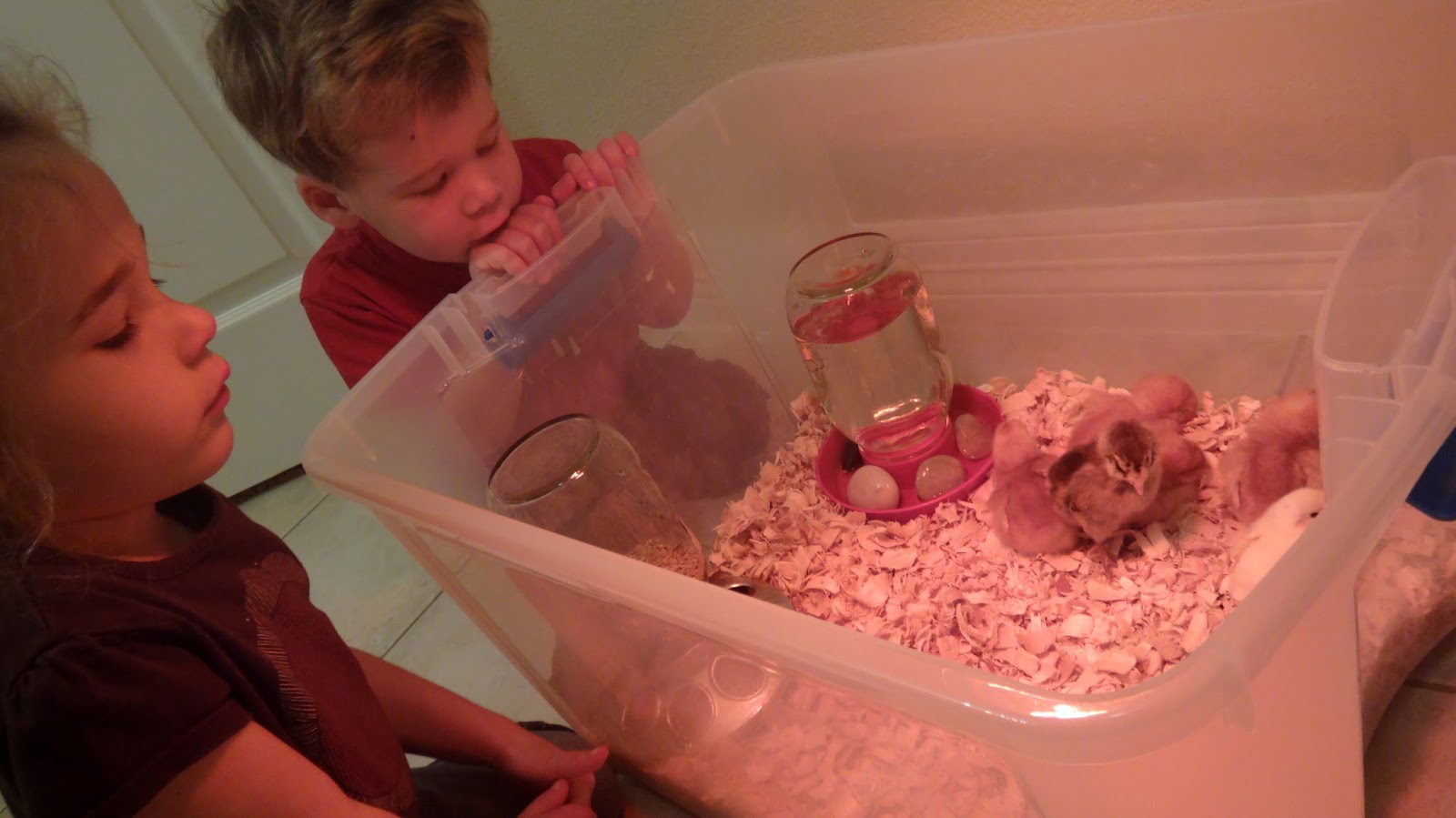 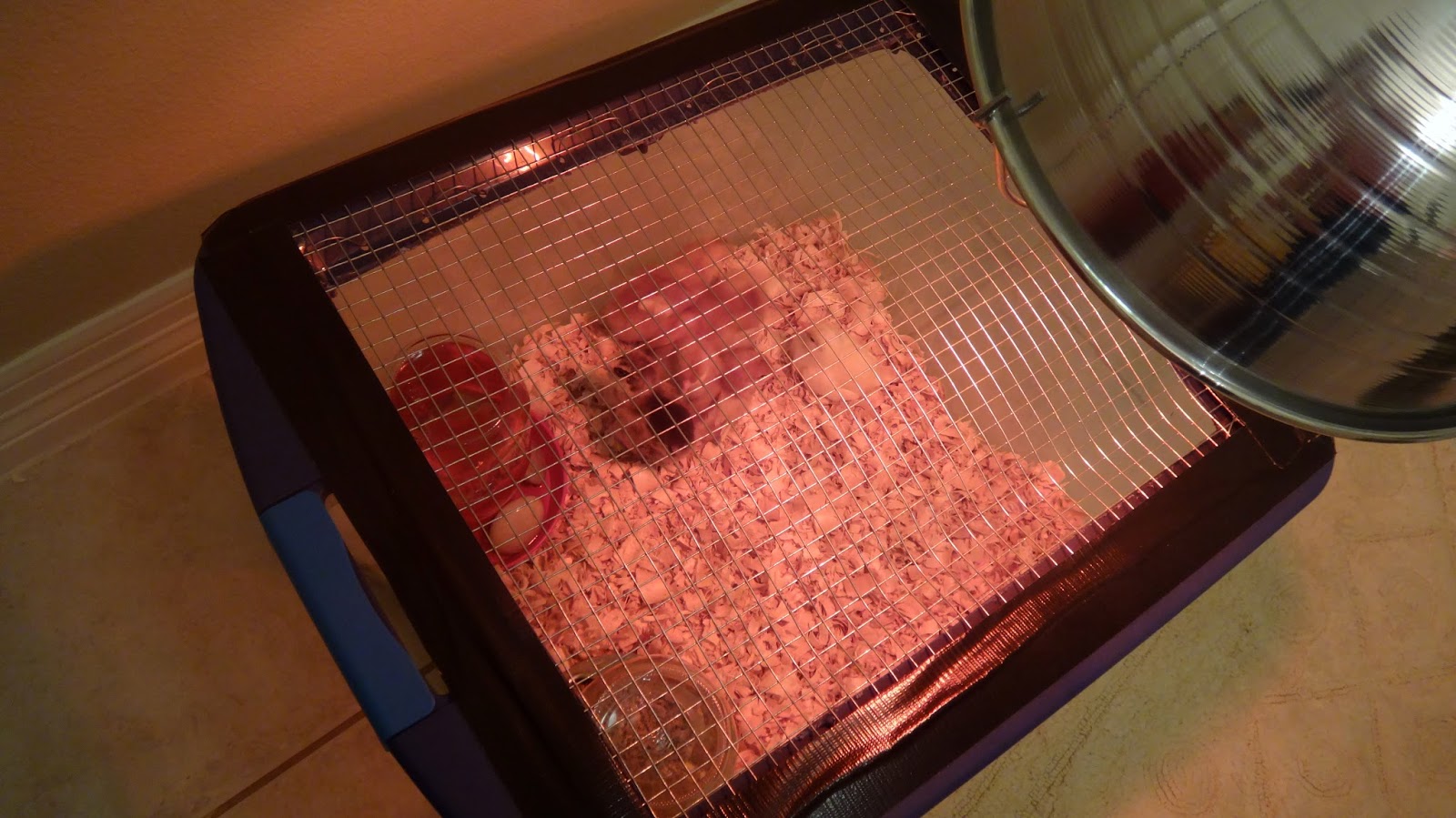 ...peeeeeeps! We finally got our chickies!

I debated long and hard between ordering chicks from a catalog vs. picking up pullets at the local feed store. I ended up going with the instant gratification of the local feed store (also, I didn't want to place the minimum order of 12-15 that most catalogs wanted... I was looking for 8-10 max).

The irony is the feed store ended up not having what they said they had over the phone, and it took almost a week for us to get the chicks we wanted... so the wait time was almost the same as for catalog birds. Then since they didn't have the breed we wanted, but we were already there with the high hopes of taking home peeps, we ended up getting 6 chicks that weren't exactly what I'd been told was in stock but were good enough. My plan was to come back for the last 2-4 when the breed I was originally looking for came in... which I did, only to find out upon our return that we had to buy an additional six birds thanks to their company policy of minimum live bird sales. So I originally planned on driving over to the feed store and bringing home 8-10 chicks all at once, but I ended up with 12 in two batches of 6 that took almost a week to get together. It would have been all the same to just order from a catalog. Cool.

On the upside, I did get to bring home chicks that first day, and since then I've been hearing wee peeps floating down the hallway from the guest bathroom which is the best. sound. ever.

I'm just as obsessed, and I've already noticed little differences in their personalities from my peeks into their warm, red, glowing room. Whenever I can I find myself stealing up the stairs and down the hallway to sit on the potty lid and watch their little antics.

We bought 10 'light' and 'red' pullets and 2 straight-run Araucanas. I'm hoping one of the straight-run chicks will be a rooster, and the rest of the ladies will all make it through their early weeks and be a peaceful, happy flock for years to come.

For now, though, I am loving our fluffy little puffs of cheep, and starting any week with them scurrying around the brooder box makes it a good week for me!