I figured out a formula this week: crazy-cold weather + sewing machine left out from Granddaddy's project = 2 more quilts for the house.

Apparently, once I answered the call of the house and got the basics out of the way, I just couldn't help myself. Granted, I was truly hoping Sister would want one after we finished the birthday quilt, and so she did. I should have anticipated Little Brother wanting one, too... and so he did.

So you see, it wasn't all me, my hand was practically forced! 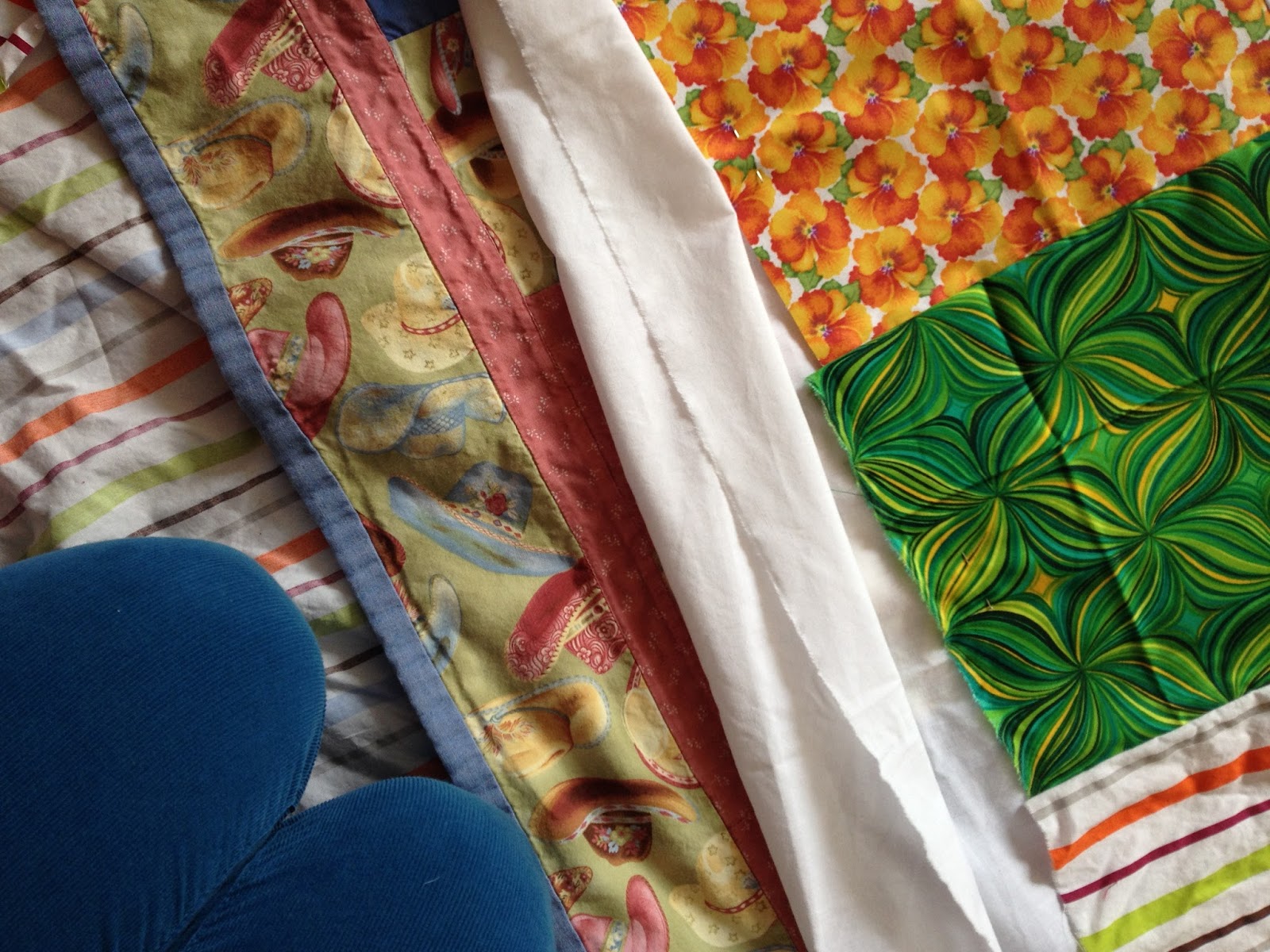 If you follow me on Instagram, you've probably seen a couple of these already. Audrey was very involved in choosing the fabric for her quilt. I let her make 95% of the decisions, working in just one or two squares of my choosing here and there to try and keep it all making sense. She designed a bunch of them, too, using those fabric markers we love so well. 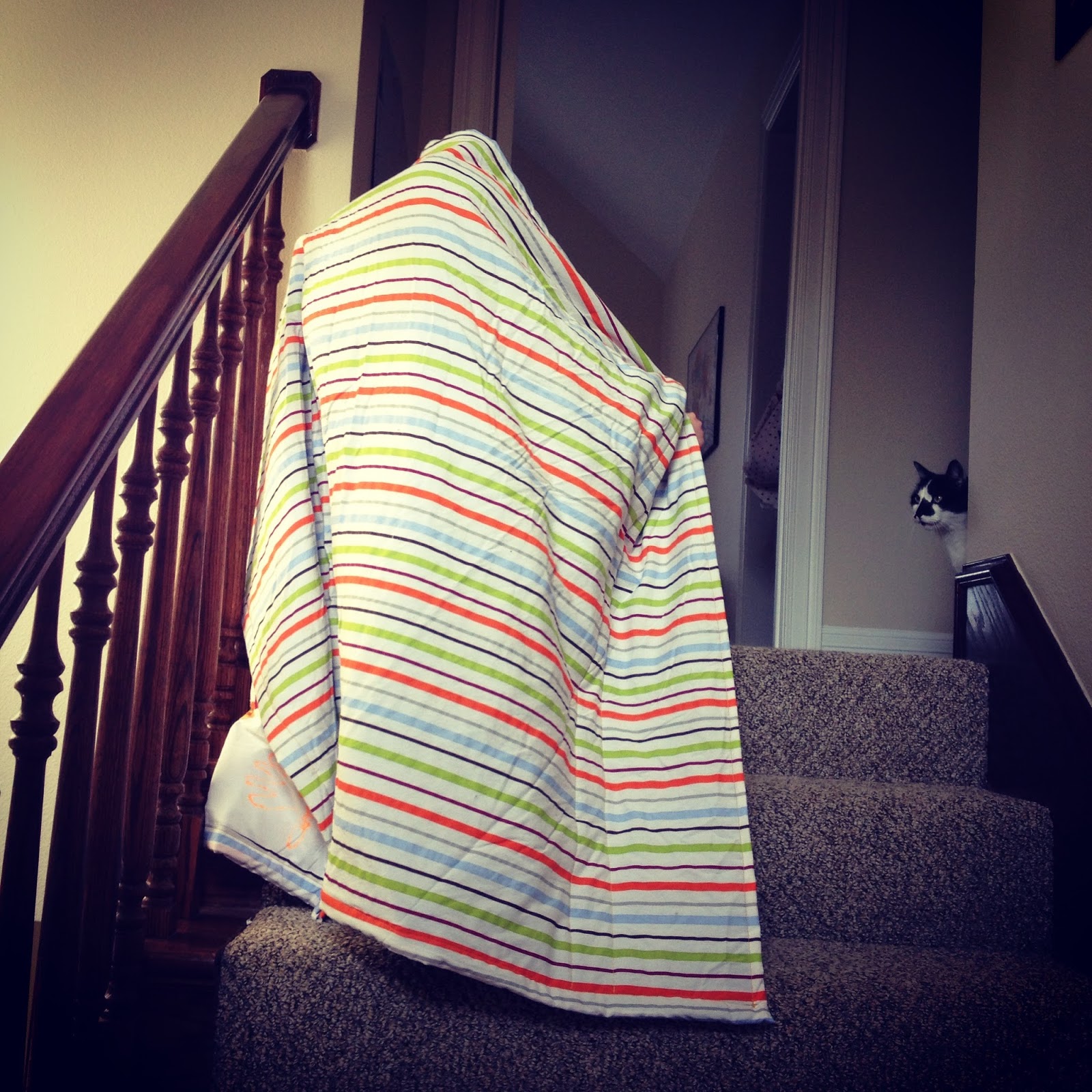 I was able to finish her throw-sized quilt by late afternoon the same day we started it, and she claimed it immediately after it came off my machine and took it to her room to "try it on." 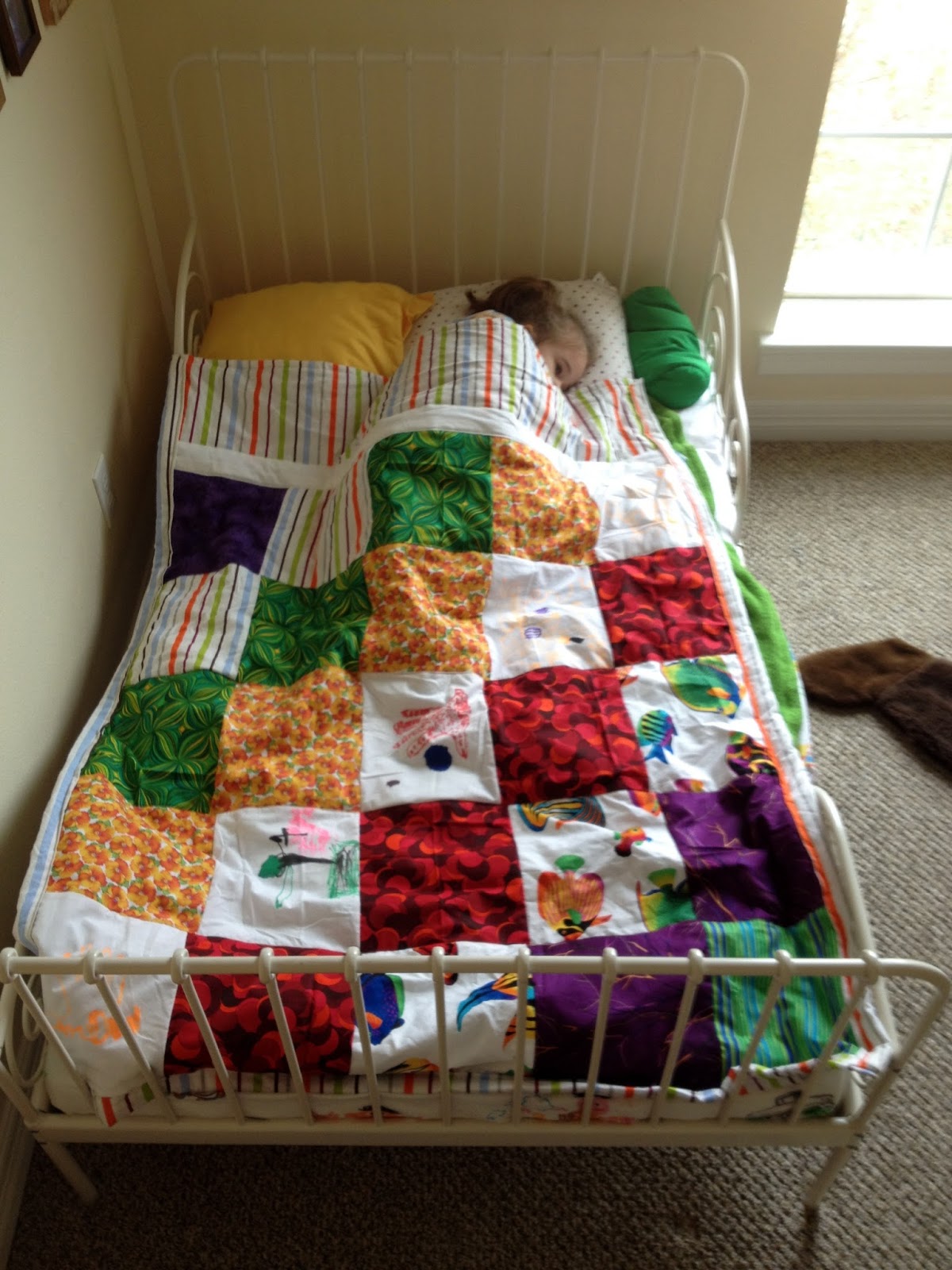 I have to say I was a little weary of the incredibly intense colors she was choosing, especially with her declaration that she didn't want anything to match, but she knew what she was doing, didn't she? I really like how it turned out, and even though it doesn't 'match' anything per se, it goes with what she's got going on in her little space.

For Henry's quilt, I used the back side of the duvet I took apart from Ikea for his curtains, an old fleece throw for the middle, and blues and greens mixed with quilt squares he designed. I was surprised by how opinionated he was about the fabric he wanted, too. His colors were more muted, and because I started with an adult-sized throw, his quilt turned out larger than his sister's. 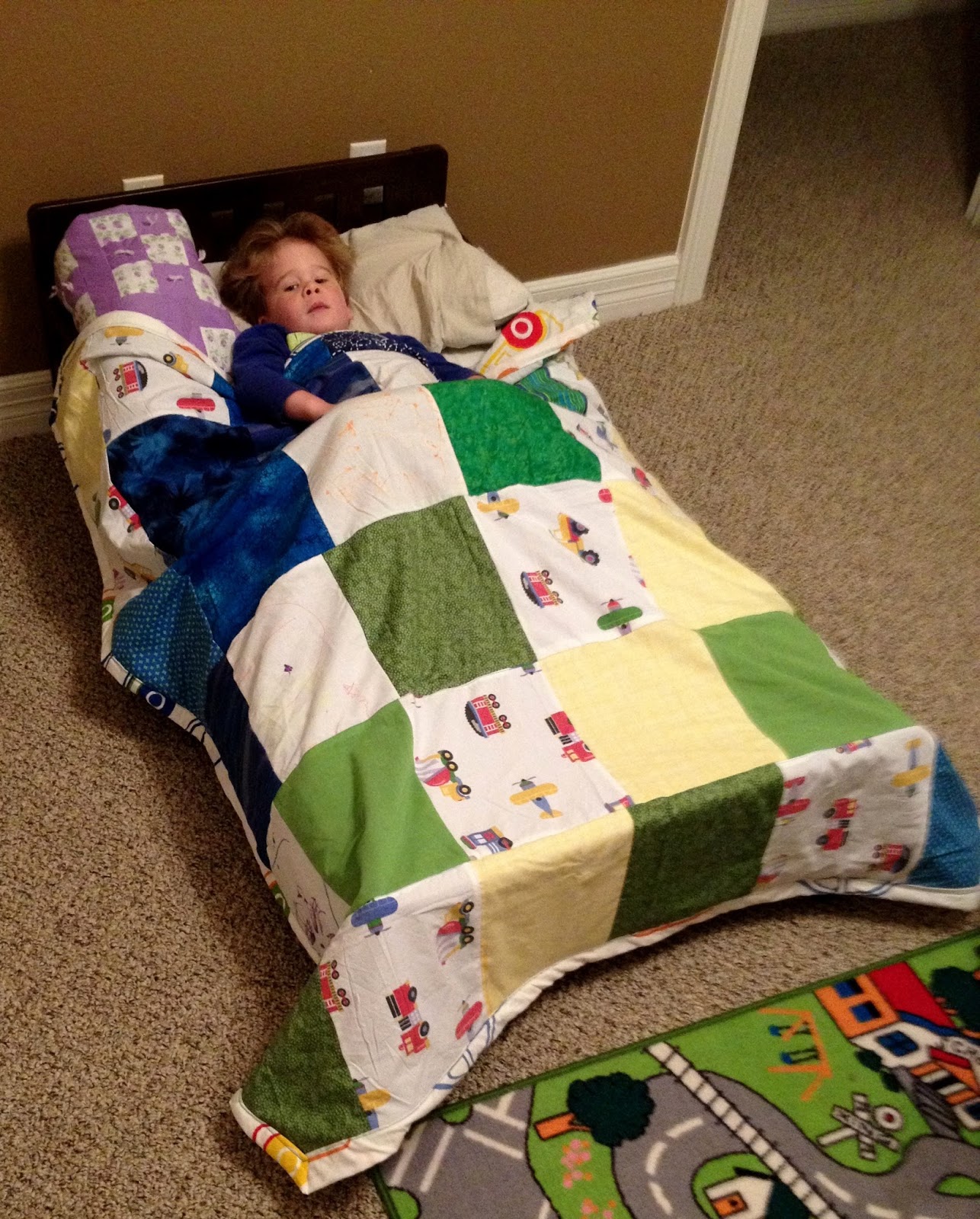 My sewing machine quit with 5 minutes left in finishing the edging- no kidding- so I didn't put the finishing touches on Hen's quilt until practically bed time, after Daddy was able to take apart and fix the defunct machine. He was super happy to stay up a little late, though, to support me as I finished, saying, "OK Mama, I hold you. You sew." Then he'd put his arm around my back and lean on my shoulder while I zipped down the unfinished edges. Adorable.

It's kinda nice knowing he has one blanket that can cover him up without his feet poking out the bottom now.

Both kiddos slept under their 'new' blankets last night, infused with lots of Mama hugs while they weren't looking so they'd feel how much they were loved while they were sleeping. Audrey was right- that is an important step.

Today our local weather is supposed to eek past 50, and that's good enough for me. We'll eat breakfast, put away the last of the laundry, and head out to the garden......... and honestly it's good to have that back on the to-do list, because I'm not sure if there's a place for a 4th quilt around here anyway!
Posted by Courtney at 7:59 AM

Email ThisBlogThis!Share to TwitterShare to FacebookShare to Pinterest
Labels: Art and Crafts, Home