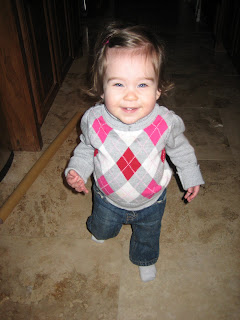 Audrey's First Trip to the ER

What a ridiculous night. What a stressful, awful, dysfunctional night! Audrey's first trip to the ER on Friday night... what a marathon.

On Friday night, after dinner, Audrey and I were getting some dessert together. Kyle was with a friend installing new headlights on his truck, and we were home alone, enjoying what was a peaceful end to a slow day. I had cut a piece of cherry pie, and put a mug of apple cider in the microwave. I had her on my hip while I got things together, and as I pulled the mug out of the microwave, she just stuck her hand almost up to the wrist into the hot brew, for no reason. It took us both a second to process what she had just done. She was just kinda holding her hand in the apple cider, shaking, and not doing anything. I had to move from the microwave to the kitchen island to put the mug down so I could then pull her hand out of the mug. Once her hand came out of the juice, she started screaming, and didn't stop for the next hour.

I held her hand under cool water. I tried to get her to hold refrigerated items (like bottle necks and a baggie of leftover peas). I even took her upstairs and gave her a squirt of baby Motrin. Nothing even took the edge off her volume or intensity. I finally called the Blue Cross Blue Shield nurse-on-call, explained the story in a nutshell, and was told to call the pediatrician's after-hours nurse. After calling and leaving a message for the nurse-on-call, I decided it was time to take Audrey to the urgent care place in town. I received a call back from the pediatrician's nurse on the way out the door, who confirmed that I had made the right choice. We were on the road just before 6:30pm, and Audrey had burned her hand at about 6.

Once at the urgent care place, I had to juggle the screaming Audrey with the rounds of paperwork I had to fill out, and by the time we were seen by the doc, Audrey's knuckles on two hands had started blistering.

The urgent care place was great. One nurse started calling around to find the nearest ER that could handle such a small burn victim. The doc left and came back within a few minutes and spread cream on Audrey's fingers and wrapped her up with gauze. We were then given direction to Children's in north Dallas, and we were back on the road in less than 15 minutes. (We were told that because Audrey had been burned in such a critical area- her hand- they were not equipped to diagnose or treat her, and we had to go to a bigger facility, hence, Children's.)

We were parking and sprinting through the cold by about 7pm, and since Audrey had received the cream at the urgent care place, she had stopped crying and seemed to be much more comfortable. Infact, she wouldn't cry out of pain for the rest of the night.

At 7:10-ish, I was sitting in a waiting area, waiting to see a nurse to be checked in. By 7:30pm, I was in the official ER waiting room, and shortly after, Kyle arrived. From then on, it was a waiting game. I mean, a waiting game. The next time we talked to another medical personnel, it was after 10, and that was a quick vitals check, and then back into the waiting room. Then a social worker came to check on Audrey and hear our story about how she had burned her hand. Then more waiting. We were finally moved into a room within the ER at about 11:30pm, and saw a 4th year resident doc at 12:15am. Then we waited more. Then another doc came in and said she'd need some cream and gauze, and she'd be fine (which was what had been done before 7pm while we were still in Cedar Hill... awesome). Then we waited some more. Then someone came in with our discharge papers, but no cream, so we had to complain a little, and a third doc came in and looked at Audrey's hand and left. Still no treatment. Finally the supervising doc came in and we re-explained everything, and it was found that the doc who should have ordered the cream for Audrey hadn't put in the order. Once that was straightened out, a nurse (who had been at the nurse's station the entire time on Facebook) came in with the cream, treated her in less than 5 minutes, and after filling out our paperwork, we were allowed to give Audrey some water and go home. We were walking to our cars at 1:15am.

The icing on the cake: at the parking garage, Kyle didn't have a bill small enough to pay the at the automated exit machine, so I had to walk my only cash to him and feed it in to the machine so he could leave. Once he paid, the machine spit out a bunch of dollar coins, and Kyle pulled out. I pulled up behind him with the change the machine had spit out, and the machine wouldn't take the type of coin it had made change with. SO I had to dig frantically through cup holders and wallet to get change enough for me to leave, while the people lined up behind me started honking impatiently.

We got home around 2am, wiped Audrey down with a warm washcloth, put her in her pj's, and tucked her in.

The next morning, she slept in until 10am, and took a 3 hour nap at 1pm. Our brave little trooper. She only fussed here and there at the ER when she was tired or thirsty, but she was so good. It is now Monday, and she is doing very well. Her hand doesn't seem to bother her at all, and the docs all agreed that she'll heal well and have no scarring. What a stressful introduction to the ER, but what a blessing that the only reason why we were there was a first-degree burn that will heal on it's own. 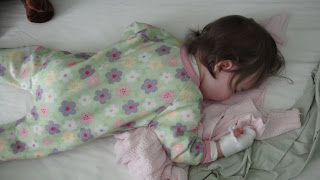 Posted by Courtney at 3:34 PM No comments:

On Tuesday morning, I heard on the morning news that the cold, crisp weather as we knew it was about to take a turn for the worse, and in 24 hours would be in the teens. I decided that we should take advantage of the tolerable temperatures while we still could, so after errands and nap time, we headed to the neighborhood park (our backyard is muddy and inhabited by a furry mud-beast). We spent about 45 minutes before dinner playing and having a great time... that should go a long way in the battle against stir-craze. 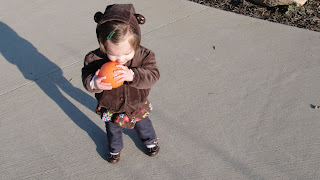 We arrive, and Audrey focuses on her bouncy ball 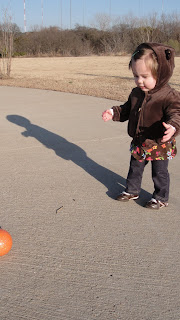 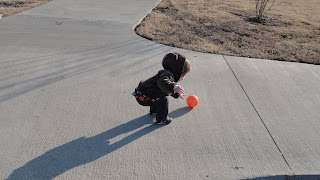 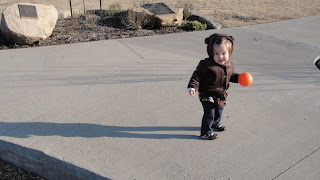 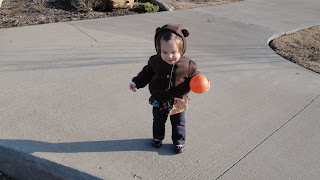 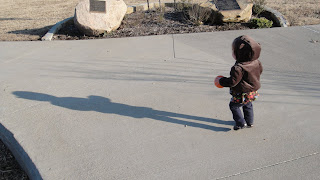 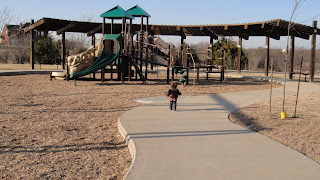 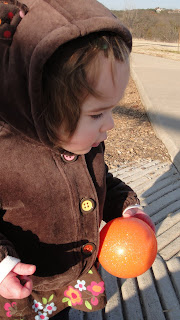 What to do with the ball? 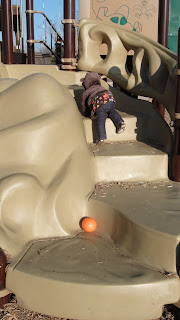 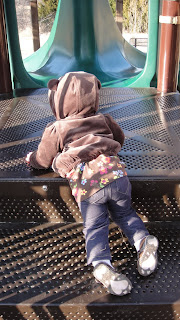 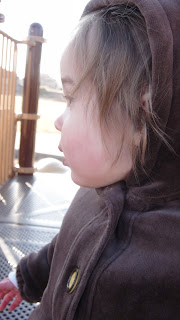 Surveying the view from waaaaaay up here 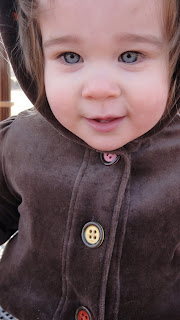 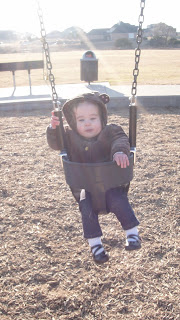 First push on the swing... meh 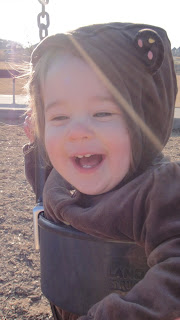 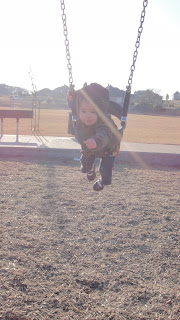 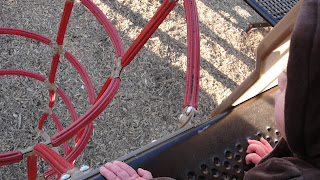 Back on the equipment- so high up 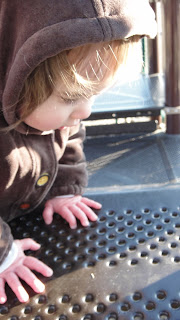 Someone punched holes in the floor! 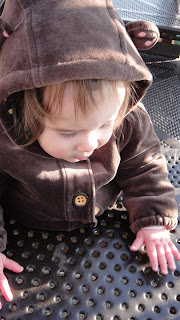 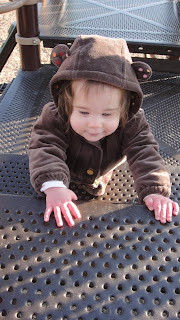 Going down... time to go home and eat!