Well, my sickie chickie is all better and back with her flock this morning.

I have no idea what was wrong with her.

OK actually I witnessed her recovery and I know exactly what made her better but I have no idea what was wrong with her...

...because I have no idea what I actually witnessed.

Here is a picture of some beautiful spring grape hyacinths, because you should have a little warning before the rest of this blog post loads on your screen: this is disgusting. I'm totally posting a blog today about something bizarre, weird, beyond words, and dis-GUS-ting. So be forewarned, and stop reading here if you just wanted to know that the chicken is fine. 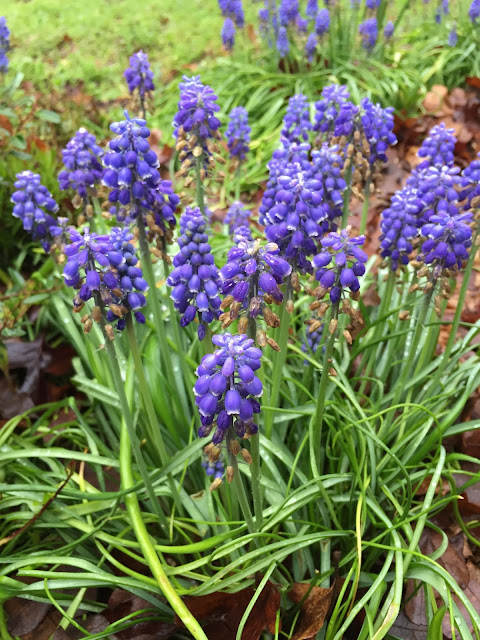 Ssssssssssssssssoooooooooooo... too curious for your own good, huh? You can't un-see this, I'm telling you, this is so gross. But you're still reading, so here's what happened last night:

Last night after dinner I took some cooked rice out to our patient and she inhaled it. Encouraged by her appetite, I brought out more rice and let her have as much as she wanted, which ended up being about three tablespoons or so. I then went back inside and finished doing the dishes. Just before bedtime I went to check on her one last time and noticed that it looked as though her leg was sticking out from her side at an unnatural angle. The closer I looked at what was sticking out from underneath her, the less it made sense; there was a fleshy lump, covered in goosebumpy-skin without feathers, slightly moist looking and a little too smooth to be her leg.

So of course I had to reach in and poke it.

And it rolled out from underneath her, completely independent of her body.

Here is what I ended up taking out of her cage last night: 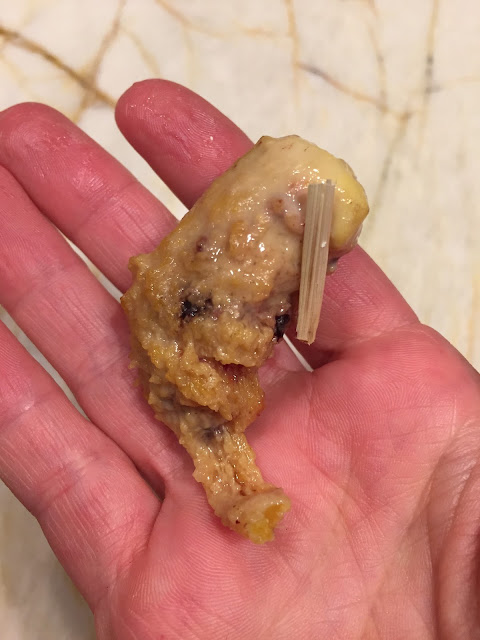 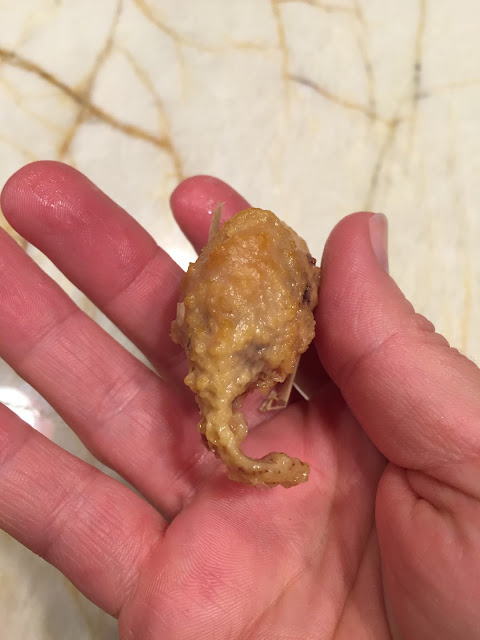 It had the look and feel of a cooked piece of chicken, and it most definitely wasn't there earlier in the day.

You know I had to cut it open and see what the eff. 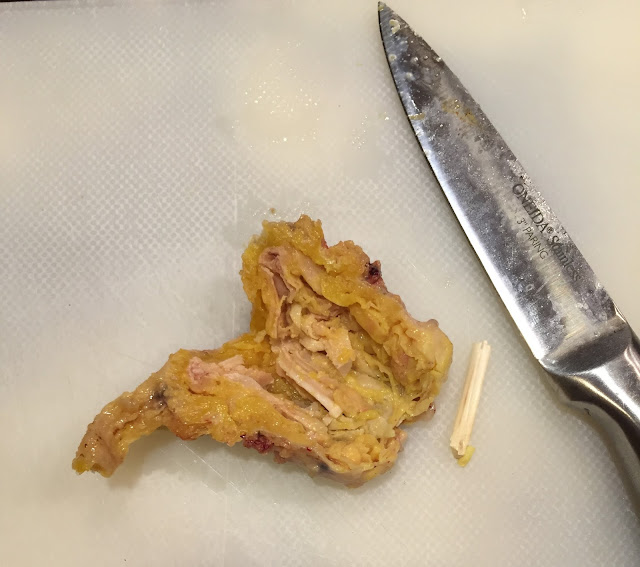 Inside the thing was more "cooked chicken"-like stuff, but it had a gritty texture... when I first cut into it I expected sand or something similar, but there was nothing obviously hard. It was almost like whatever this thing was had started calcifying in her body or something.

My best guess is this is some kind of distorted, morphed, long-gone-wrong egg that she's been plugged up by and she finally purged it last night, ultimately leading to her feeling way better.

I want to know for sure though, because this thing haunts me. Vom. So I've put in a call to the Texas A&M poultry extension office. I'm hoping I'll get a hold of someone curious enough to give me their e-mail address so I can send off these pics and get an expert opinion.

Because really, what the flock?!

Also, you're welcome. Enjoy your breakfast this morning.

Post edit: I have finally figured out that this thing is called a 'lash egg' and is basically a concentrated ball of puss and debris that can be a result of a variety of ailments, but they're usually all pretty terminal. This chicken relapsed a few months later and did not recover.
Posted by Courtney at 8:19 AM