(The Death Of) Our Giant Pumpkin

Anyone notice the shot of our giant pumpkin in my Solstice post? Isn't it a beauty, all round and light orange and huge? The last of it's kind, and such a show-stopper out in our garden! 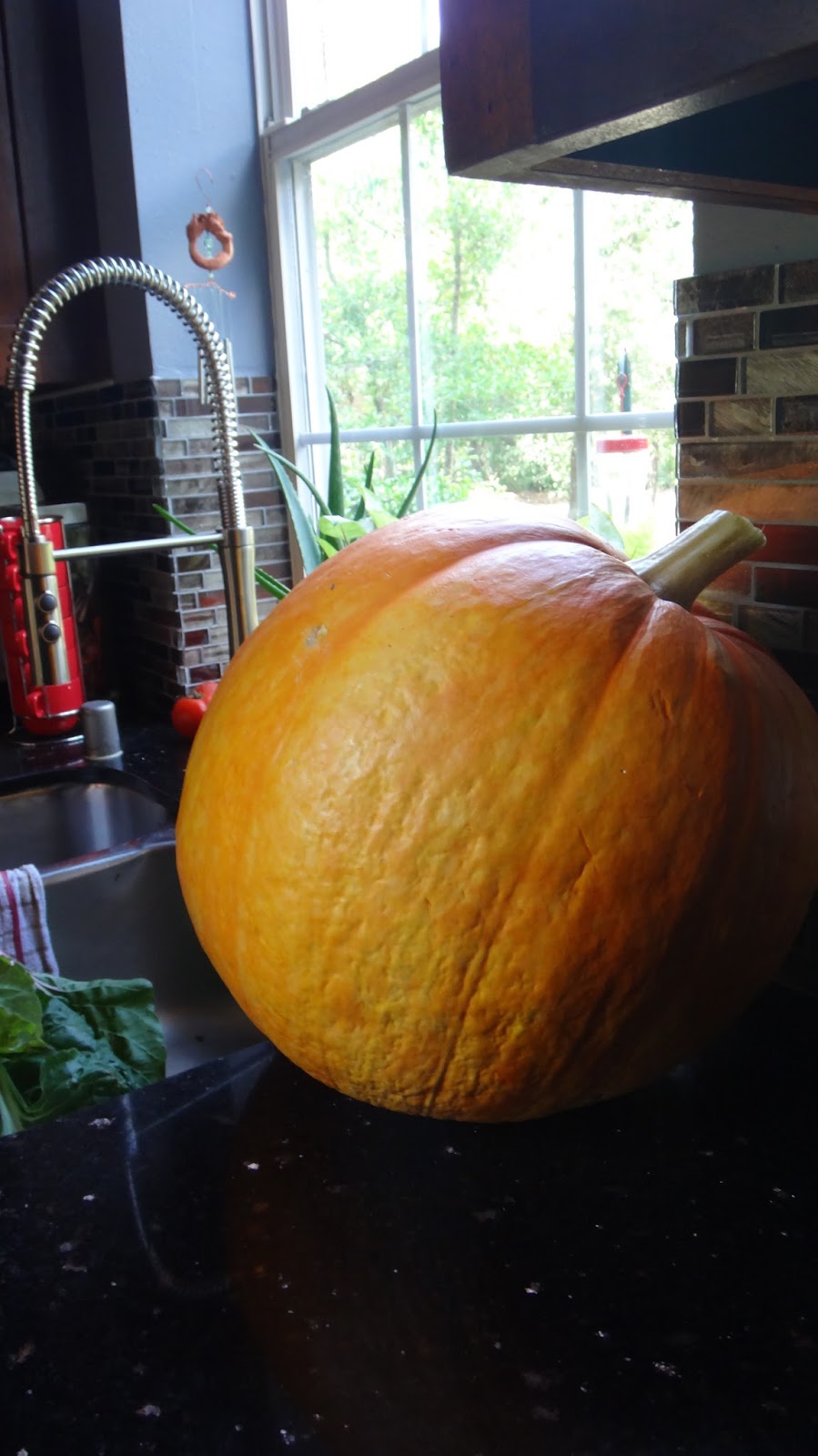 Ah, but c'est la vie, it wasn't even a week after I took that photo that I started to notice it wasn't so round anymore, and it's color not as uniform and light... a quick check on the underside revealed that it had fallen to a colony of termites. Termites! 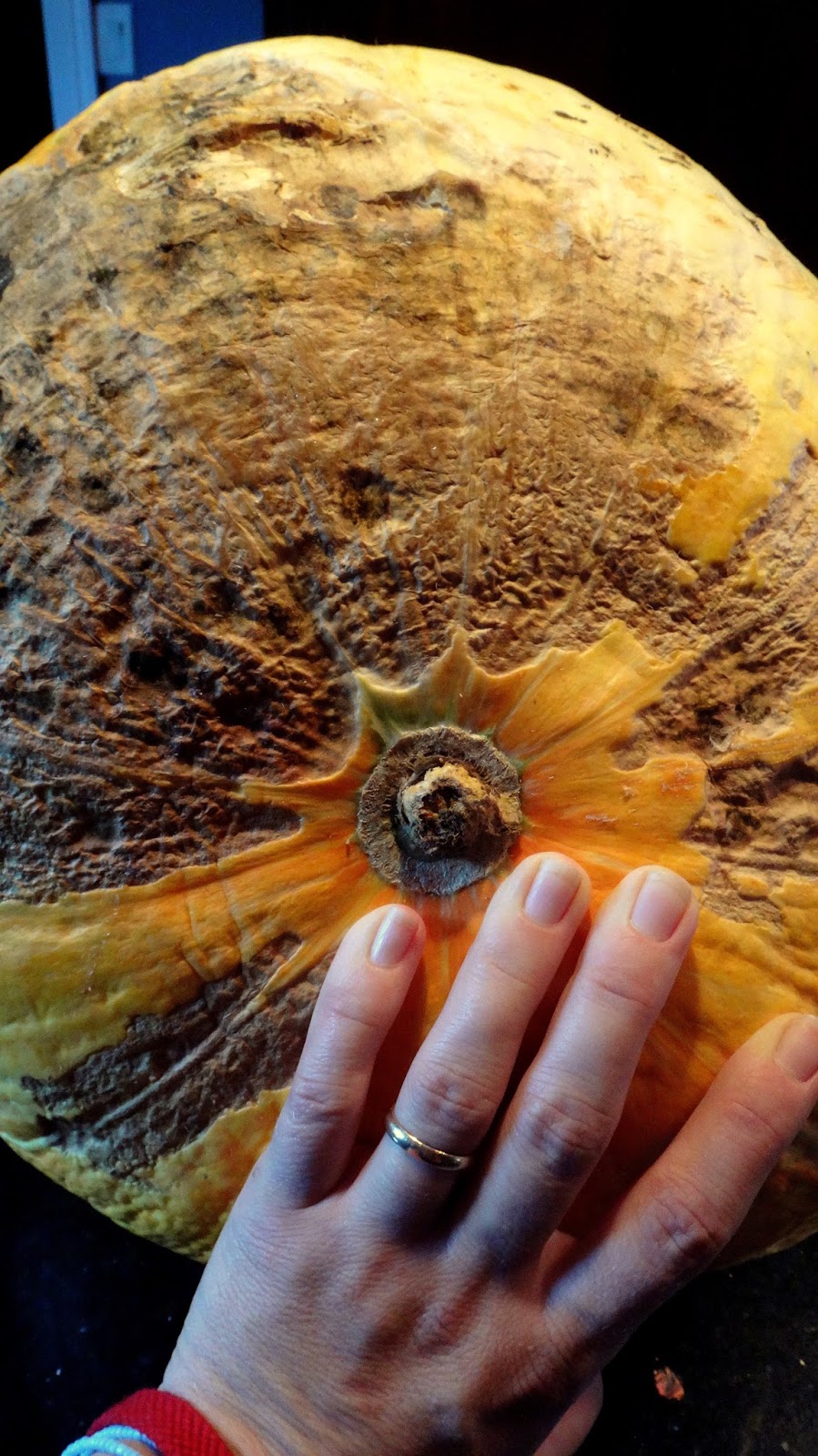 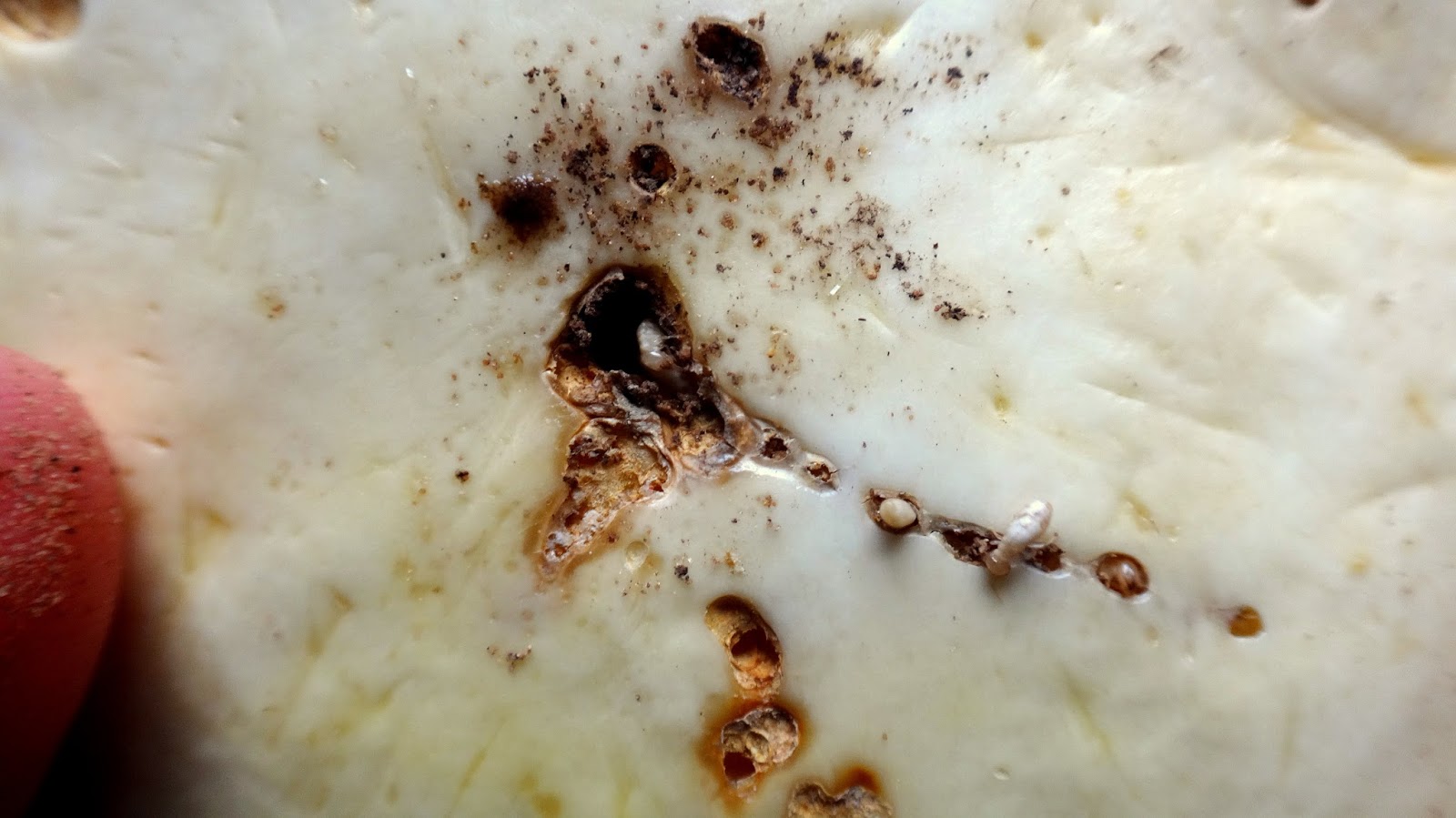 Pumpkins. My Achilles Heel. I swear! One of these days I'll pull it off and have home-grown pumpkins in the fall. This year is not the year though, apparently.

After watching all the other baby giants wither off the vines and find their way into the chicken coop or compost pile, and after loosing it's basketball-sized neighbor to the same pests, I was feeling cheated and defiant- not this one! I will have this one, one way or another.

I Googled and scoured cookbooks and called my mom. There had to be some resource out there with directions for using an under-ripe pumpkin. All that really came up, though, was how to ripen a green pumpkin. That's about it. So I decided to improvise. 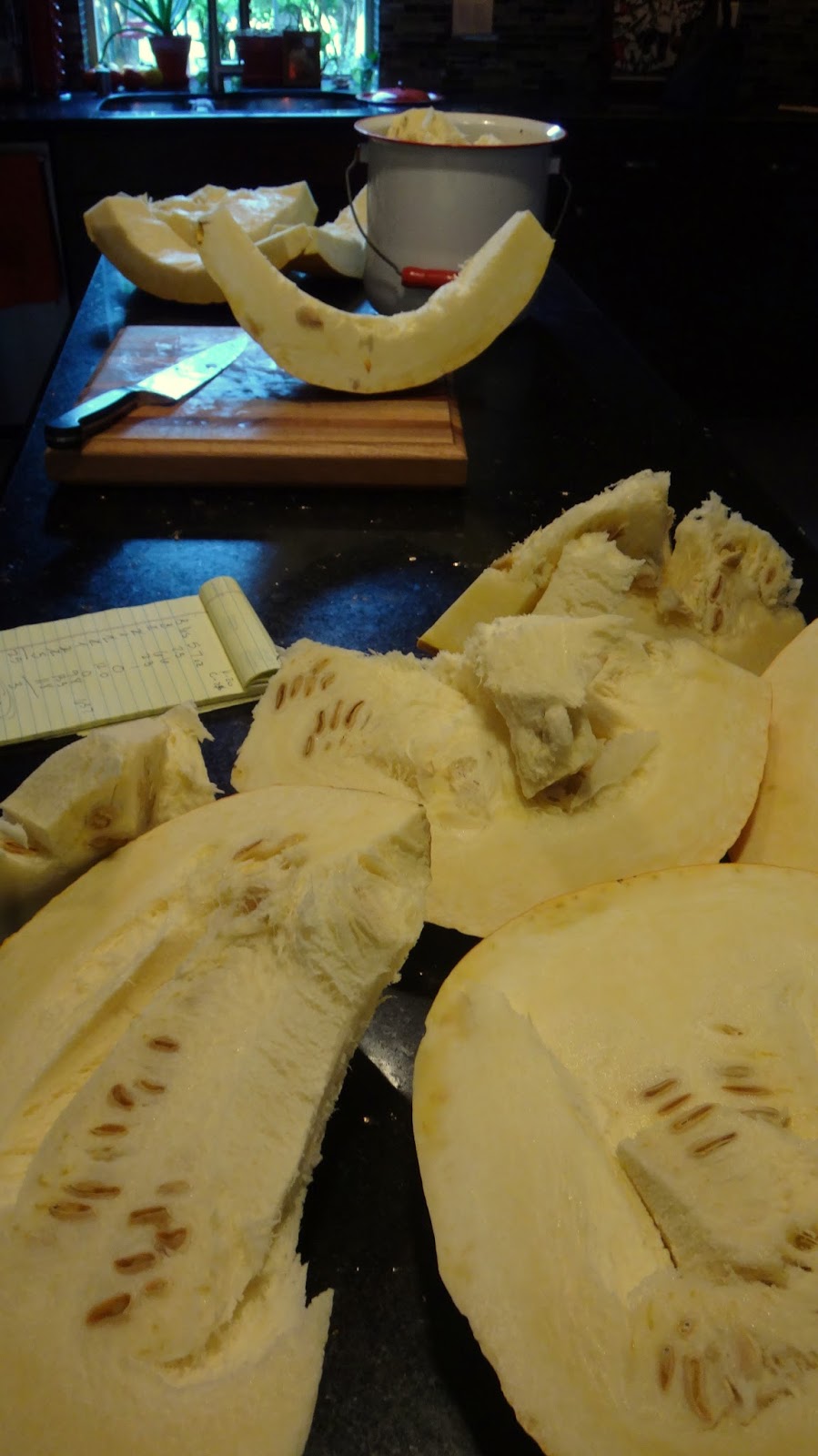 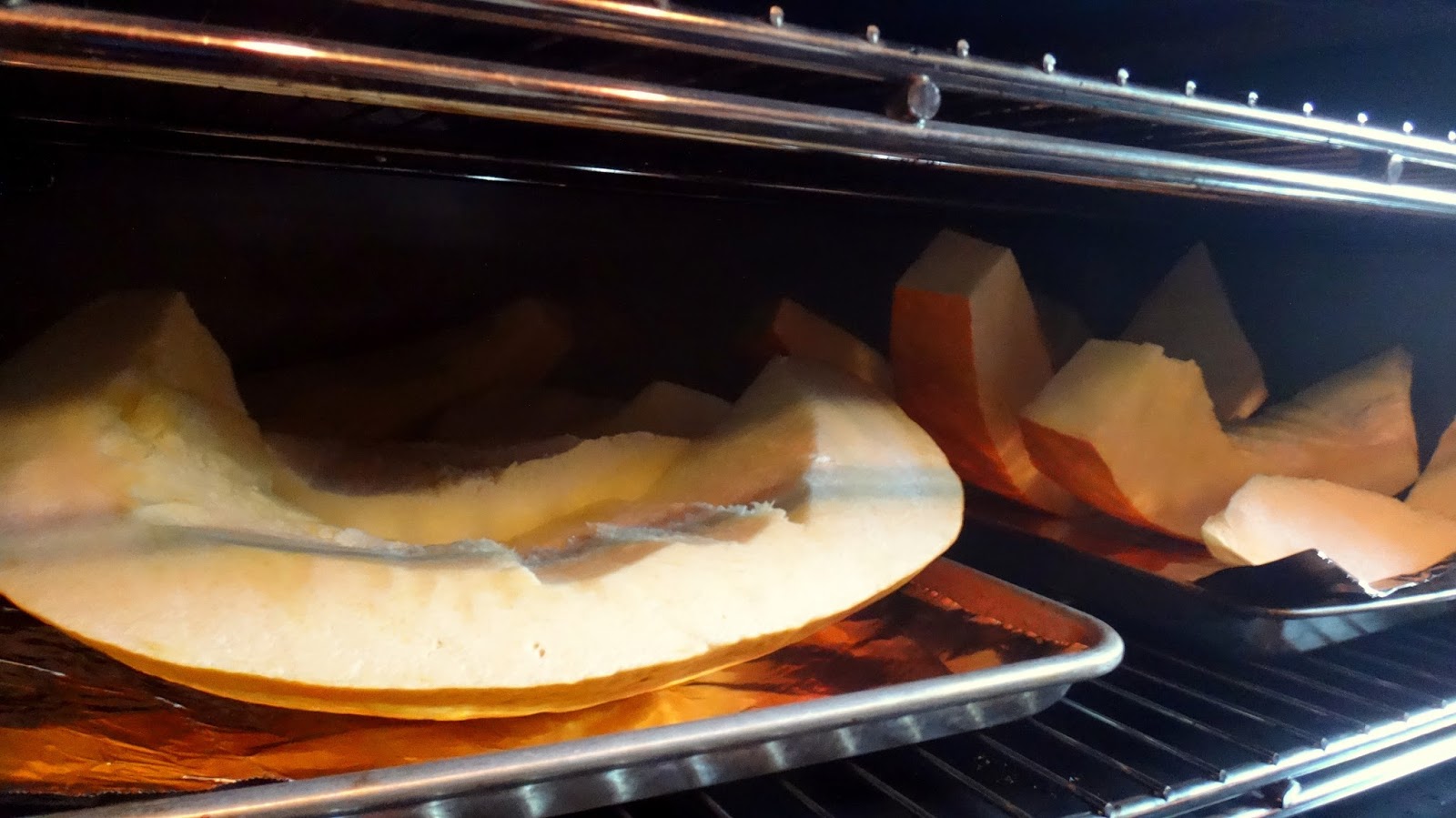 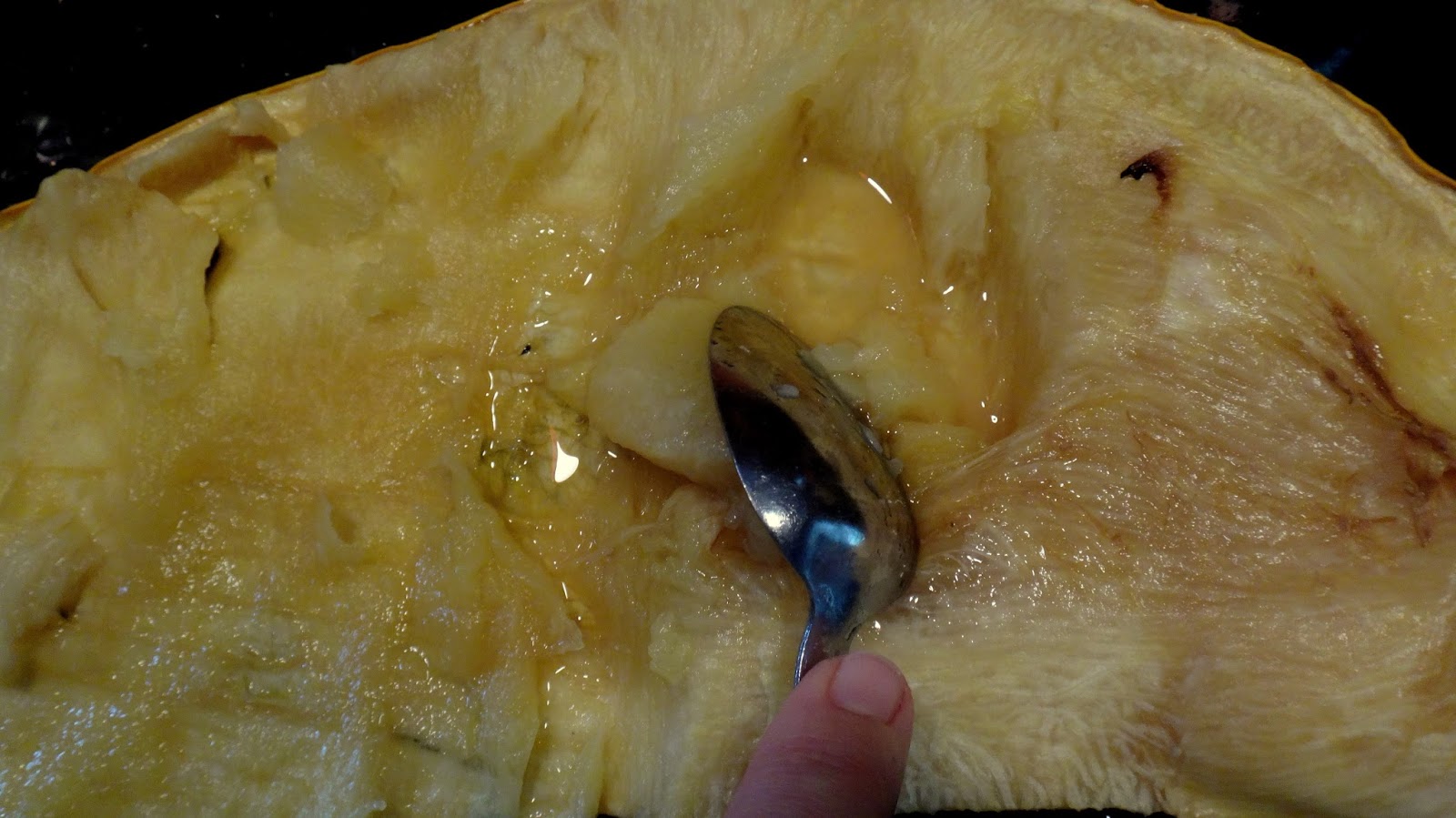 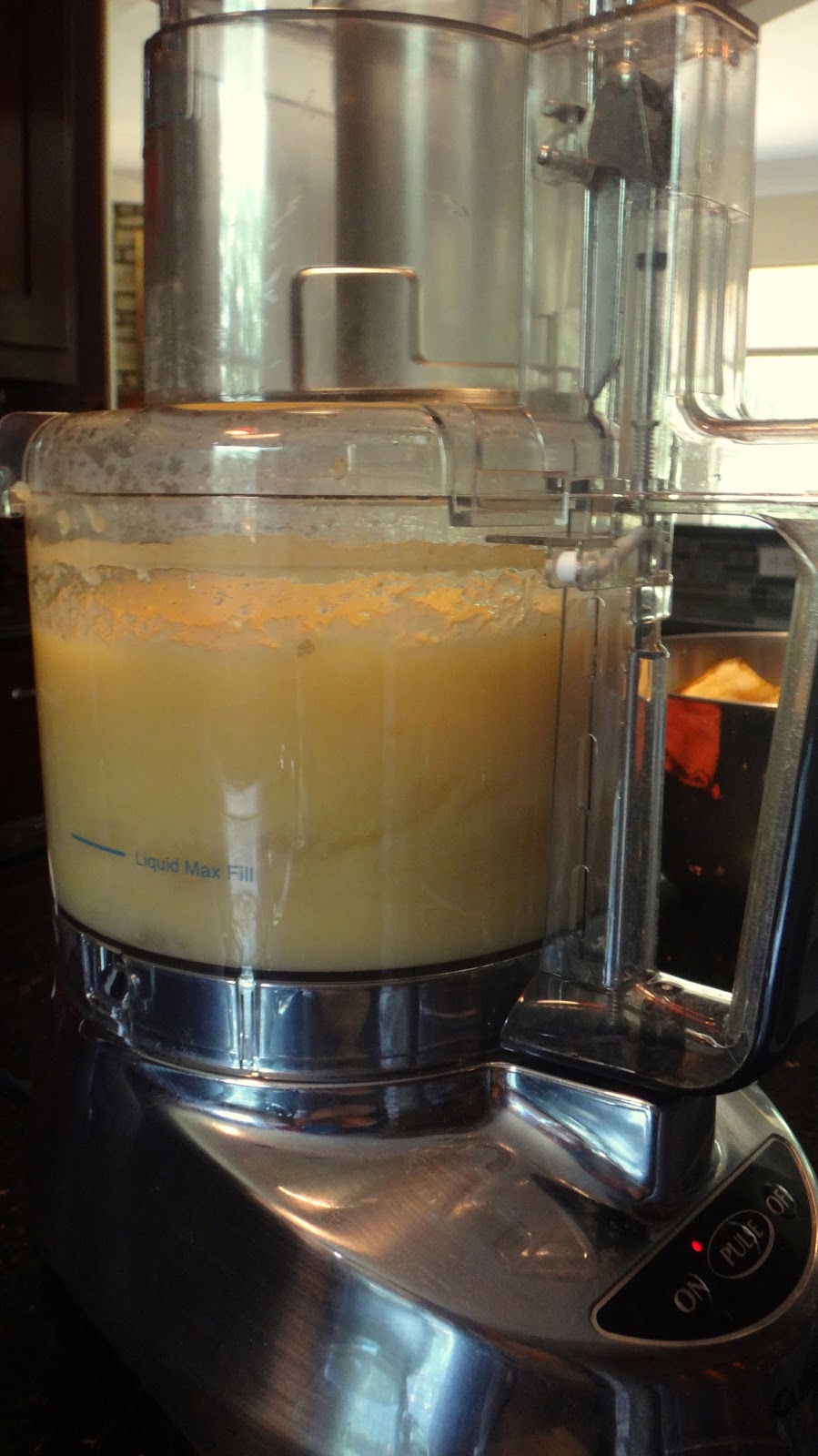 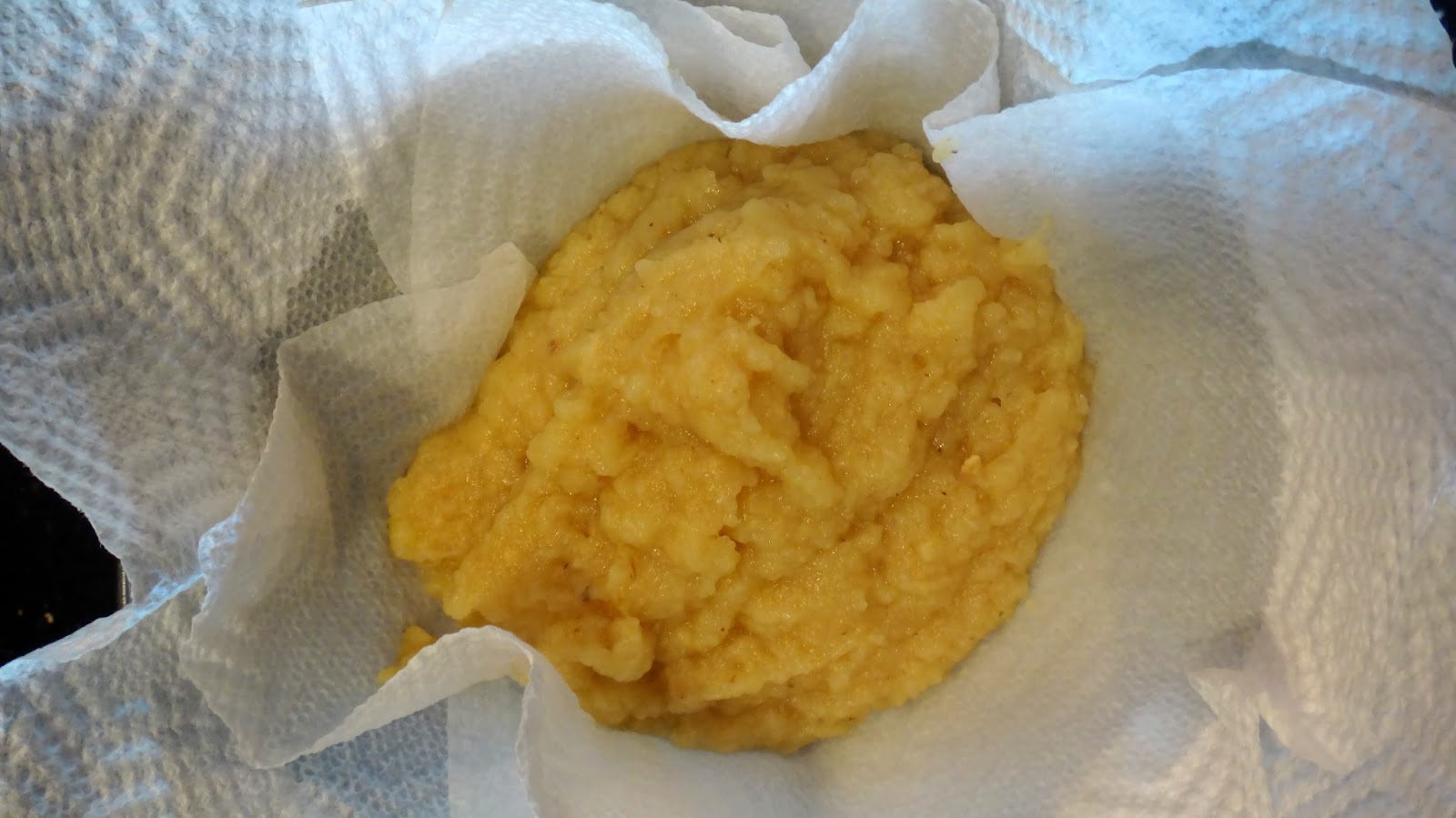 This sucker was one ounce shy of 29 pounds when I cut it off the vine and brought it in. I can't help but wonder how big it would have gotten had it made it all the way through the summer. *sigh*

Not really knowing what to do with this beast, I just carved it up into slices that would fit into my oven, roasted it at 375F for a little over an hour, then processed it the same way I would have for a ripe pie pumpkin- scoop, puree, drain.

In the end I filled a one-gallon freezer bag to bursting with the puree, with enough left over to have stewed pumpkin with dinner that night. The verdict? I should have stewed it longer. It had a flavor and texture a bit like slightly al dente spaghetti squash (kinda watery too, even though I drained it). I think the next round will need extra cooking time to soften it up a bit more and sweeten it, but overall I'm glad I didn't toss it to the chickies, because it's a totally workable product. Maybe not for pies, but for much more than animal food!
Posted by Courtney at 5:00 AM