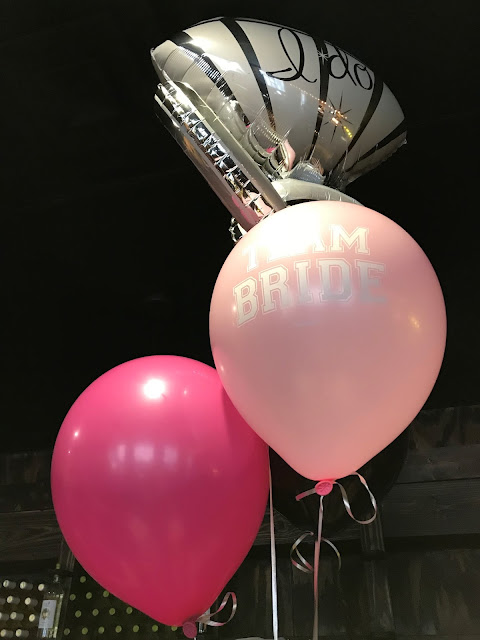 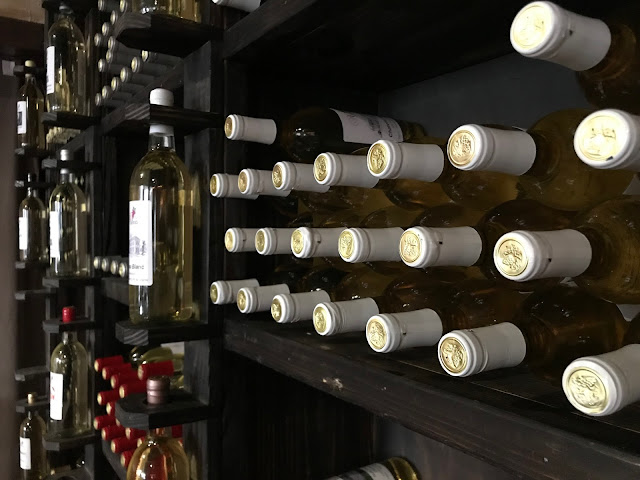 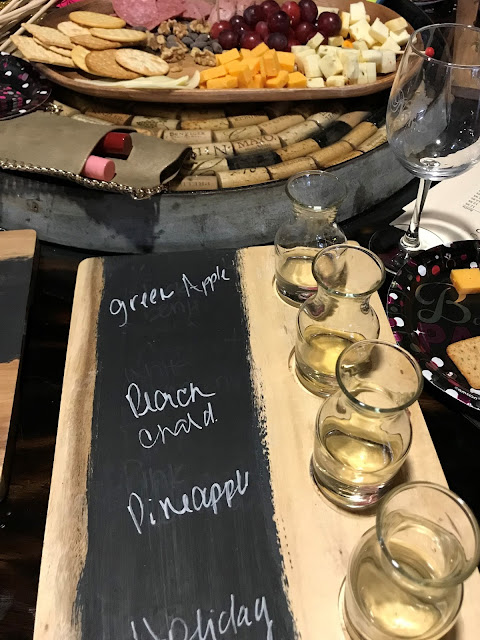 ...coming down from a weekend spent celebrating the upcoming nuptials of my sis-in-law and her beau, which involved a 24-hour trip out of town, a really late night, and a surprise cold front that made me regret everything I'd packed. 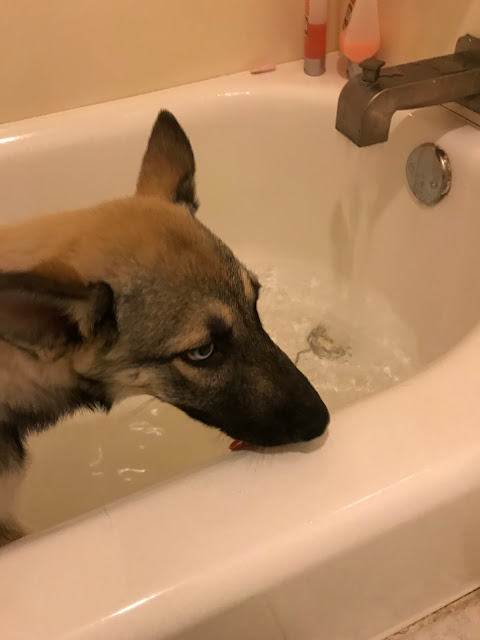 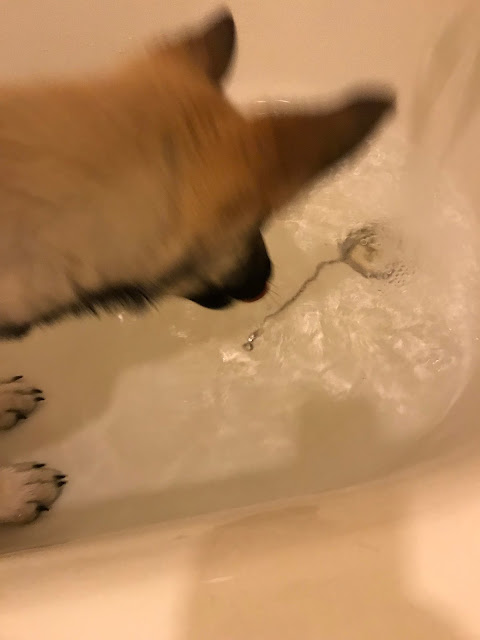 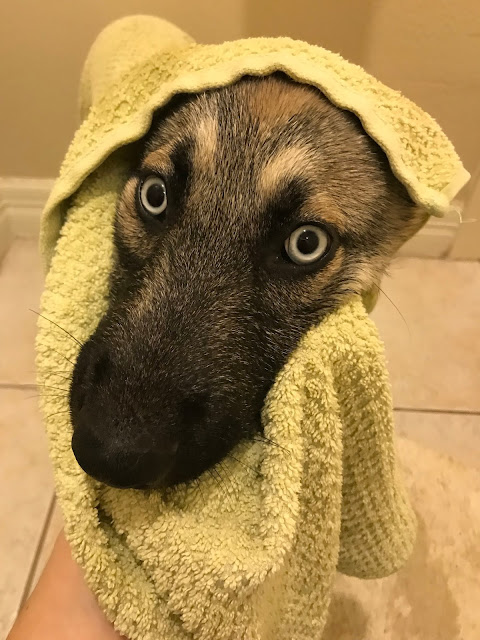 ...enjoying a newly fluffed and perfumed pup who was discovered to have taken a swim in the pond while we were out of town and smelled like fishy death warmed over when we got home. Things are so much better now after her first bath... now she's just normal puppy smelly! 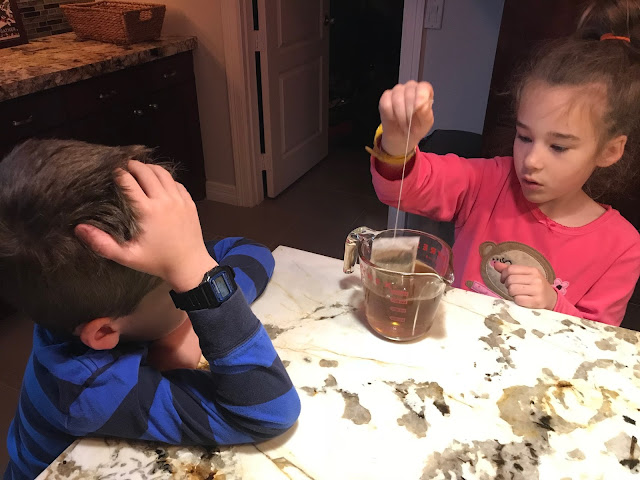 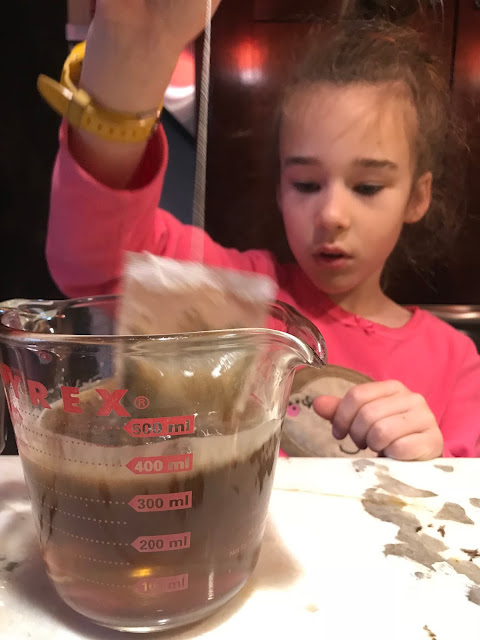 ...laughing at these dramatic kiddos of ours who came downstairs on Sunday morning "groggy" and saying in pretend-sleepy voices that they needed their morning coffee. 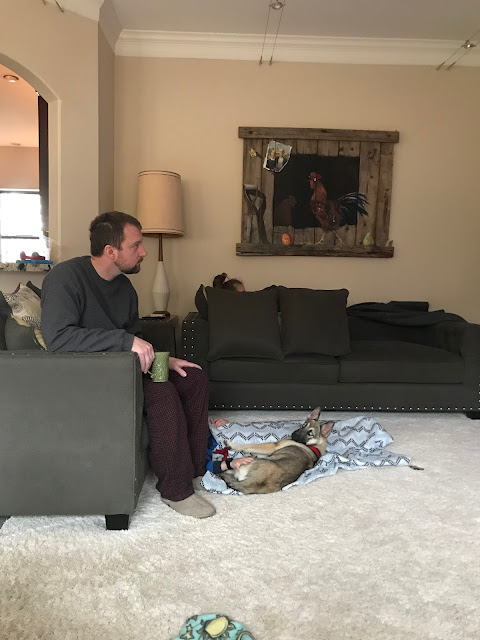 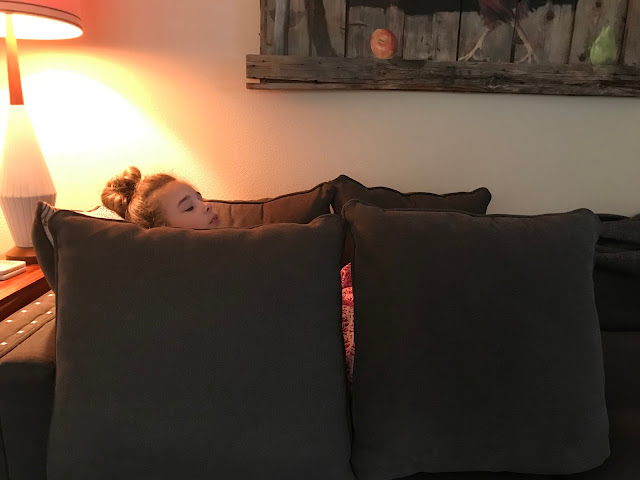 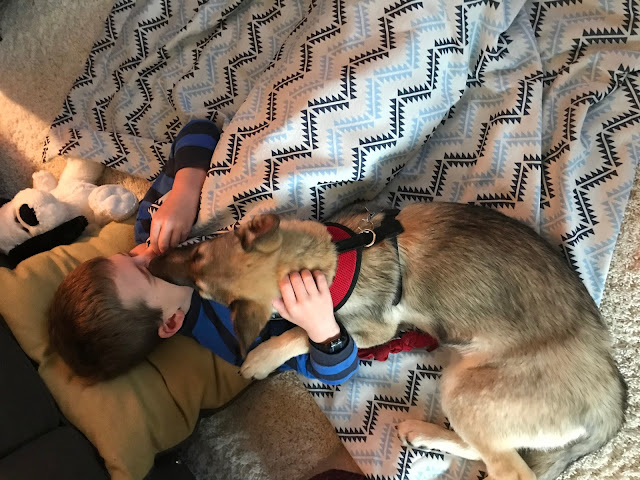 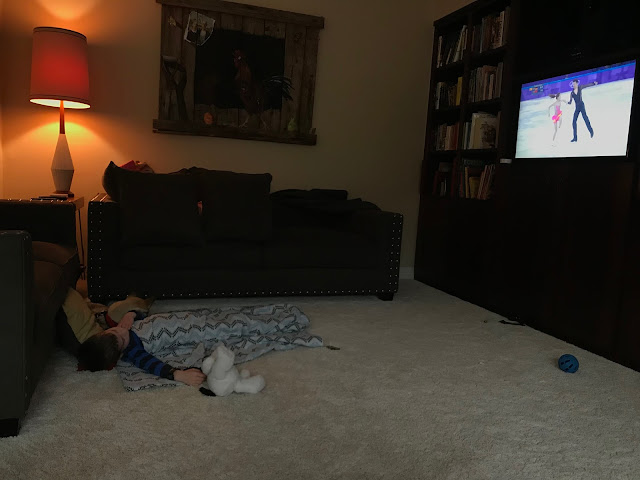 ...still picking up from the nests made in front of the TV for the entire duration of the ice skating portion of the Winter Olympics. My kiddos were enthralled, and spent the rest of the afternoon sliding around on the floors in their socks trying to do 'twizzles.' 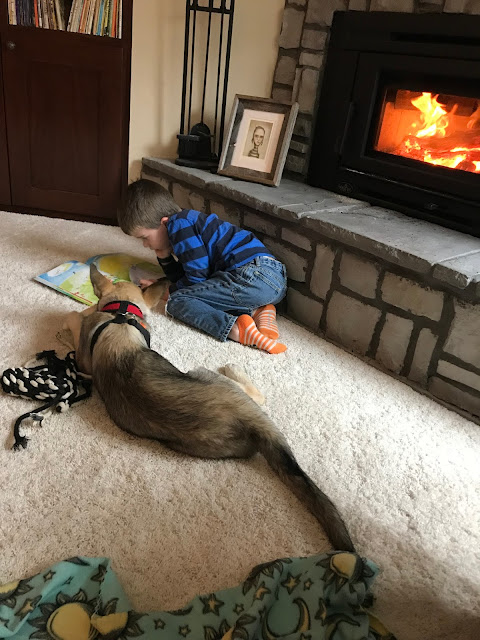 ...nursing a little guy who crashed at the end of the day and spiked a fever overnight, keeping him home from school today. At least he's been wanting to read without prompting. It's a bummer he's under the weather, but we're not in a bad spot.

Right now, I'm feeling extra grateful I made myself get out yesterday in the freezing drizzle to get the grocery shopping done! Now we can just hunker down, read books, and inevitably end up watching some more Cake Wars, I'm sure. It's all good, though, as long as it's all in the name of getting everyone back to feeling like themselves again.

Happy Monday-ing!
Posted by Courtney at 8:28 AM