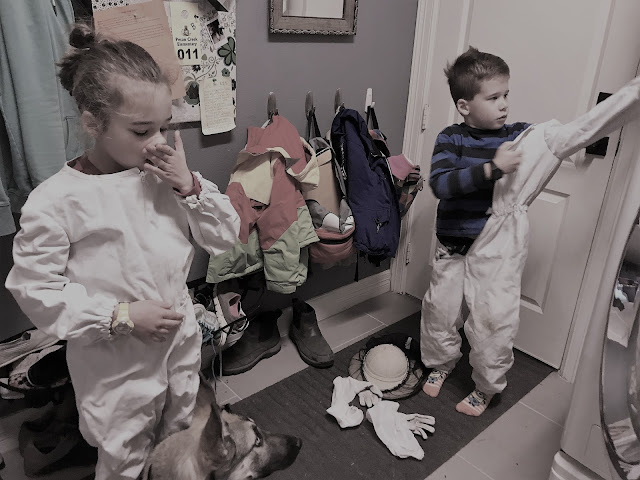 It's no secret that I'm a proud beekeepin' Mama. My Littles never had to be convinced to join me when we took our first steps to becoming beehavers, and they've been right there beside me as we've wobbled our way through becoming beekeepers. They even have their own custom-made wee bee suits, made especially for them by a sweet and talented friend. 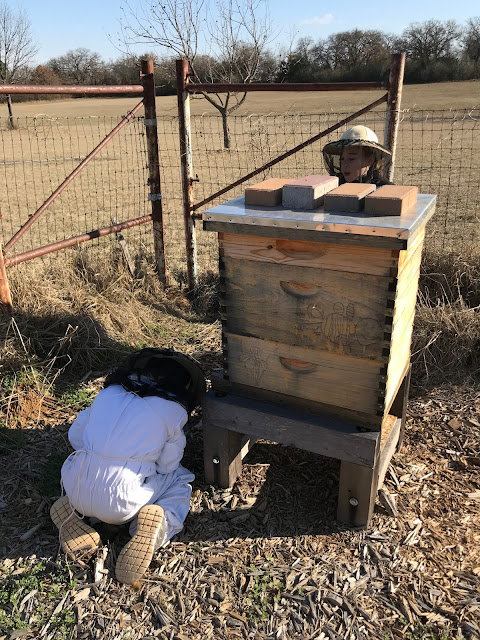 In the beginning of our adventure, I had no trouble sparking their interest in joining me whenever a hive inspection was due, or we needed to top off feeders, or check honey stores. As soon as Mama's suit came out, they were practically diving for their own. Even my sweet, smart girl- who early on showed signs of having a bug phobia despite so desperately wanting to be like Mama and be brave- would suit up and stand calmly beside our open hives, watching the bees fly around her.

And our Bubba? I've had to practically pull him back from climbing in to the hives to see what's going on. Did I mention he got his first bee sting on Sunday? Yep... right on the neck. Thankfully he's not freaked out by the knot he still has at his collar line and is actually kinda proud of now being a "Real Beekeeper." I bet he'll listen, though, the next time Mama tells him not to take off his veil before he gets checked for straggler bees! 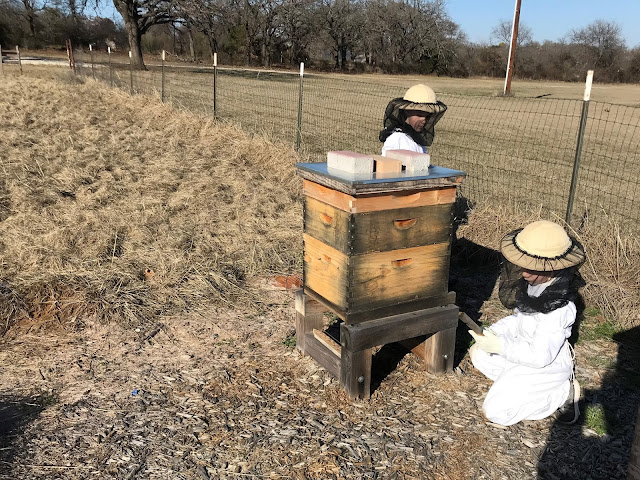 Anyway, back to what I was saying: during this most recent hive inspection, I noticed a pretty significant shift in Audrey's attitude. Granted, it had been quite a while since she had been out to the hives with me (it being the end of winter and all, there wasn't really a need for the whole posse to come along each time I checked on the girls)- this time around she absolutely freaked out once the bees started bumping her. It really surprised me.

And now I'm faced with one of those dreaded Parent Decisions: do I let her bow out of this hobby that we've been doing together up until now? Or do I insist that she come back out with us, and try to desensitize her to something that obviously has grown from something that's been part of her for a long time?

We had to make a similar decision about her piano lessons a few months ago, and we decided we'd influence her to stick with it. Granted, she didn't want to quit piano due to a phobia- her issue that time was just stubbornness. No regrets with that one.

But this? This time I'm thinking I'll let her back off. I want her to remember this unusual hobby of ours as something fun and special, not something she dreaded and was forced into. Maybe in that way- in giving her the control- she'll circle back around to it... in her own time.