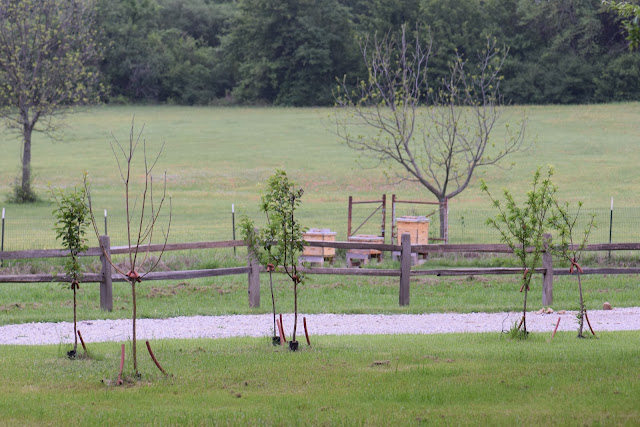 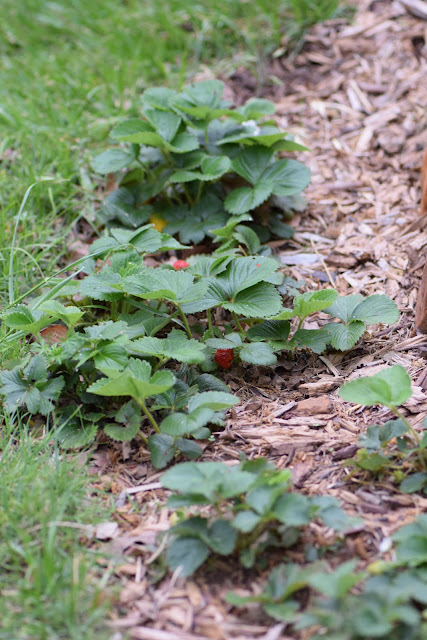 But everything looks perfect from far away, now, doesn't it? Let's keep it real- things are far from perfect over here right now, and I'm going to spend this post bitching about it all. Let it be known that this gardening year will now be known as The Year of Working Out the Kinks. What a difference taking a year off makes (and for us this time around, not a good difference); we have a little plant drama on our hands this spring, y'all... 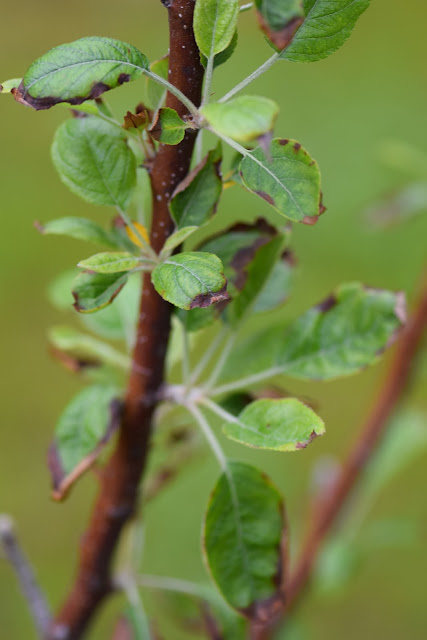 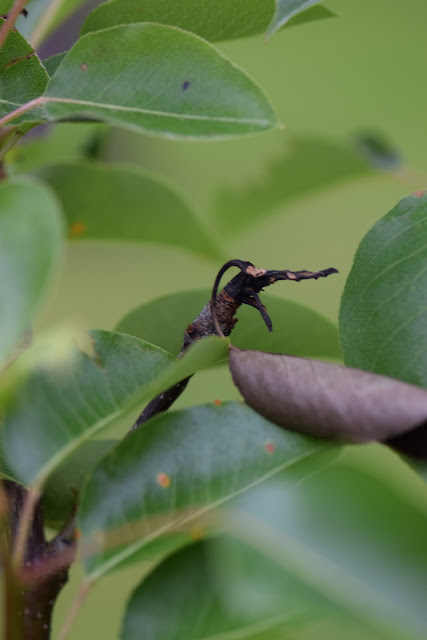 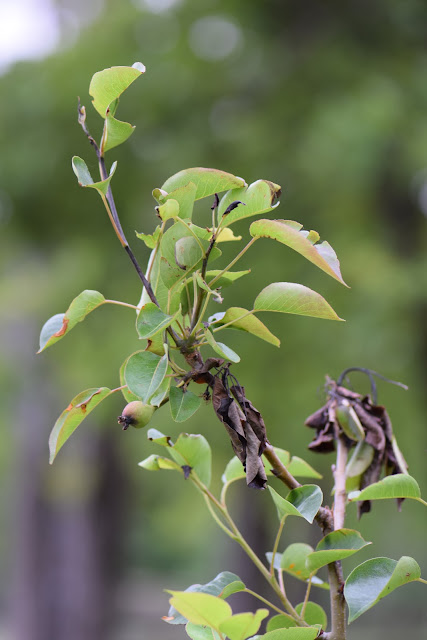 After a huge larger-than-golf ball-size hail storm, I went out to assess the damage to our baby fruit trees and found that the hail had actually not bothered them much, but all my pear and apple trees instead were hurting from a serious attack of fire blight. After doing a little reading about this highly contagious bacterial disease, I realized that my older apple trees have probably been struggling with this stuff for at least a year already, and I just didn't know enough to recognize it and prevent it spreading to the new little babies. So that's our first issue... 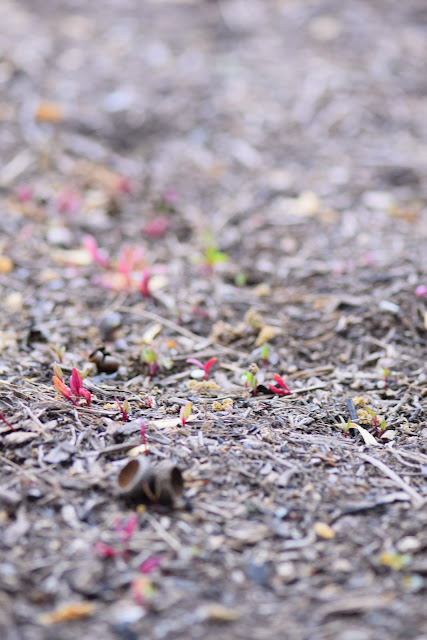 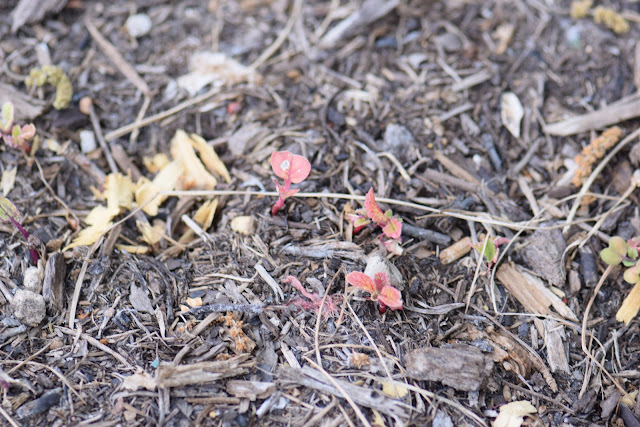 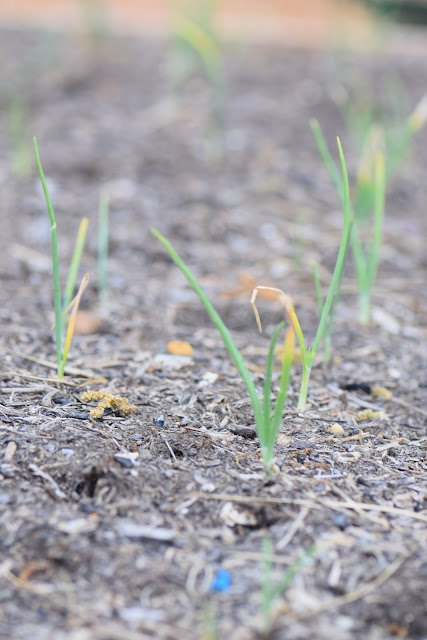 Next up, we have the veggie garden, wherein our spring seeds have already been sown and are all sprouting............. but not growing. Most of our radishes, beets, onions, carrots, greens, squash and herbs germinated the week before spring break (if you're keeping count, that's more than a month ago), and they're all still the same size (though more yellowed now).

So I hit the books and blogs and forums again, at first thinking the mulchy-"compost" stuff we had delivered for our beds was too high in nitrogen. It didn't take long for me to realize that on the contrary, my problem is actually that the "soil" in those beds is devoid of all the major plant nutrients. Whatever this filler is that was delivered, it certainly wasn't compost, and it arguably isn't even soil. My sprouts are all starving to death. So that's issue number two.

Issue number three isn't really a big deal (I know now), but it initially freaked me out... 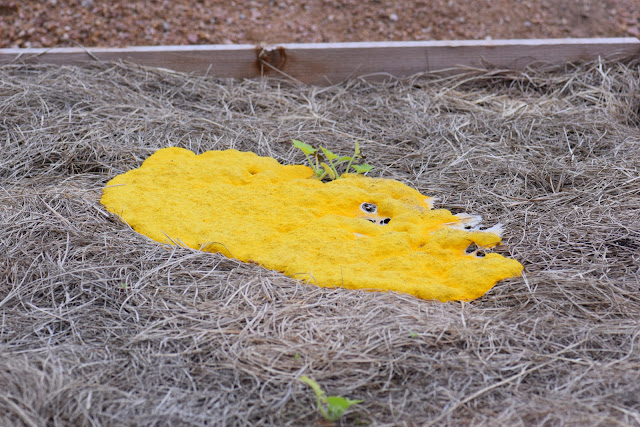 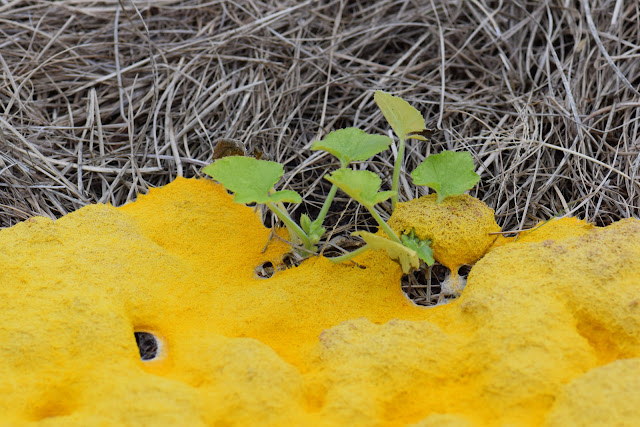 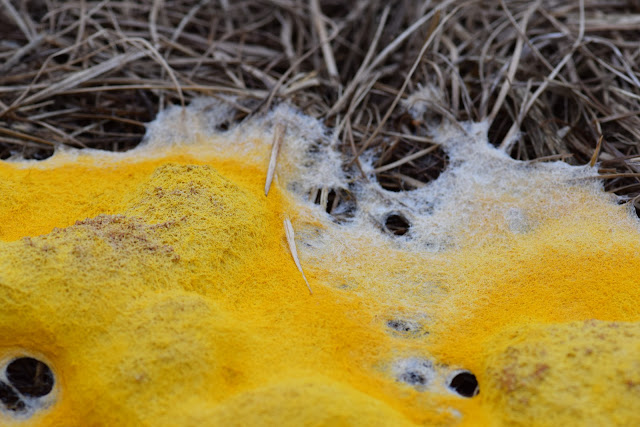 ...while out in the garden this morning taking pictures for this post, I looked over at my struggling squash and saw this. Can you see why I freaked out?! So I had to come in and hit the Google one more time, this time figuring out that this is a big patch of "dog vomit slime" mold (not kidding). Thanks to whatever the mulch-soil-stuff is in the beds, these spores have now found a perfect environment for their debut, which apparently is the same morning I'm kvetching about the conditions of my gardens. This mass literally grew overnight, because I was out in my garden after dinner yesterday and it wasn't there.

So I scooped it out, along with the hay mulch it was growing on, and that was disgusting.

But back to the real drama at hand- fire blight and failing seedlings.

For the fire blight, I've decided I'm going to severely prune my apple and pear trees (sterilizing the shears after every snip and burning the trimmings), and then spray my trees with some Organocide Plant Doctor to try and prevent the bacteria from getting another grip. Hopefully this won't be too little too late. I've read that the only alternative to pruning is culling the trees.

For the garden, I'm seriously considering tearing up the failing sprouts and starting all over again. Some of my transplants aren't so bad off, so I'm treating them with Epsom salts and fish emulsion, but the rest of everything else would probably be better off starting over in properly amended soil. Our neighbors have offered their composted horse manure, and I'm feeling foolish that I haven't already taken them up on the offer. That might be what we need to do this weekend.

It sucks that the seed investment I've made so far is wasted, but there's no sense beating my head against a wall when there is so clearly a problem out there right now. Right?

So enough bemoaning the gardener's misfortune, it's time to act! Now... where did I leave my pruning shears?