My Littles have been... well... busy as bees! When my hives came in the mail, only the bottom deeps were assembled. The four medium supers that'll make up the rest of my hives came assemble-them-yourself style.

They also came with a note- packed inside the box that you couldn't reach unless you'd opened the box- that said 'Once box is opened assemble supers IMMEDIATELY or wood will warp!'

Well OK then. I was about to make dinner, but the note was in italics and there were words in all caps... we'd better not ignore it. 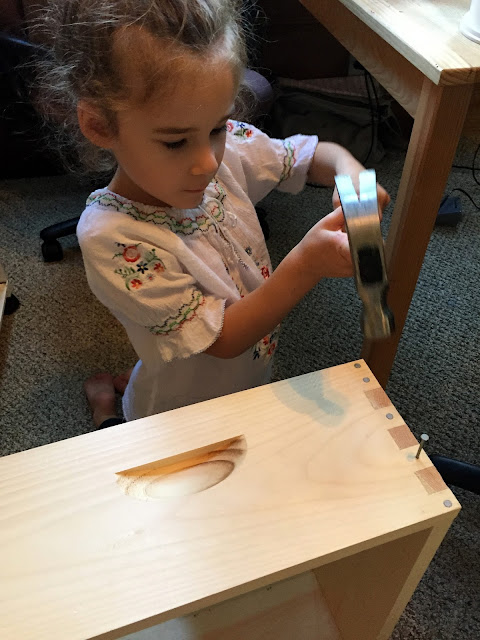 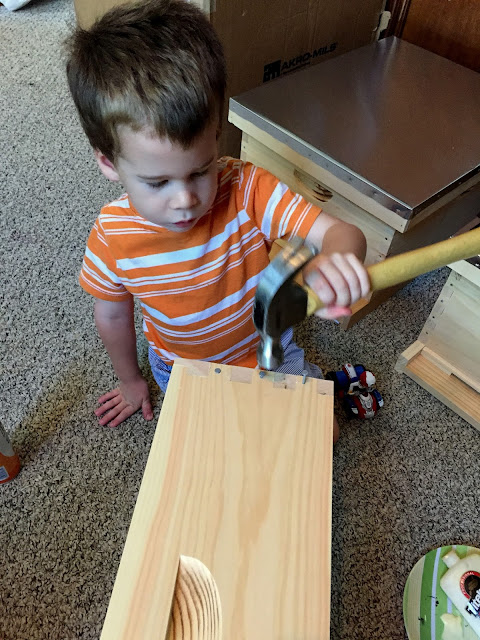 As soon as I opened the box of nails and dug out my hammer I was surrounded by willing helpers, and in no time we had ourselves some mighty fine hives, if I do say so myself. 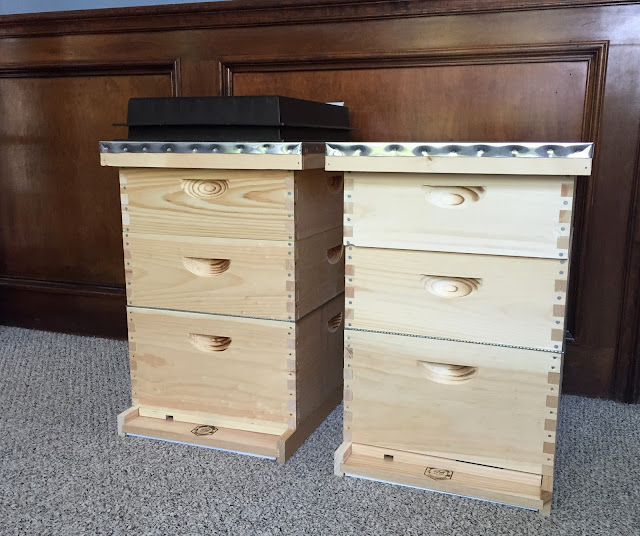 The only thing left to do now (not including designating and prepping a bee yard) is to paint them, which Audrey absolutely will not let me forget to do. She has already decided that they should have bees painted on them so the bees know that these hives are for them.

I think she might be right!
Posted by Courtney at 5:00 AM