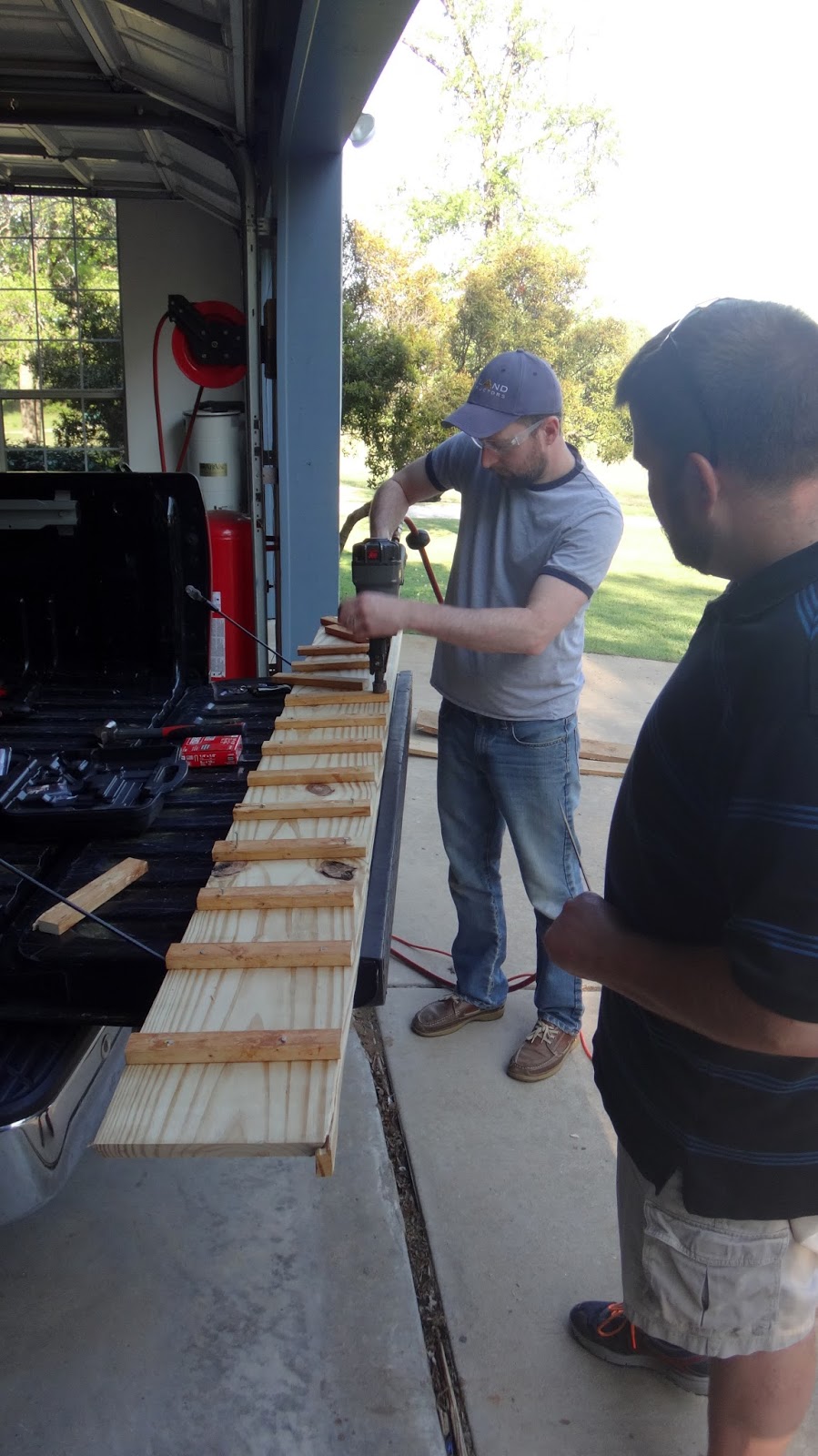 I read somewhere while gearing up for peeps that the best way to get brooder- or bathtub-raised chicks to take to the hen house once they're big enough is to coop them up for a week, so to speak. Our chicks moved out of the tub and into the coop last weekend, and we completely confined them to the hen house for that first week.

Once Friday rolled around, it was obvious to me that they were quite comfy out there, and I felt confident that they could have access to their enclosed run without it causing problems.

Well, without causing problems for them. It caused a prob for the hub- we need a ramp now, dear.

Thankfully a ramp wasn't that big of a project, and with a little help the girls were officially free to come out of the coop late Friday afternoon. However, they didn't set one single chicken foot out of their house until Saturday morning, and only after a little wild rocket and some come hither coaxing from yours truly. 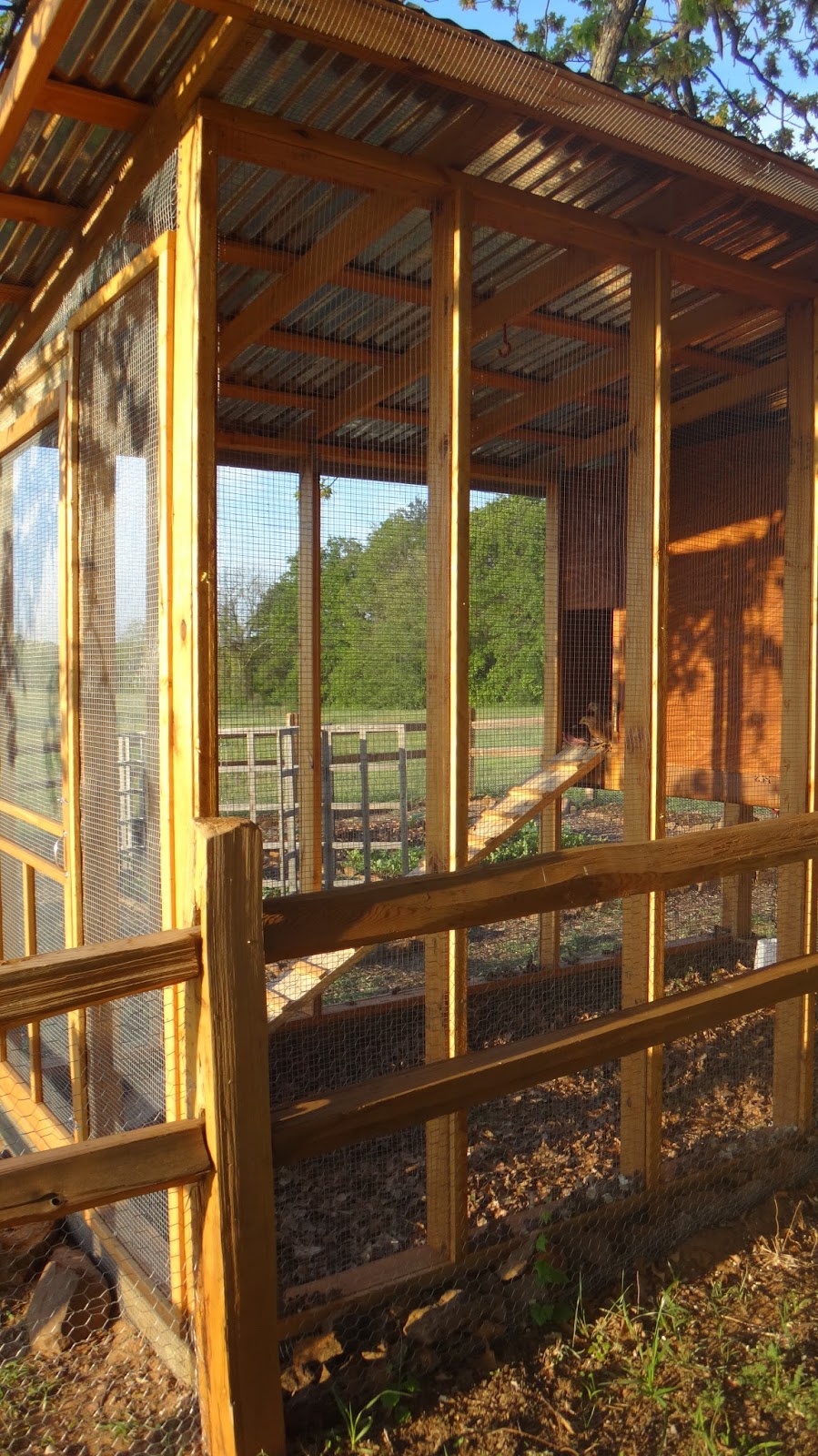 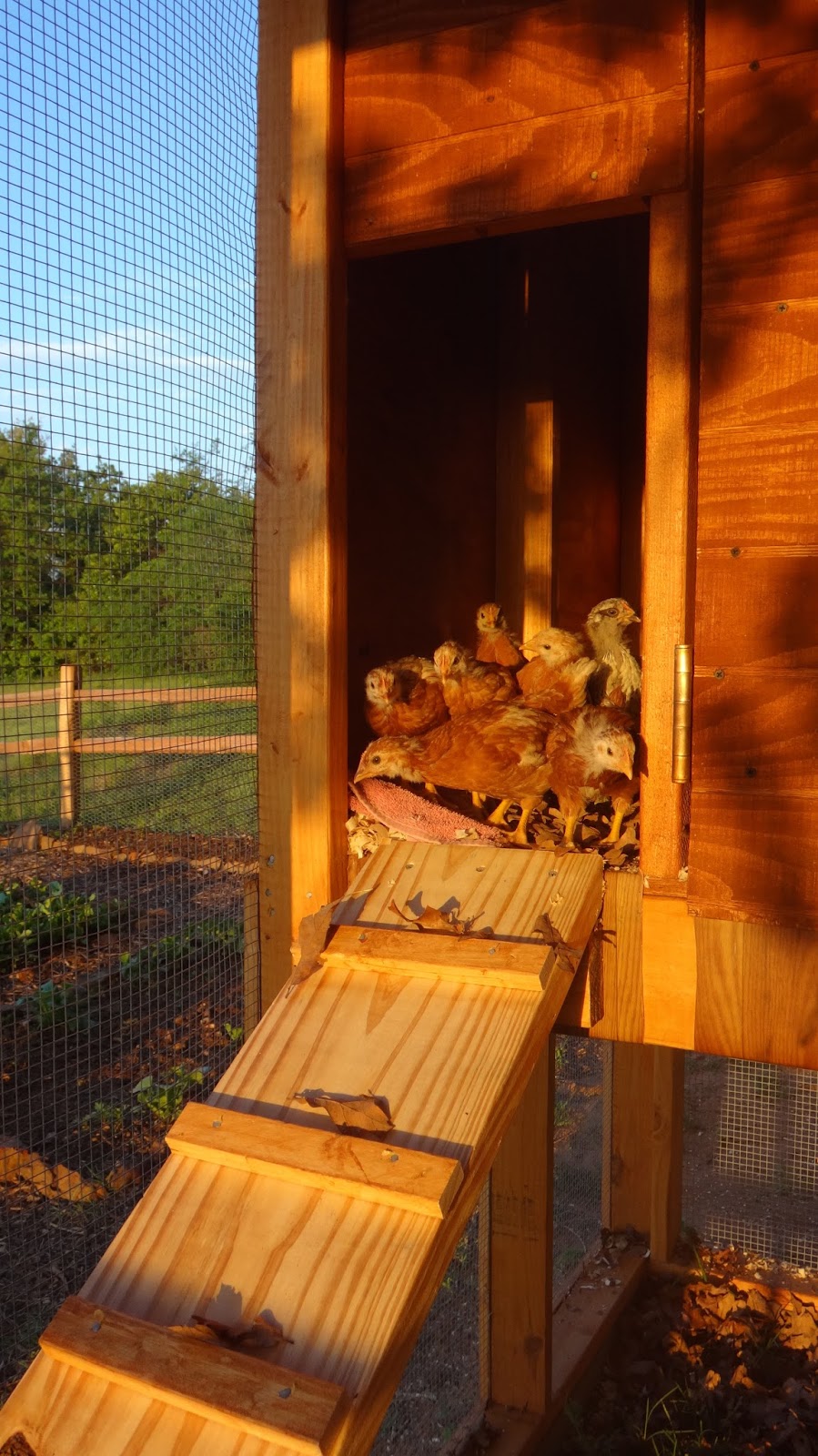 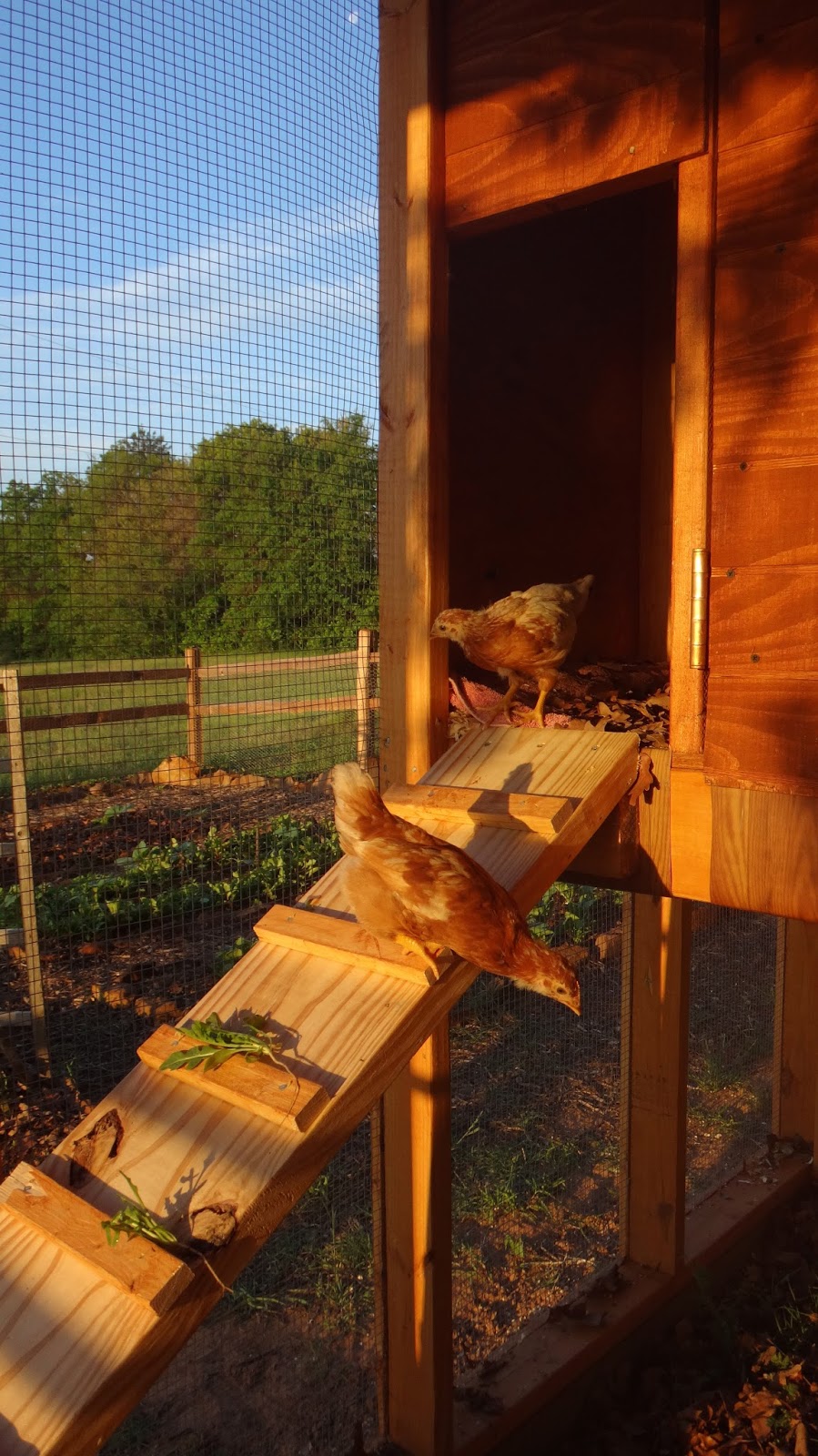 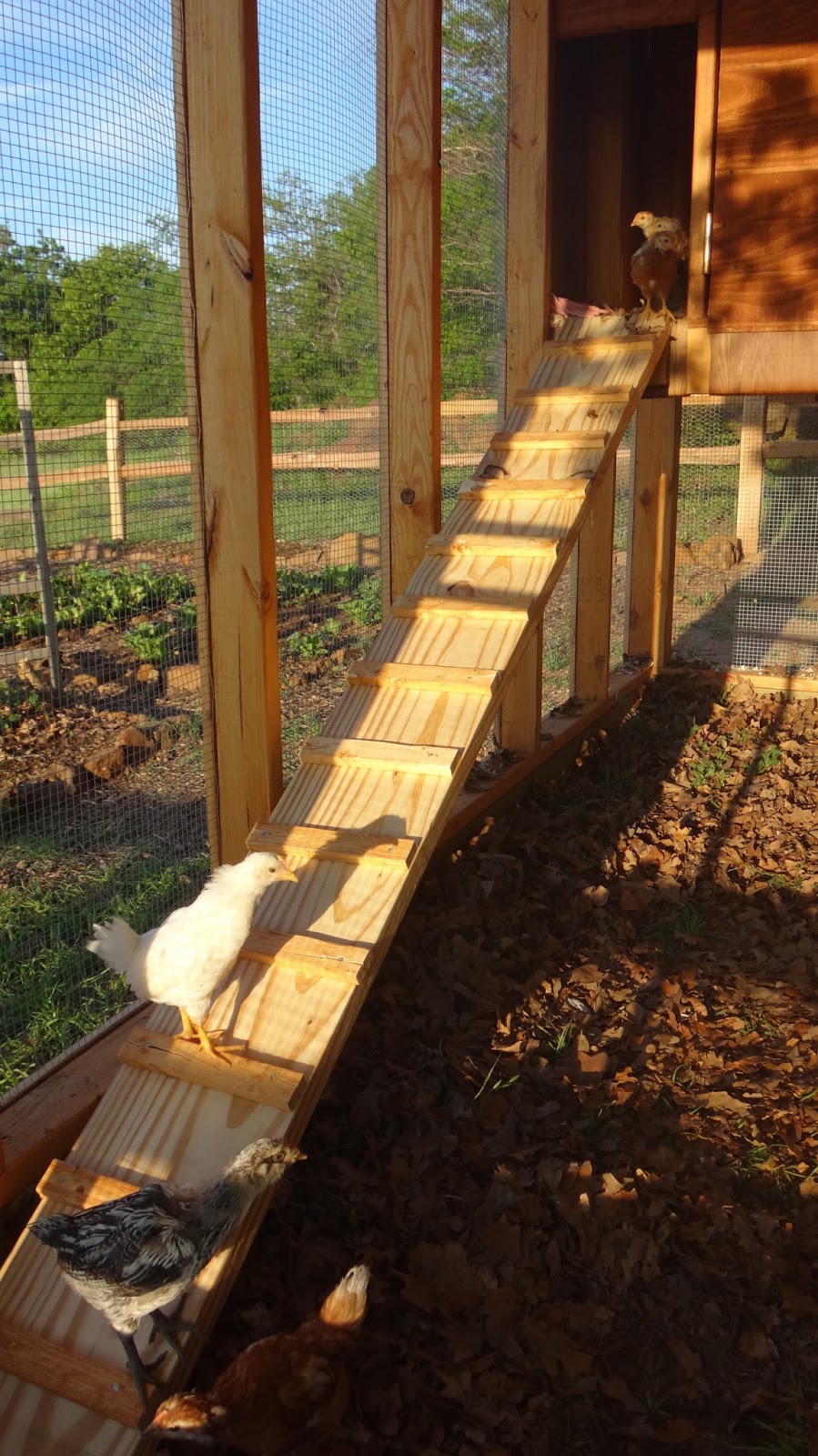 So far only eight out of twelve have ventured out at one time. There are still a few chickens in the flock (hahaha, ahem) that seem content to perch at the door and watch the others. I'm sure they'll come around, but I feel impatient because I want to see them all scratching around together, and I kinda feel sorry for the ones too scared to take the leap! Oh well. All things in good time. 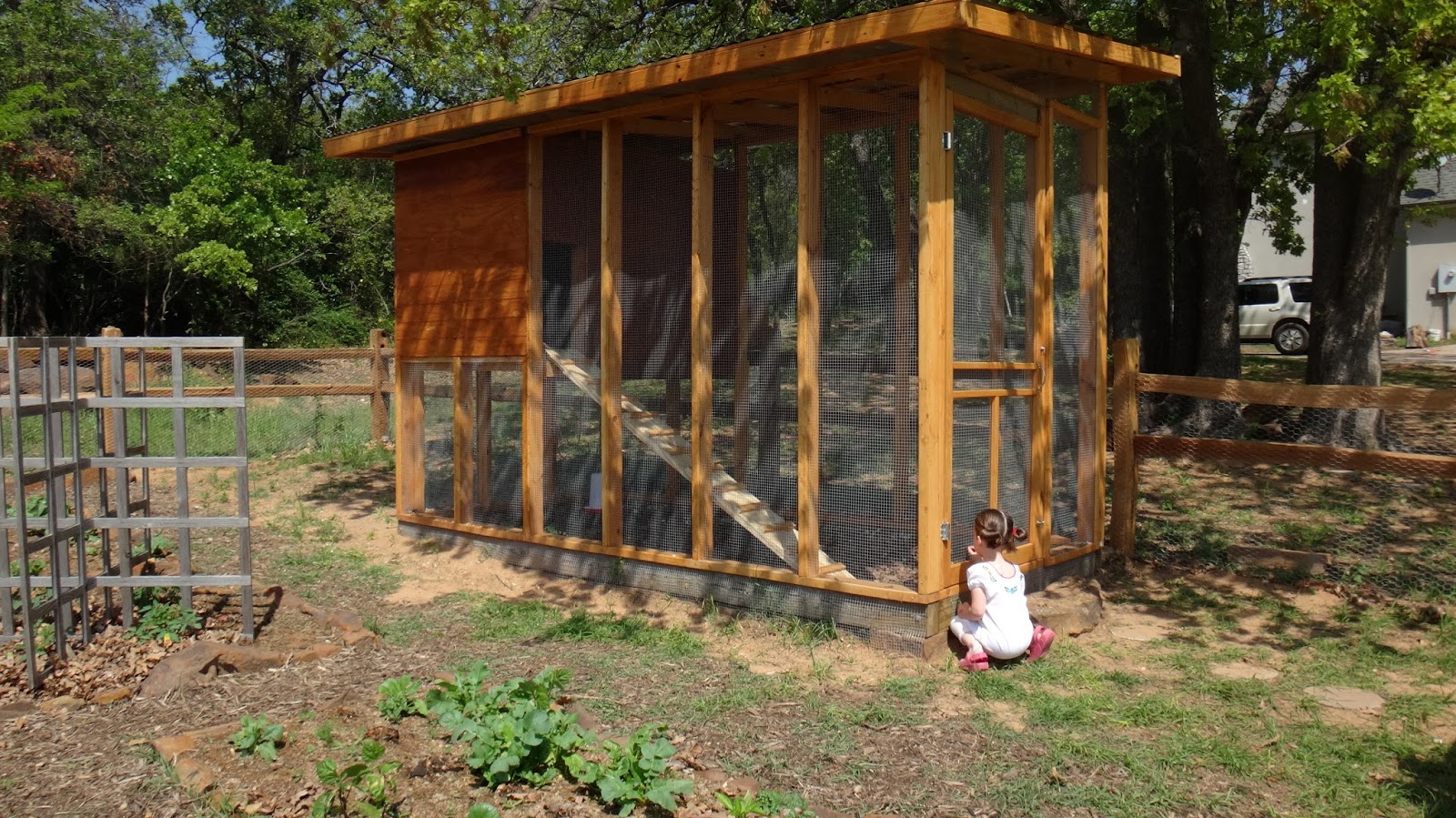 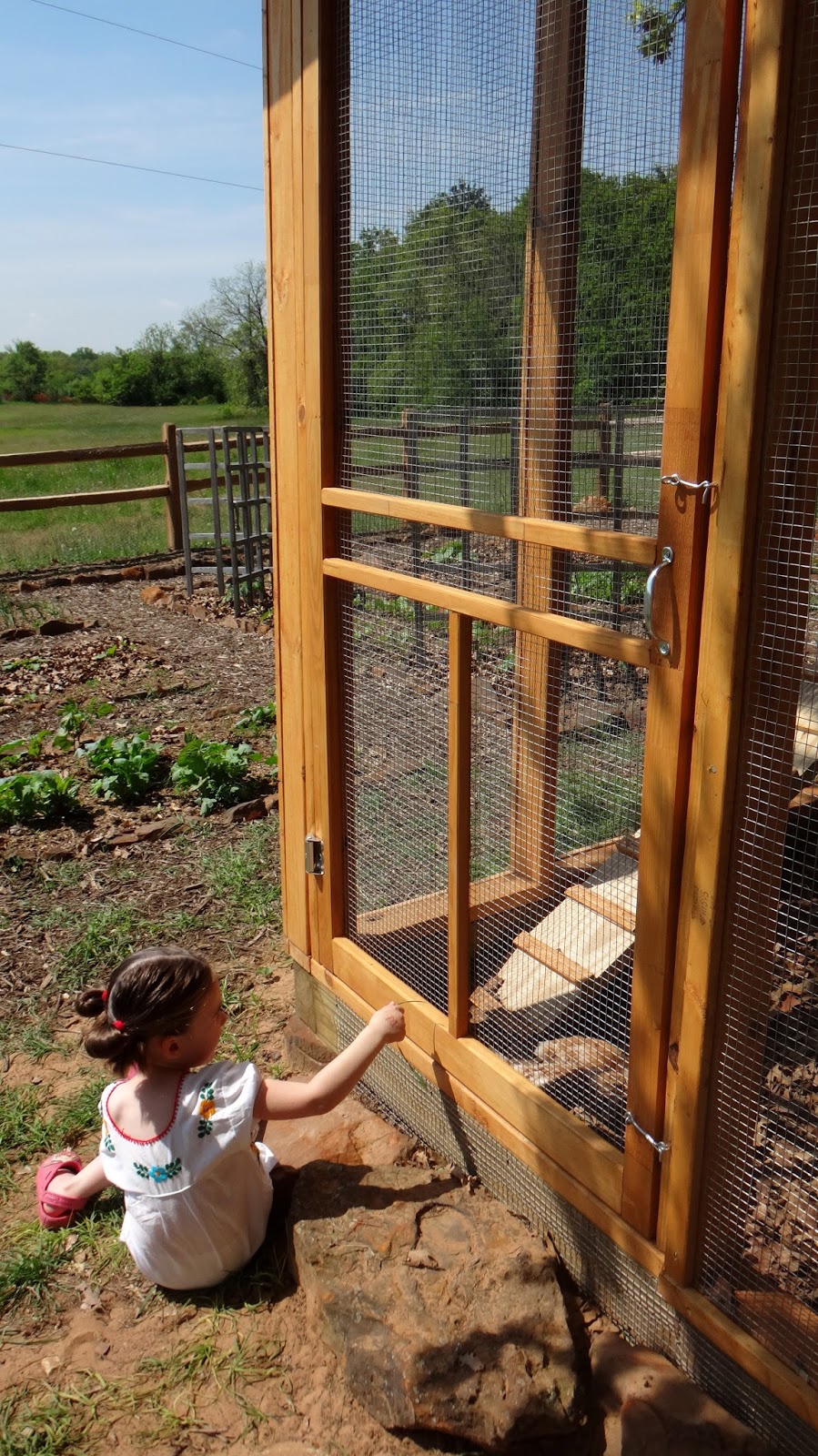 I haven't been the only one excited about the peeps' new freedom. Our resident Chicken Friend has been hovering outside the coop, bringing the girls fresh sprouts, dandelion flowers, and the occasional unfortunate bug she feels safe nabbing and stuffing through the hardware cloth.

I never thought anything could be as beautiful as finally realizing my dream of having this flock in this coop in this garden, but I was wrong. It's even more beautiful than I could have imagined to watch this wonder and love blossom in my Littles.

So this weekend we loosed the chickies, and oh how we are loving that.