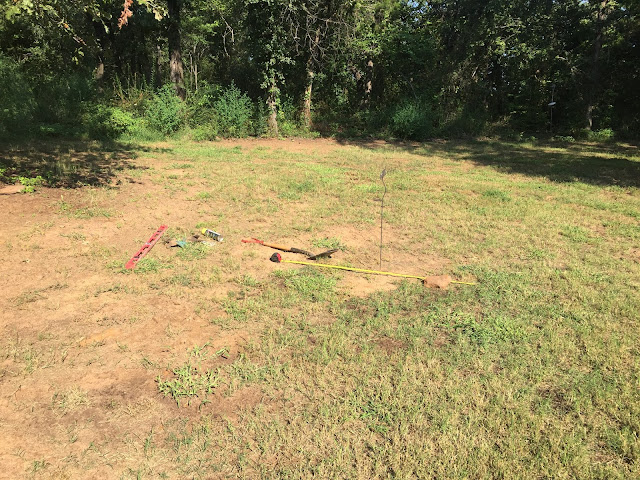 Today I grabbed tape measure, shovel, level and string and headed out to a nice spot in the back yard to start working on... drum roll please... a fire pit!

I stumbled across this tutorial and chewed on the idea for a while, then finally decided that yeah, I think I can make this happen (the temps coming back down into the 80's played a big part in making that decision).

However as any project in my neck of the woods usually goes, there was of course an unforeseen catch- mainly the ridiculous amounts of rocks that lie just under the surface of our sandy soil pretty much anywhere you sink a shovel. Three hours of prying stones, rocks, and small boulders out of my 5' diameter space later and step one was finally completed... 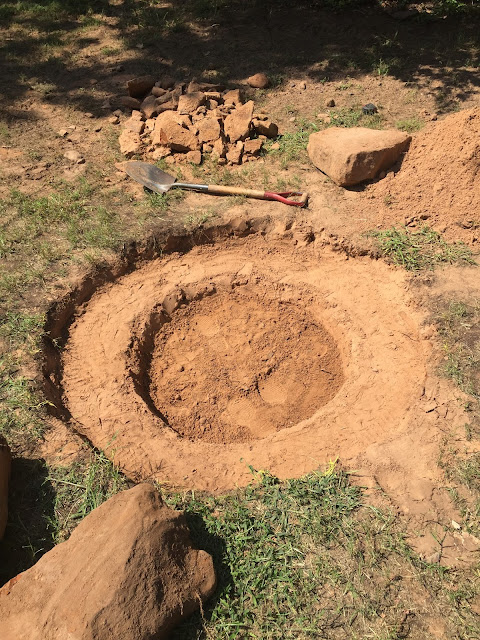 ...and tomorrow I think I'll be headed out to hunt and gather what I'll need for step two: the concrete footer!

Aaaaah, the starry-eyed beginning of a new project, where it's still fun and there's no regrets that we've gotten yet another DIY-something under way!
Posted by Courtney at 10:11 PM