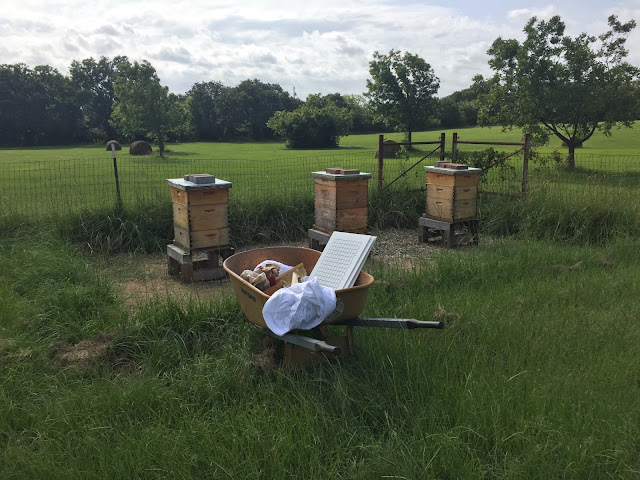 I got out into my hives again this week with high hopes- the last time I gave them a peek, it looked like I'd probably get at least a few frames of honey from both North Hive and South Hive, so I had my wheel barrow, clean sheet, and bee brush at the ready! Alas, I came away empty-handed and with significant concern weighing on my mind.

North Hive and Middle Hive were almost empty of stored nectar, and now need to be fed to prevent starvation. South Hive still has a bit of stored surplus nectar, however none of it has ever been capped and there is significantly less than when I took note of it last time. 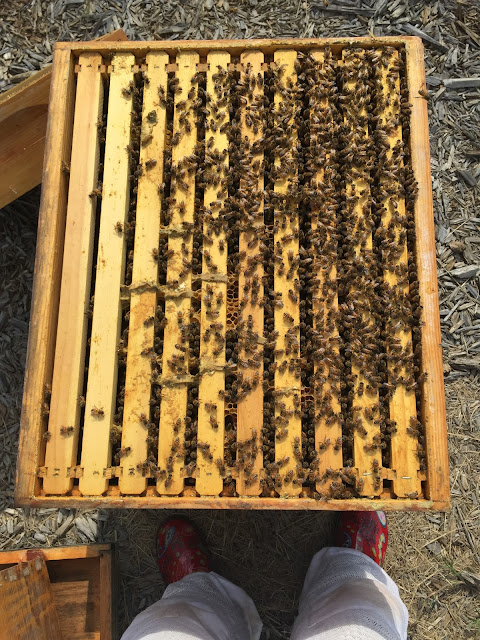 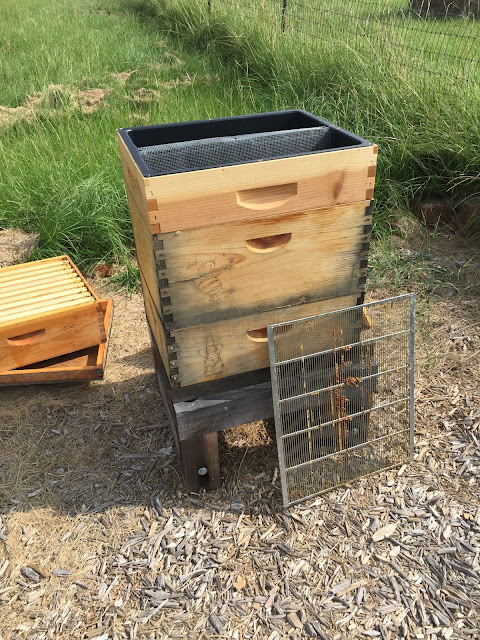 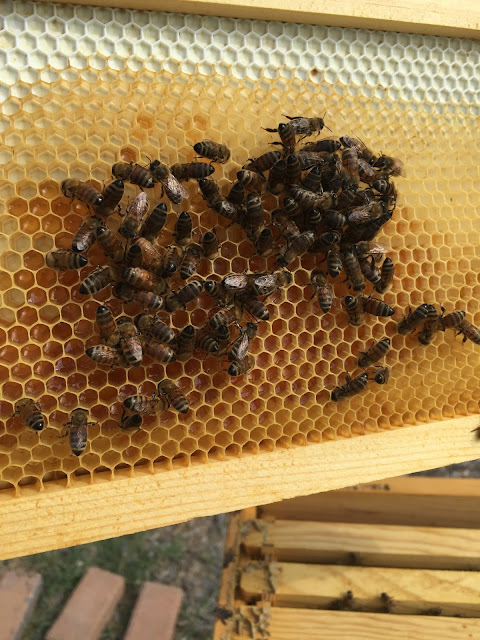 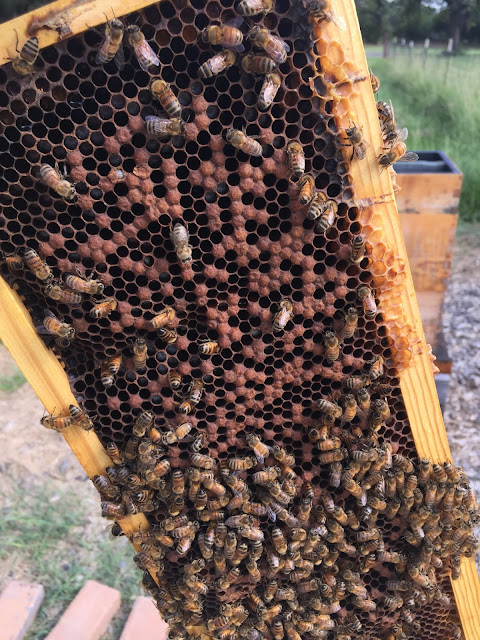 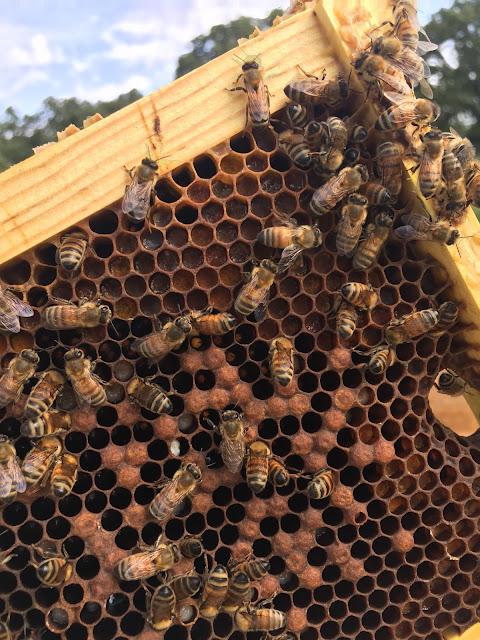 I removed the honey super (and queen excluder) I had so optimistically placed on North Hive at the beginning of the honey flow, and replaced it with a feeder. Middle Hive retained it's feeder as well, though South Hive gets to keep their honey super... for now. I noticed eggs and brood in all three hives, as well as a decent array of pollen, though honey and nectar was shockingly absent. It's going to be feed feed feed for the rest of the month at least. 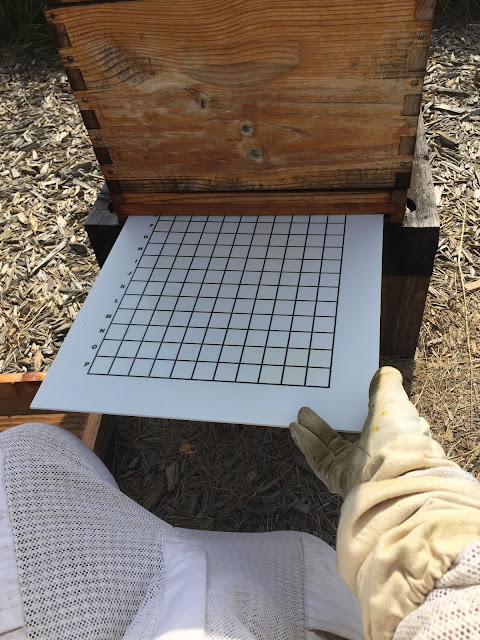 I had a sinking feeling that I might know why they were in such bad shape, so I slid my IPM "sticky boards" under all three hives and let them sit for 24 hours. What I found when I retrieved them confirmed everything- North Hive and Middle Hive are being smothered by varroa mites.

Ugh, I should have treated last winter, but I didn't. Now my girls are paying for my rookie mistake. 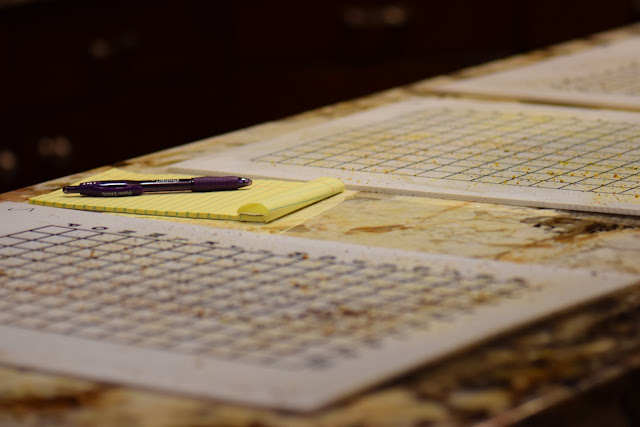 I pulled my sticky boards out from under my hives last night after just a little over 24 hours. At first glance, it was even easy to see that Middle Hive was the worst. I waited to count them until the morning when all the distractions were out of the house and my eyes were a little fresher.

My final counts are a little bit of an estimate, because I'm sure it's possible I missed some, double-counted others, and mistook debris for a mite here and there... but South Hive (the hive with the highest population) had 47 mites on their sticky board after ~24 hours. North Hive had 90. Middle Hive had 209.

The hive with the lowest population had two hundred nine mites after 24 hours.

I can't even begin to explain how crappy it feels to realize you made a bad decision at the expense of thousands and thousands of creatures. 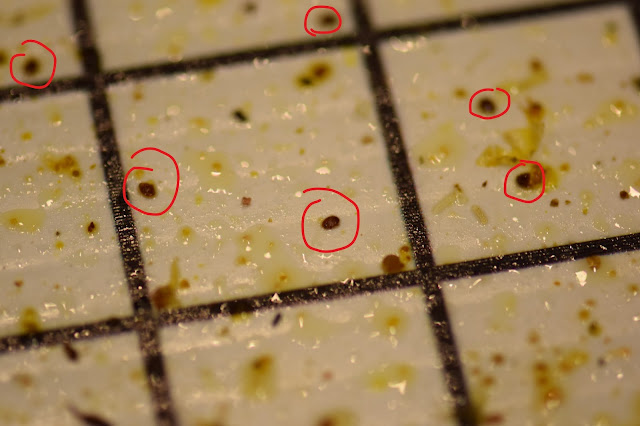 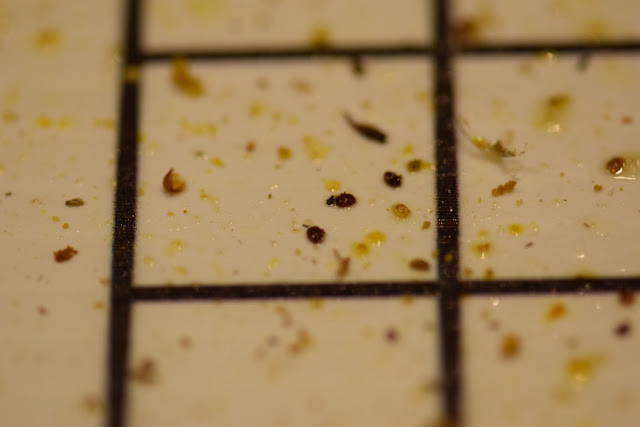 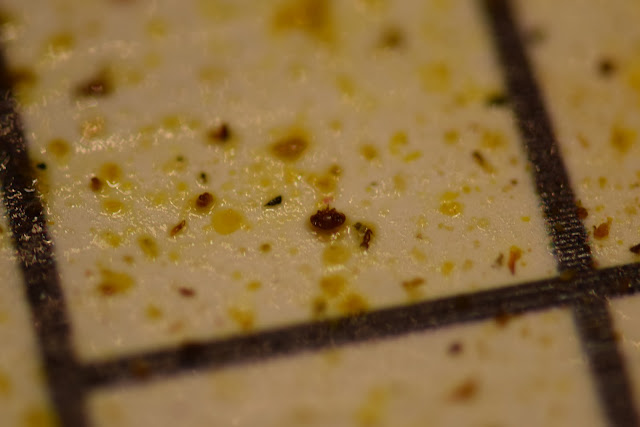 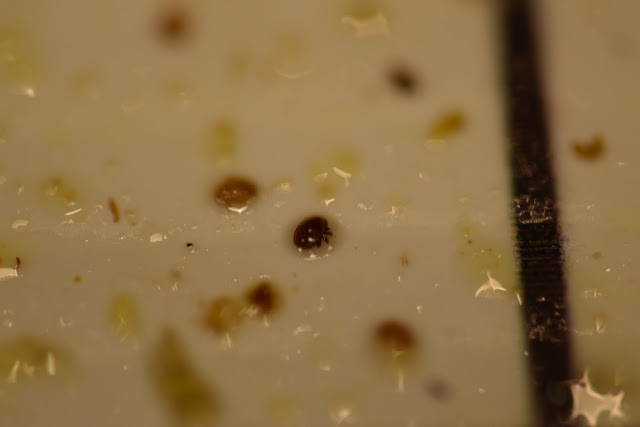 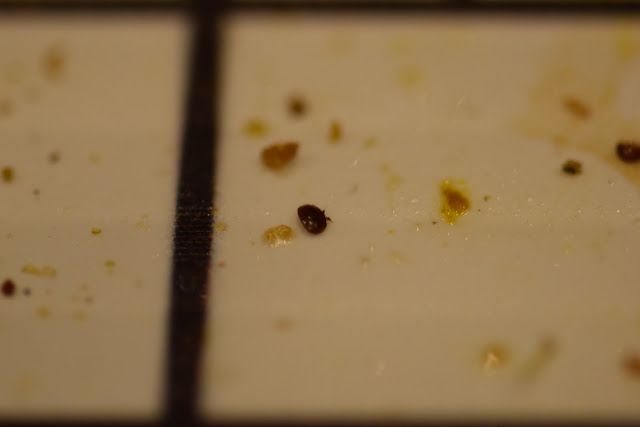 So I've ordered some Mite-Away Quick Strips (formic acid), and I've learned my lesson... I'll always treat at least once a year from now on...

...assuming I still have hives to treat, come spring.
Posted by Courtney at 9:18 AM