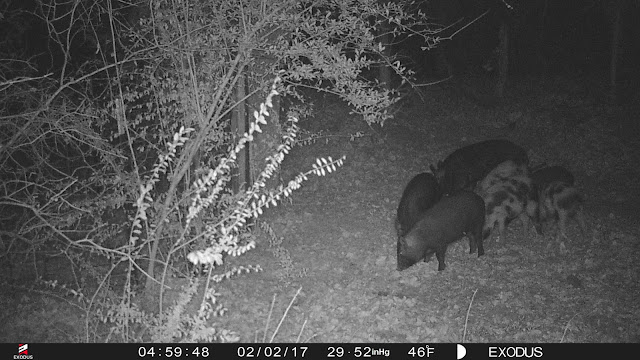 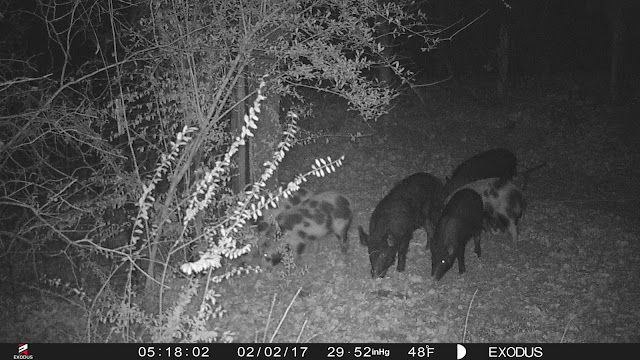 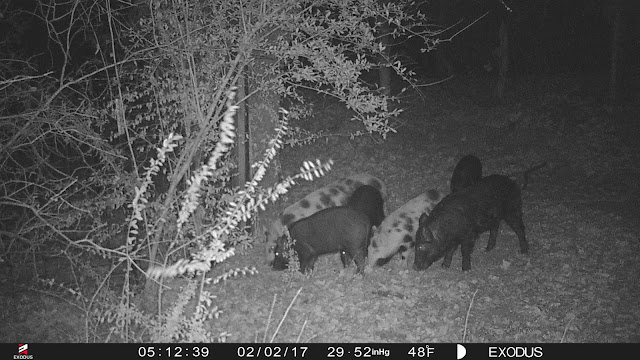 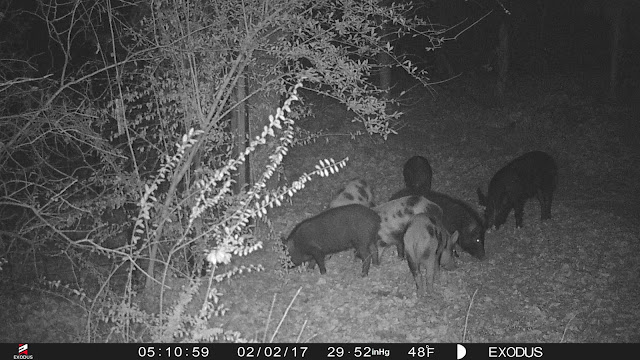 Well, it only took two nights after the trap was set for some of our local feral hogs to make an appearance and check things out. We were thinking it would be 1-2 weeks before we saw them again. Granted- according to these trail cam photos- only about seven of the little ones ventured close enough to the trap to trigger the cameras (none of them have gone inside the trap yet), but surely it won't be long before the giant one(s) will want a share of that sour corn!

I'm kinda disappointed that we haven't seen any other wildlife alongside the hogs (except squirrels... there were lots and lots of squirrel photos). I was wishing for a shot of an owl, a coyote, a bobcat... something else! But at least hog shots give us the hope that the trap will soon be filled and the immediate population dented, and that's what we're really watching for!
Posted by Courtney at 6:46 PM