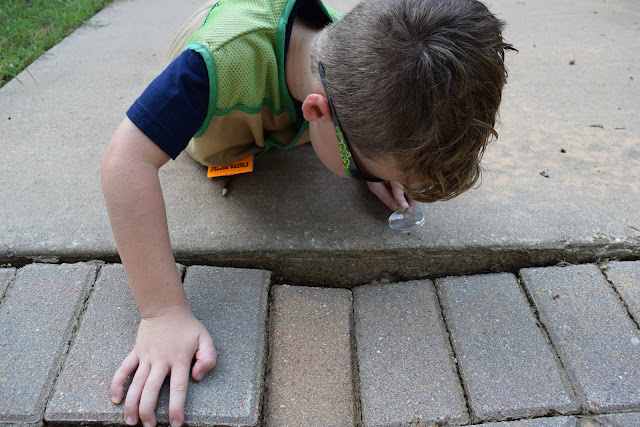 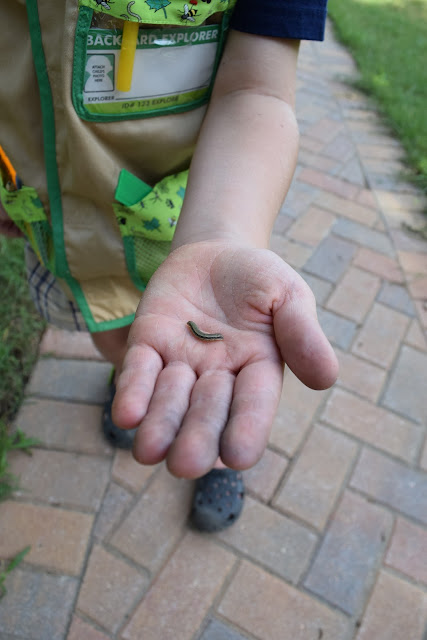 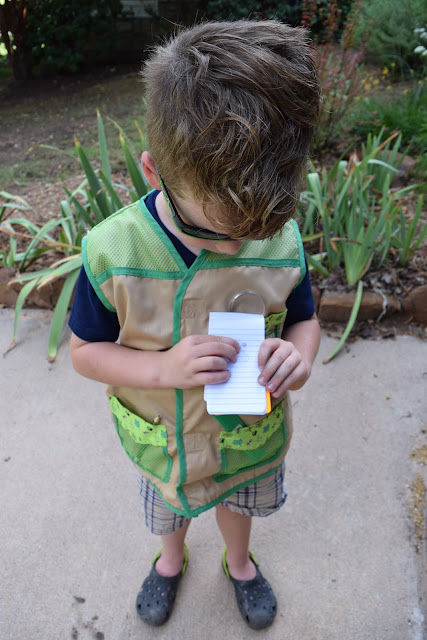 Henry has been learning about scientists in school lately. Today he came home and decided he would become a scientist. He dressed the part, gathered his tools (note pad, freshly-sharpened pencil, magnifying glass and ruler), and headed outside to explore stuff.

Completely on his own for quite a while, he later showed me his "science journal" highlighting his discoveries thus far; he had an unusual flower (damaged, he said, by something mysterious and probably from a bad guy), some specks he said was special dirt, and a caterpillar with every detail logged very thoroughly. He then produced the actual caterpillar, which he said was "fantastic."

Sister was not amused in the beginning... 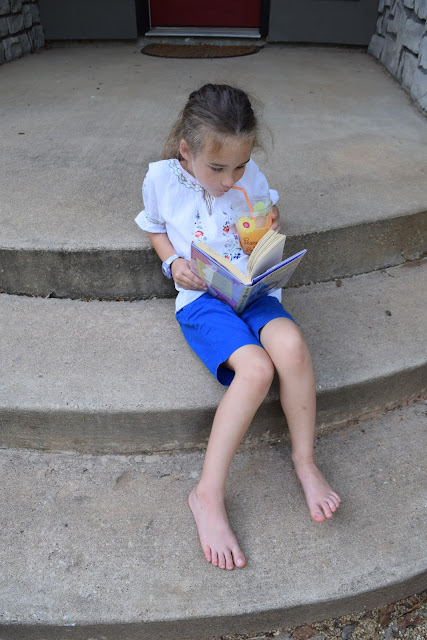 ...but it didn't take many discoveries and found treasures to draw her in eventually... 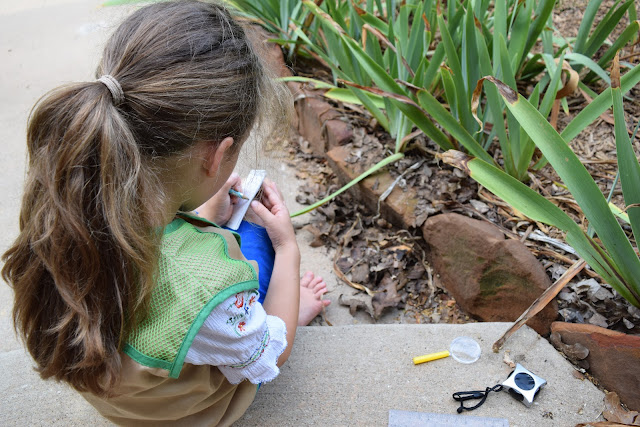 ...and together they decided they could probably solve any science question or universal mystery. They found ant eggs, discovered the source of a mysterious "invisible sound" (a cricket chirping), and found sparkly rocks. Lots and lots of them.

And Mama just stood back and watched and tried not to let them see her tearing up.

I love these guys... these little scientists!
Posted by Courtney at 5:00 AM