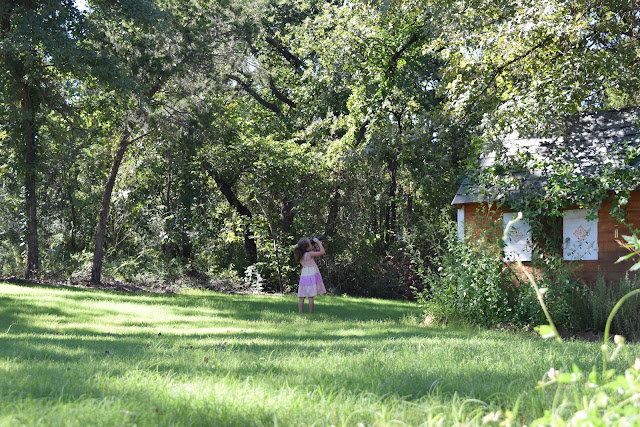 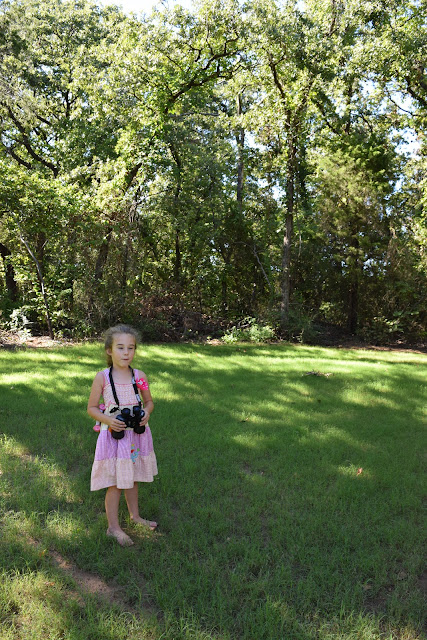 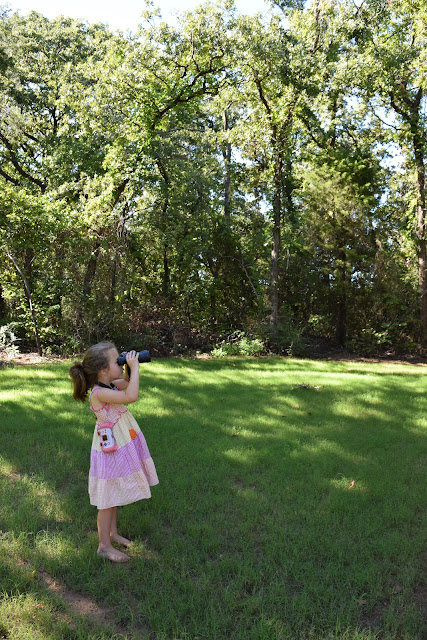 For some reason, we heard a hoot-owl out in the woods at about 4:30pm the other day. It must have been trying to tell my wild babes to quiet down so it could get back to sleep, but what it really did was spur a full-on camera-and-binoculars investigation. It was adorable. 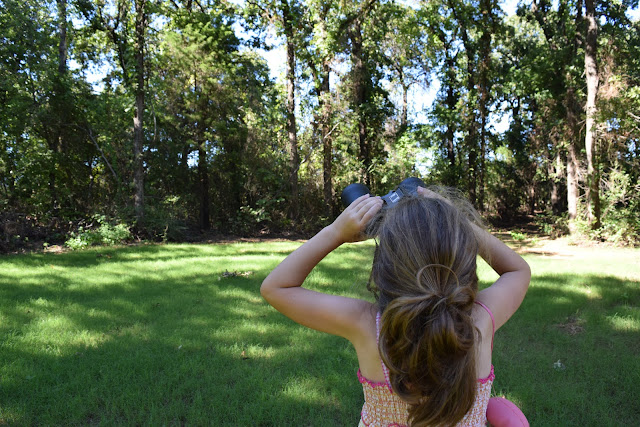 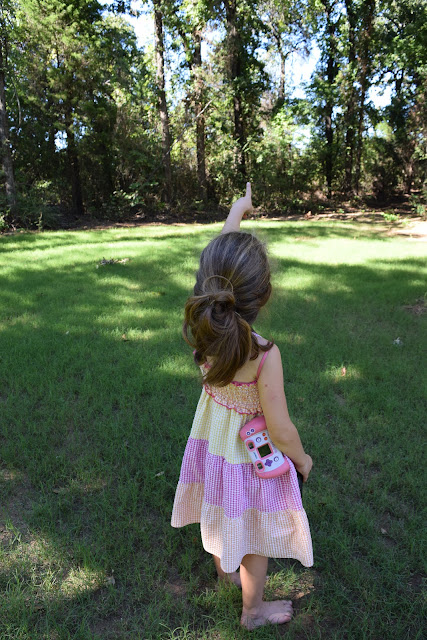 Audrey swears she saw it's nest, and that evolved into seeing the owl itself, and later she said she saw the owl in a nest feeding it's babies a snake.

She was so excited- she says- that she forgot she had her camera, and therefore had no picture to prove her story. When we came up to see what she had found, she guessed that the owl didn't like that she had spotted it's home, and had moved it away before we all gathered to look.

She then spent the rest of the afternoon with her Bubba hunting the nest's new location. 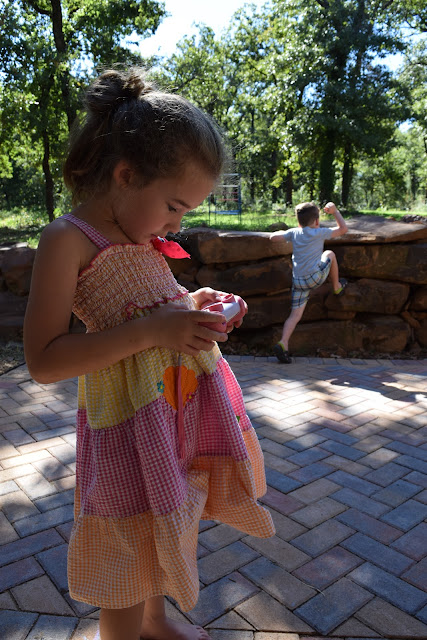 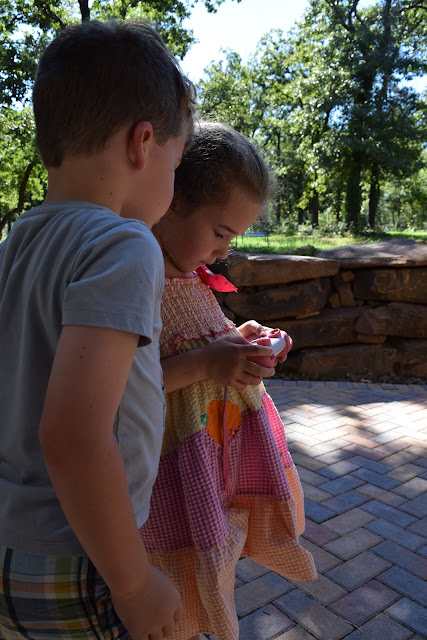 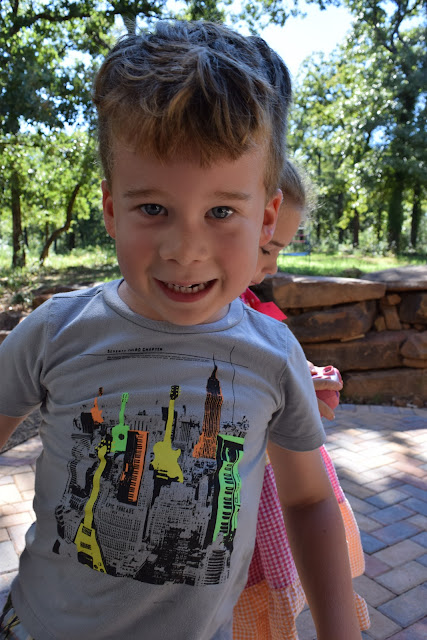 She captured some blurry blobby leafy pictures she thinks might be the owl carrying it's nest away, and has sworn she'll translate them into drawings so we can all see what she saw.

Brother, on the other hand, lost interest in the adventure pretty quickly, and resorted to spying on things a little easier to spot... 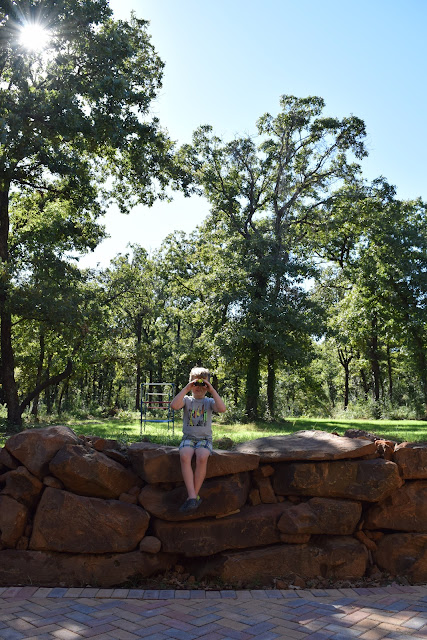 ...but they both swear that they are now officially professional experts at chasing owls.

I believe them, too.
Posted by Courtney at 5:00 AM