On Tuesday morning at about 4:45am, I woke up from a dream where my mom was leaning over the shrubs outside my window, tapping on the glass with her fingernails. After shaking off the lingering confusion from the remnants of the dream mingled with bits of reality, I realized what I was actually hearing was graupel hitting the north-facing windows of the house. 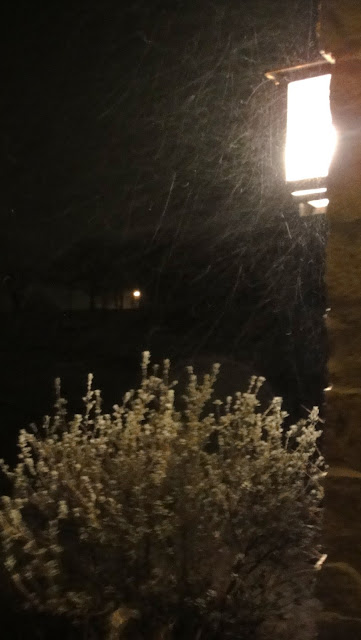 I lay there for a while, listening to the wintry sounds of this passing January storm (there was actually a bit of distant thunder and faded flashes of lightening here and there), and I eventually fell back to sleep.

At 6am it was time to get up, the hubs to the shower and me straight for the coffee maker. The news was full of terrible traffic reports, the windows were still reporting the presence of the icy precip, and all I could think of was how excited the kids would be when they awoke to the whiteness. 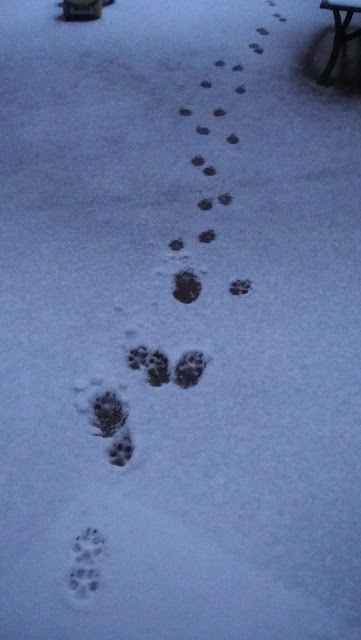 In Texas, this is about as exciting as the winter gets, and about as beautiful, too.

Though both kiddos seemed enthused by the frosting coating the backyard, only one of them actually wanted to stay out and make an adventure of the morning. We were able to dive right in after breakfast... well, we were able to dive in after Mama retrieved the galoshes from the muddy puddle of slush they were soaking in right outside the back door... 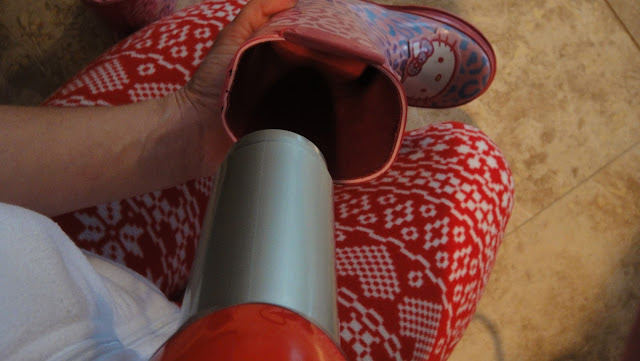 ...after removing their linings and giving each boot a round with the blow dryer, they were dried out enough to fill with multi-sock-lined feet. Other layers were donned, and we made a good show of it (even if a quarter of our group was reluctantly participating). 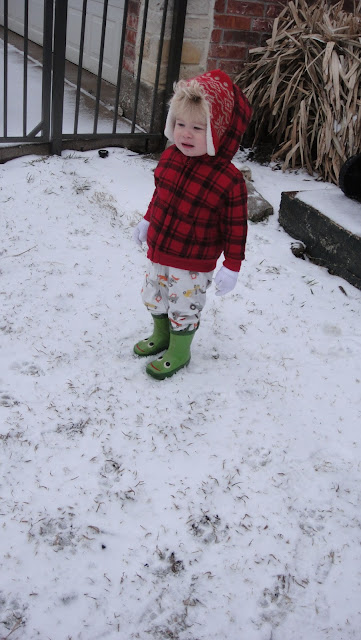 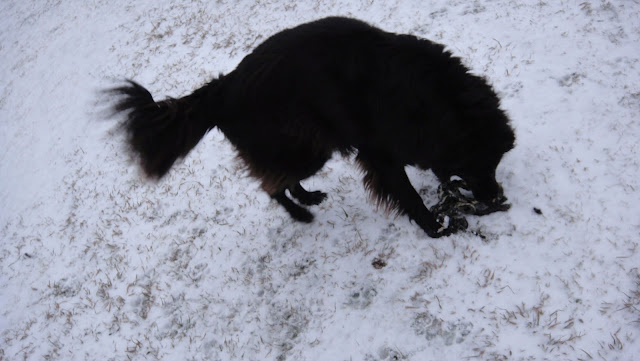 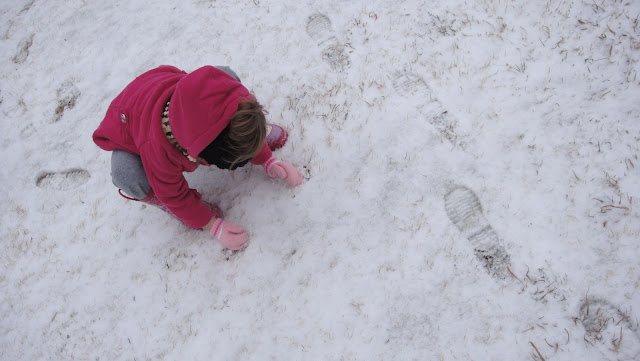 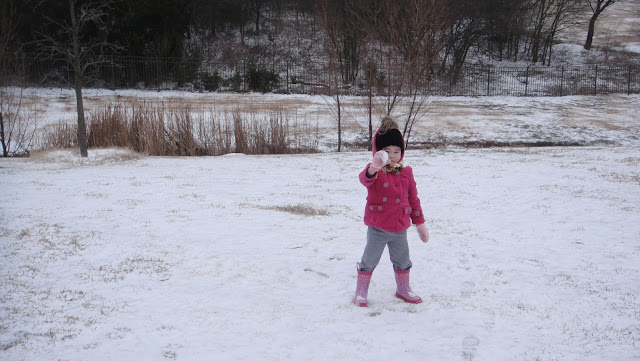 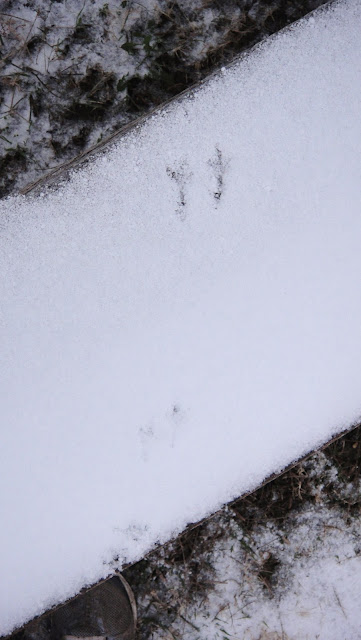 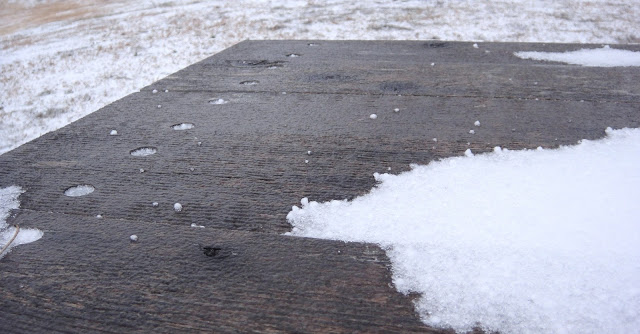 We were back inside about 20 minutes after setting foot in the whiteness, due to Brother's protests. We weren't worried by the shortness of our outing, though... he'll learn to love these Texas 'snow' storms just as much as we do.
Posted by Courtney at 5:00 AM