Putting to Bed the Beds

Last year, I tried my hand at an off-season garden. I chose not to winter the beds, and as a result, we were able to cash in on a really amazing round of Swiss chard (there are actually a few plants still going strong, one year later).

This year, it seems only fair to give the garden space the rest it deserves. So today I headed out to get started cleaning out all the scrubby stuff left over from the harsh season we suffered through and tucking everything in for a much-deserved winter break. Honestly, I was half way thinking about trying for another round of cold-weather somethings, but the frost we had at the beginning of this week took the wind out of my sails (not to mention the life out of some late-blooming plants, despite being properly covered).

We all need continuing lessons in letting go in this life, no?

So I let go of what remained, what was taking up space, what should have been kicked out long ago, and what wasn't even realized yet. It felt pretty good. 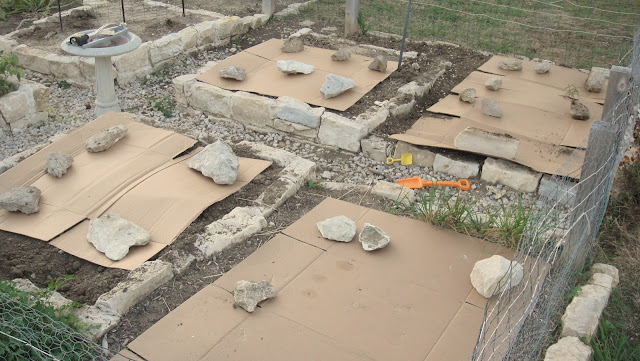 This time around, I'm taking some pointers from this video in putting to bed our beds (ha). I am curious about their theories on soil depletion, and may plan on employing some of their techniques in the spring. As you can see, I still have much layering to do, but I only had 45 minutes today... anyho, close to half of the beds are clean and at least partially covered now, so I count today's garden activity a success. 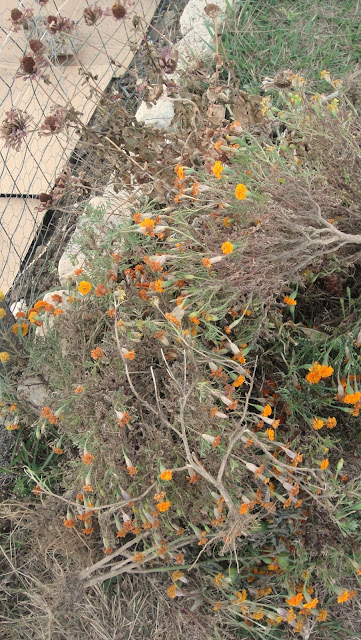 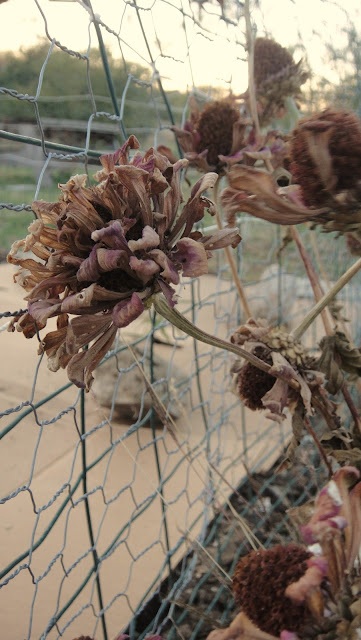 I left all the shriveled marigolds and zinnias in a pile to be picked over in the morning (I'm going to have seeds coming out of my ears!). I should have known they'd be picked over much sooner than that... 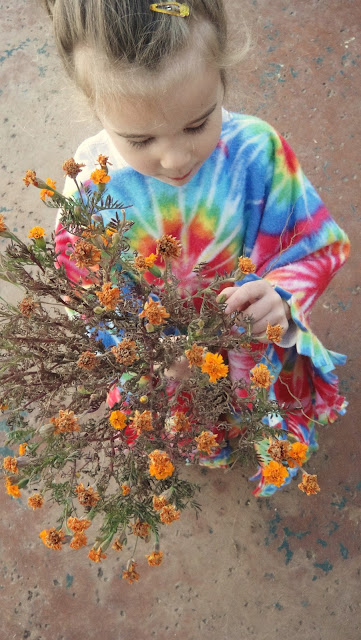 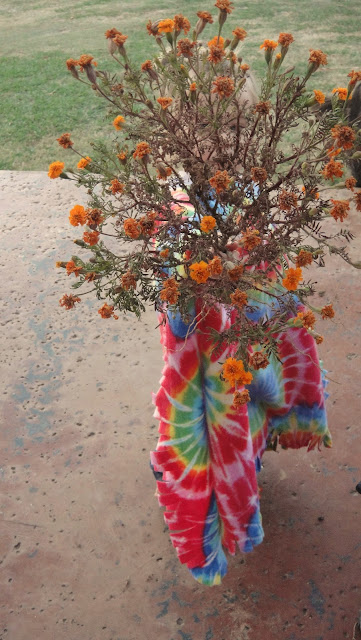 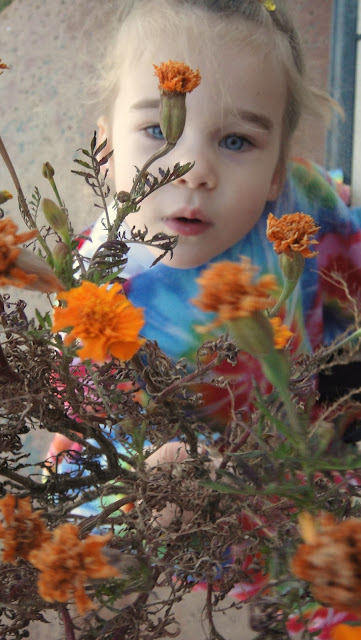 It's an amazing feeling when you realize that what you do- no, everything you do- is noticed, is observed, is imitated, and is influential. Yes, I'd say that the time spent out in our garden space today was a total success.
Posted by Courtney at 8:18 PM