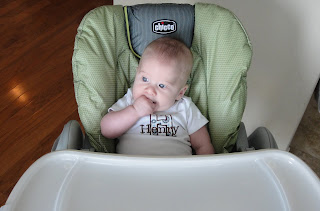 Mister Almost-Fifteen-Pounds got his first taste of oatmeal this week. It was a huge hit. Sister was two full weeks older than Henny when she got her first taste, and she wasn't nearly as excited about it as Little Brother was. On day two, he ate two teaspoons of oatmeal (measurement pre-cooked) mixed with 4 ounces of breastmilk, and could have eaten more if Mama had let him! He's going to give us a run for our money, this Little Eater of mine. 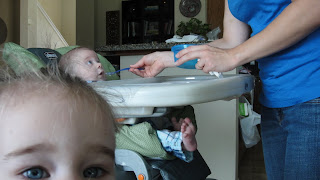 Henry having his first bite, with sister by his side
(for the photo op, at least) 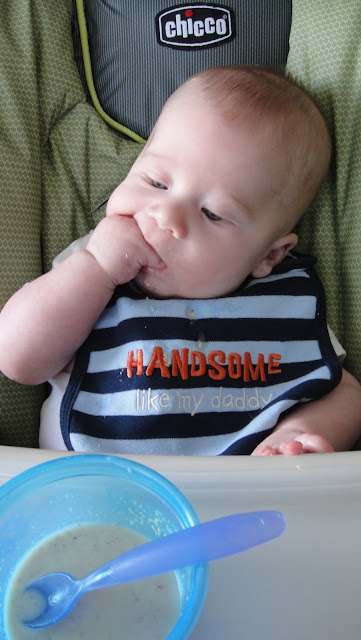 Fiona Apple's First Taste has been stuck in my head since he took his first bite and we embarked on this next most exciting chapter. A happy little chorus for a happy Little Chunk (as long as you only get the chorus stuck in your head, ahhaha...).
Posted by Courtney at 8:26 PM