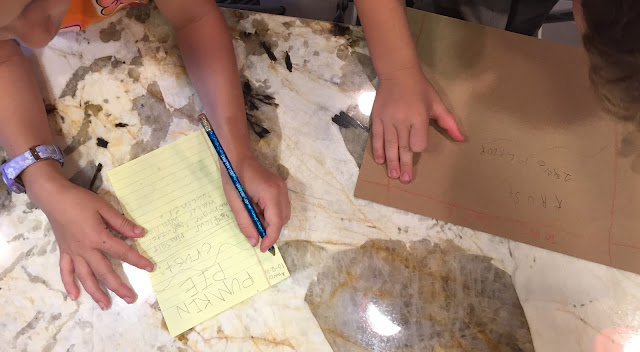 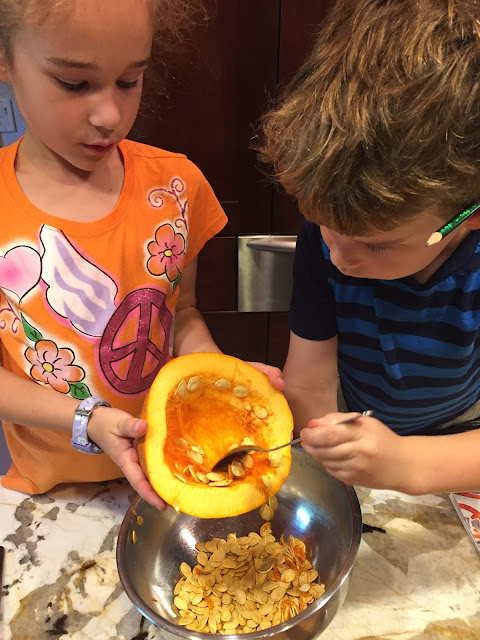 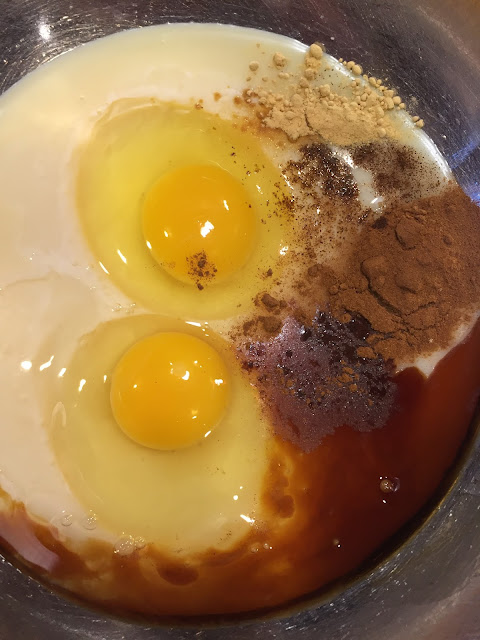 We made our first pumpkin pie of the season the other day, and by 'we' I mean mostly them. They helped get out the ingredients, measure and mix, and they even helped with the "gross" part (carving and prepping the pumpkin itself). We had a few yelling Gordon Ramsay-ish moments, but overall they really did a great job.

It won't be long before they'll be heading up dishes all on their own... they won't even need me anymore... *sniff* 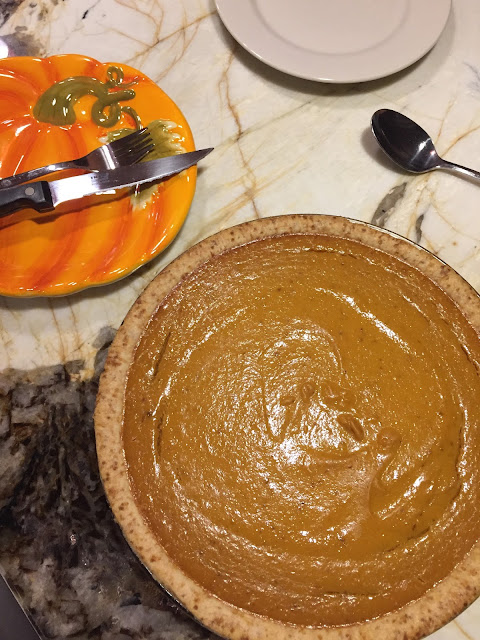 It turned out really good, though, so maybe I'll be OK with them in the kitchen without me... eventually... I'll cross that bridge when we get there, though.