Lunch on the Porch 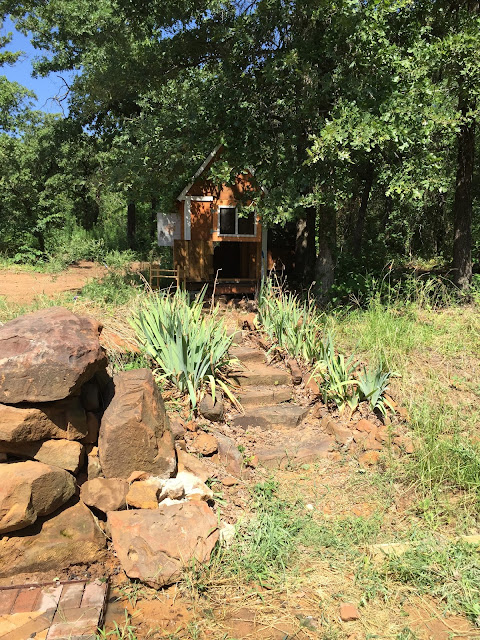 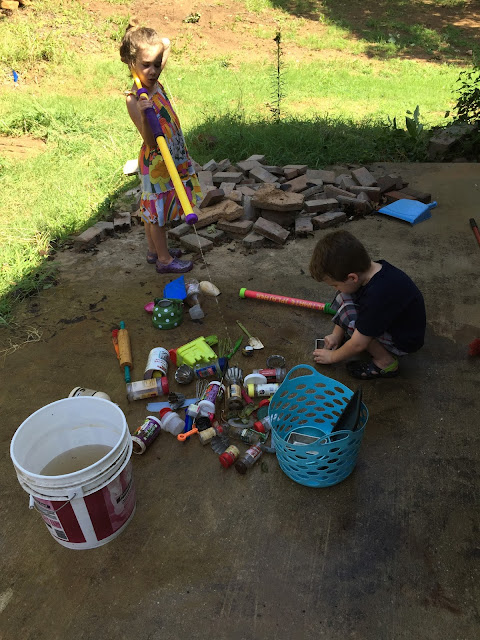 This weekend, while Mama and Daddy finished laying the pavers off the back patio (finished!), the Kiddos cleaned out their playhouse.

On Sunday morning, while Daddy was getting the brick-cutting setup up and running, I got out a ladder and tied up the new honeysuckle growth that was hanging down over their windows. It had been bugging me for weeks. My brief attention to their playhouse was enough to kindle theirs, and once the windows could open without being restricted by vines, they descended on their neglected space.

Audrey pulled out all the launder-able things and we did two loads of rugs, towels, and play bedding. They both helped each other sort though their dishes, Audrey being the "faucet" with her squirter thing and Henry being the washer. Then they swept their house out (with a little help), and moved all their stuff back in. 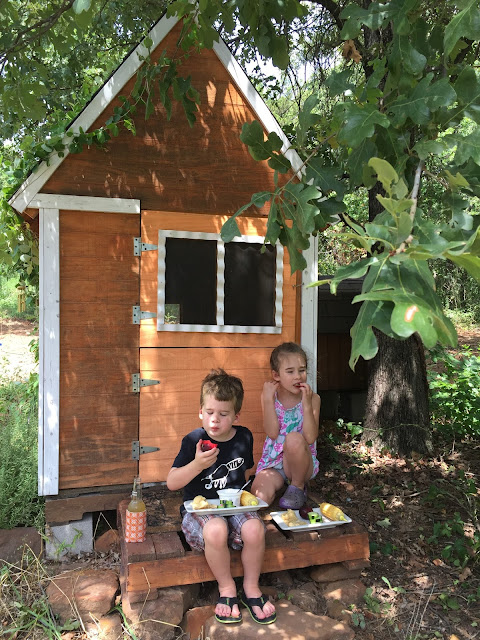 Today they begged to have their lunch out in their clean playhouse, so I put together some finger-type foods and brought it out to them. They were so pleased with how clean their house was, though, they decided to eat out on their front porch rather than risk making a new mess (which made me chuckle because honestly!).

Now I'm left wondering exactly how long they'll wait before they start hauling in fresh dirt and pebbles- after all it is a playhouse, there will be new messes (which is ok!), and when the time comes we can clean it out again!
Posted by Courtney at 5:00 AM