We are so close to finishing our lengthy indoor to-do list. I am- of course- pushing for the finish line, especially because once the inside is "done enough," we can start working outside again.

This weekend was going to see one of the final chores checked off the list: replace upstairs shower valves and install new shower/tub fixtures. For the record, we mostly succeeded, BUT on Sunday there was a distraction... 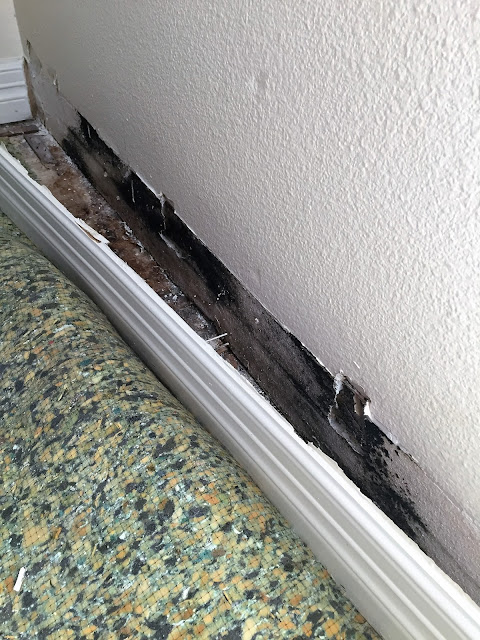 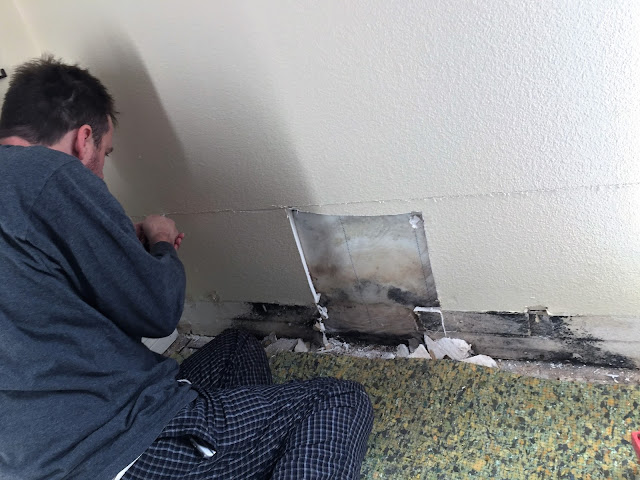 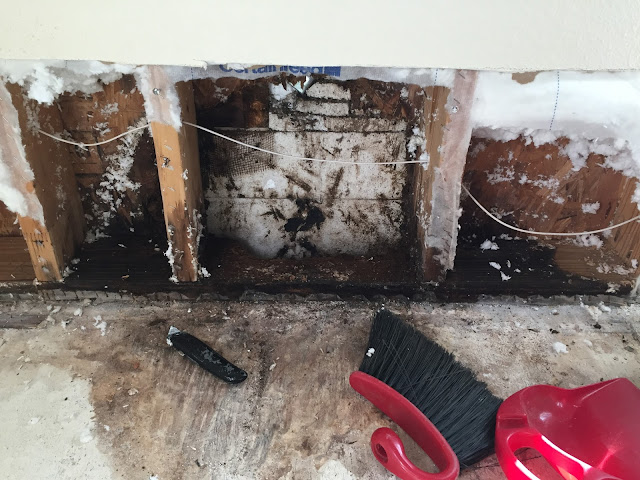 For a while now we've been aware of a water leak in Audrey's room. We discovered it last spring and thought we'd fixed it. However what we didn't realize was how major the damage already was by the time we discovered it (we're thinking the leak was from a mistake made when the house was built... 15 years ago), and that we didn't quite seal up the hole completely when we found it.

I'd been worried about what might be in the wall for a while, and I'd also had a nagging feeling there might be a correlation between what we couldn't see and Audrey's almost constant congestion. My parents finally pushed me to bring it up, so on Sunday morning- still in our pjs- we took a hammer and buddy bar to the baseboard where the water comes in and voila! It's a worst-case scenario. 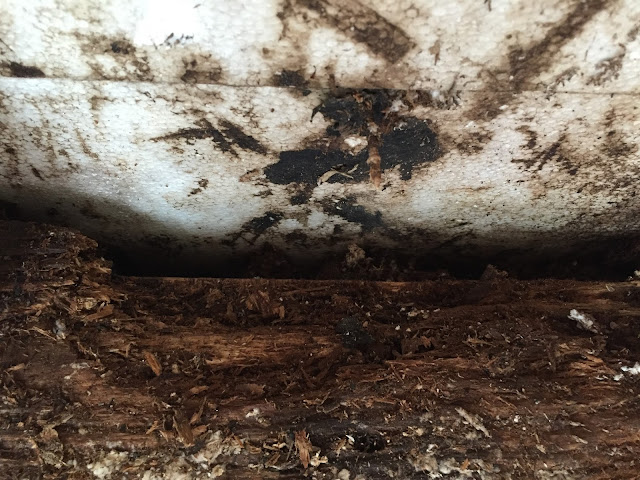 The bottom of 2 studs are rotten, the 2x6 they sit on is rotten, the sub-floor at the wall is rotten, and there is nothing left between the room and the outside except the Styrofoam foundation for the EIFS on the exterior of the house. I can practically stick my arm down into the floor past my elbow. There used to be a very minor drip issue around the window directly below Audrey's room, and now we know why... we just don't know how bad the wall is above/around that window. 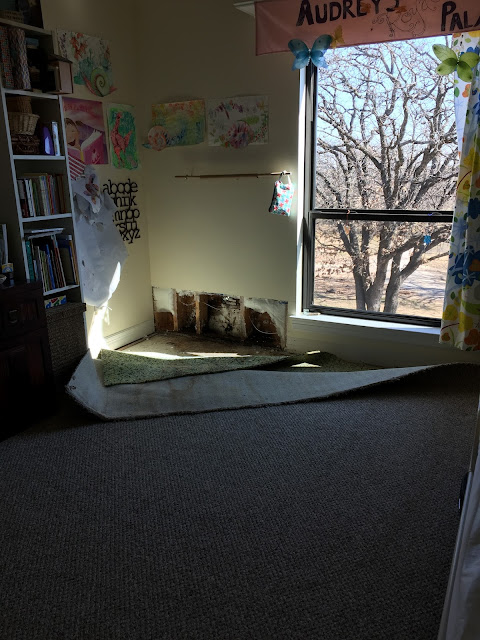 So on Sunday morning- in our pjs- we cut out moldy drywall, scooped out damp insulation, scraped away rotten wood, and evacuated Audrey and all her most important possessions. She now resides in the guest bedroom (so so thankful there was a place for her to move in to!) and the demolition of the exterior wall for the purposes of stud replacement and sub-floor assessment has made it's way on to the list that- only hours earlier- had seemed so short. 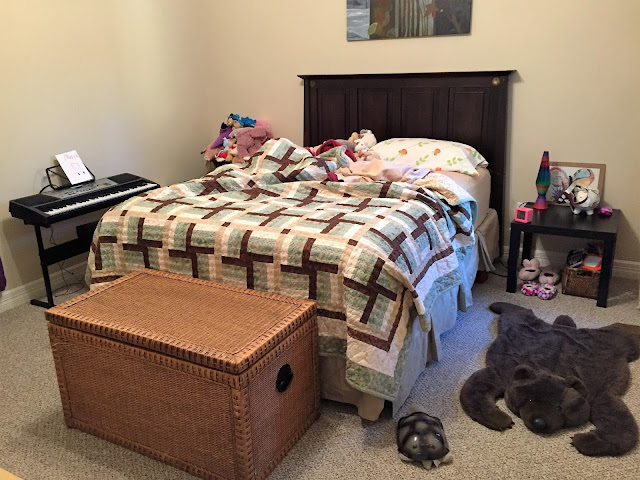 As they say: there's no rest for the weary... or the homeowner!
Posted by Courtney at 8:16 AM

Email ThisBlogThis!Share to TwitterShare to FacebookShare to Pinterest
Labels: Weekending