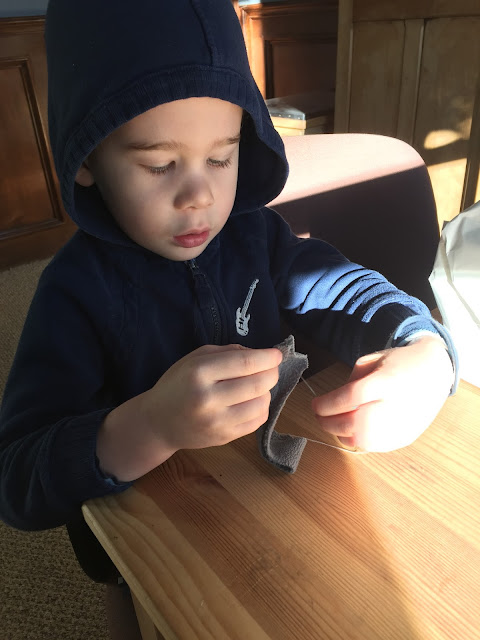 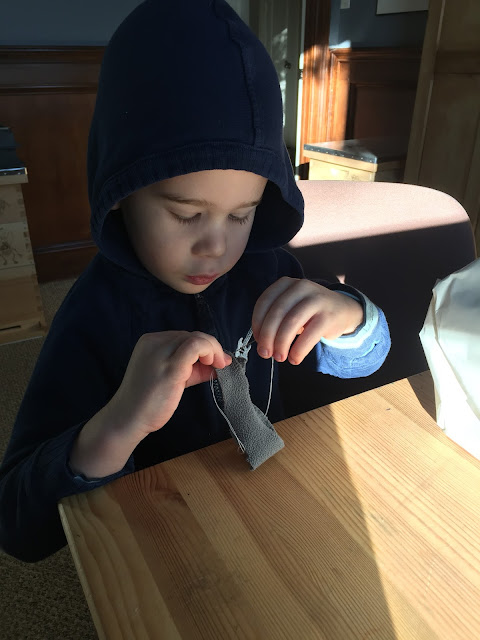 Henry outgrew a fairly new jacket (well, his arms did) and Audrey had a nightgown with elastic she felt was too tight around the wrists, so yesterday I sat down to try and fix up their stuff. Ever the curious observer Henry watched me for a bit then asked if he could have his own needle and thread for a try at hand sewing.

He gathered up the scraps from the sleeves of his jacket (I cut them off to turn the jacket into a vest) and sat with devotion for almost 30 minutes learning to make stitches.

He was frustrated at first but got the hang of it after a bit, and when we were done with our projects he'd made himself five new "finger warmers," which is something both kiddos always end up turning out when they're sewing. I have no clue what the inspiration is, but I think it's kinda funny. 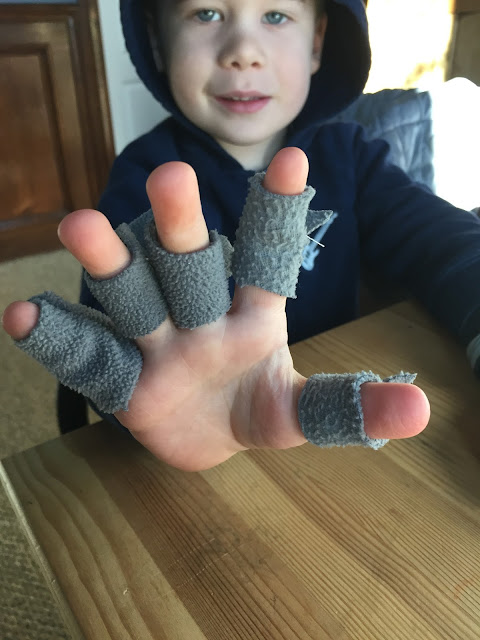 He's actually kept track of all five and has worn them several times since making them. He's very proud of them... and I'm very proud of how he stuck with it despite his frustration and made something special.

Something special... like finger warmers.
Posted by Courtney at 11:17 AM

Email ThisBlogThis!Share to TwitterShare to FacebookShare to Pinterest
Labels: Art and Crafts