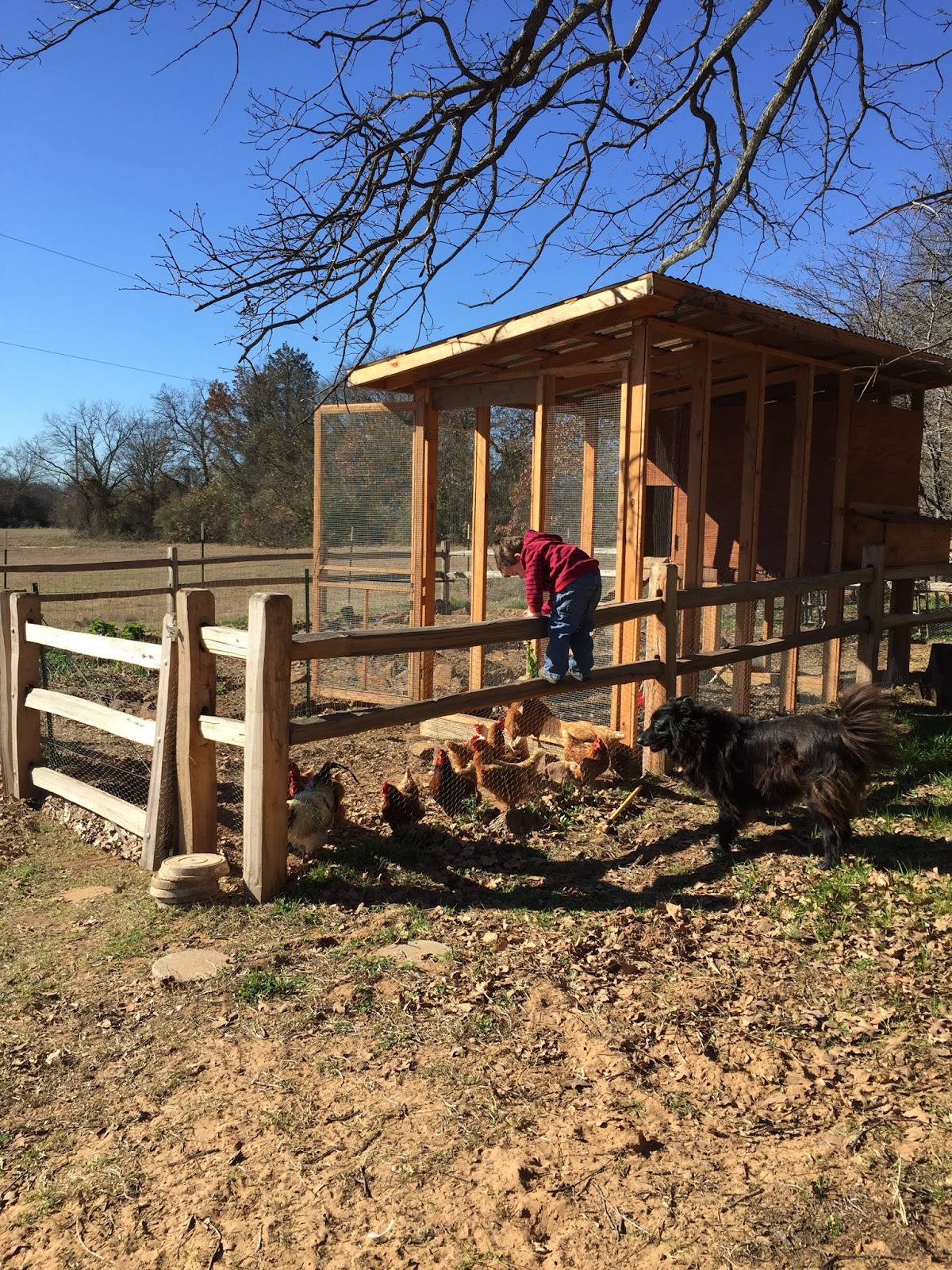 We have a very plucky rooster. It makes me think of that quote by the character 'Ruby' played by Renee Zellweger in 'Cold Mountain,' when she laments flogging roosters, and says, "Let's put 'im in a pot!"

The thought has crossed my mind about ours. Sadly, though, the whole reason why I have a rooster is for the protection of my flock, and Chicken Joe is truly just doing his job. There are days when he crosses the line, though.

He's attacked Henry (several times). He's attacked Audrey. He gets after me sometimes when I step in to feed the girls if he doesn't like the sound of the bag/bucket/container I'm carrying.

And now... now he's growing spurs. It won't be long before I'll have to decide if he's worth the trouble that I can see coming. I don't know if I'll ever have the girls truly fully free-ranging the property, so having him around may be all for not. 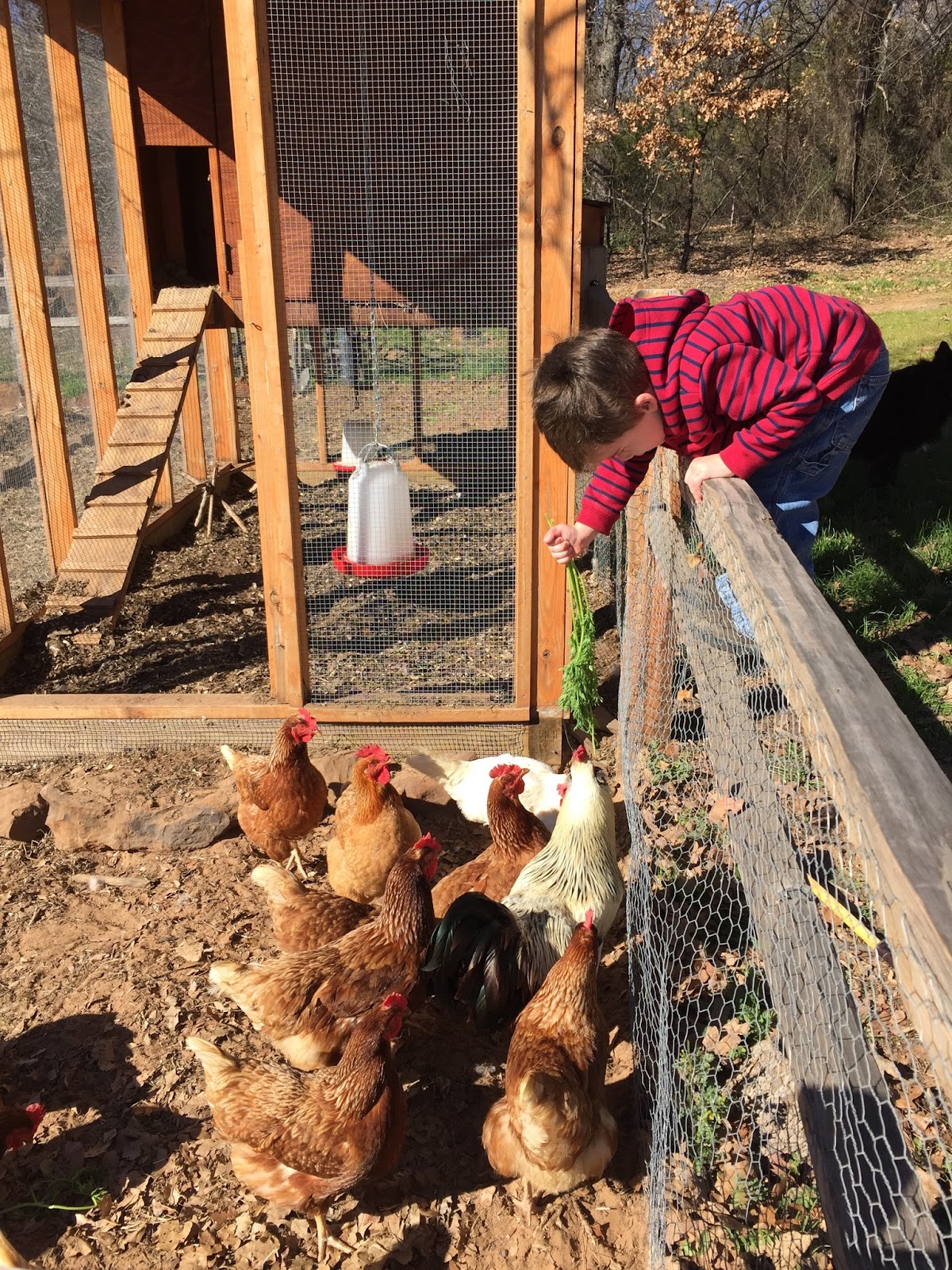 He is a truly beautiful bird, though, and despite him being a "meanie" as the kids say, they still try to "make him kind." I can't escape the possibility that I may meet with a little opposition if the day comes when I want to put 'im in a pot!

Yesterday I gave Henry the tops from some carrots to toss to the girls, and when he didn't come right back inside I went out to find him like this, dangling the greens above Chicken Joe, speaking in a soft voice, and saying, "It's OK Chicken Joe, it's OK, see? I'm not dangerous, I'm wike a chicken friend!" 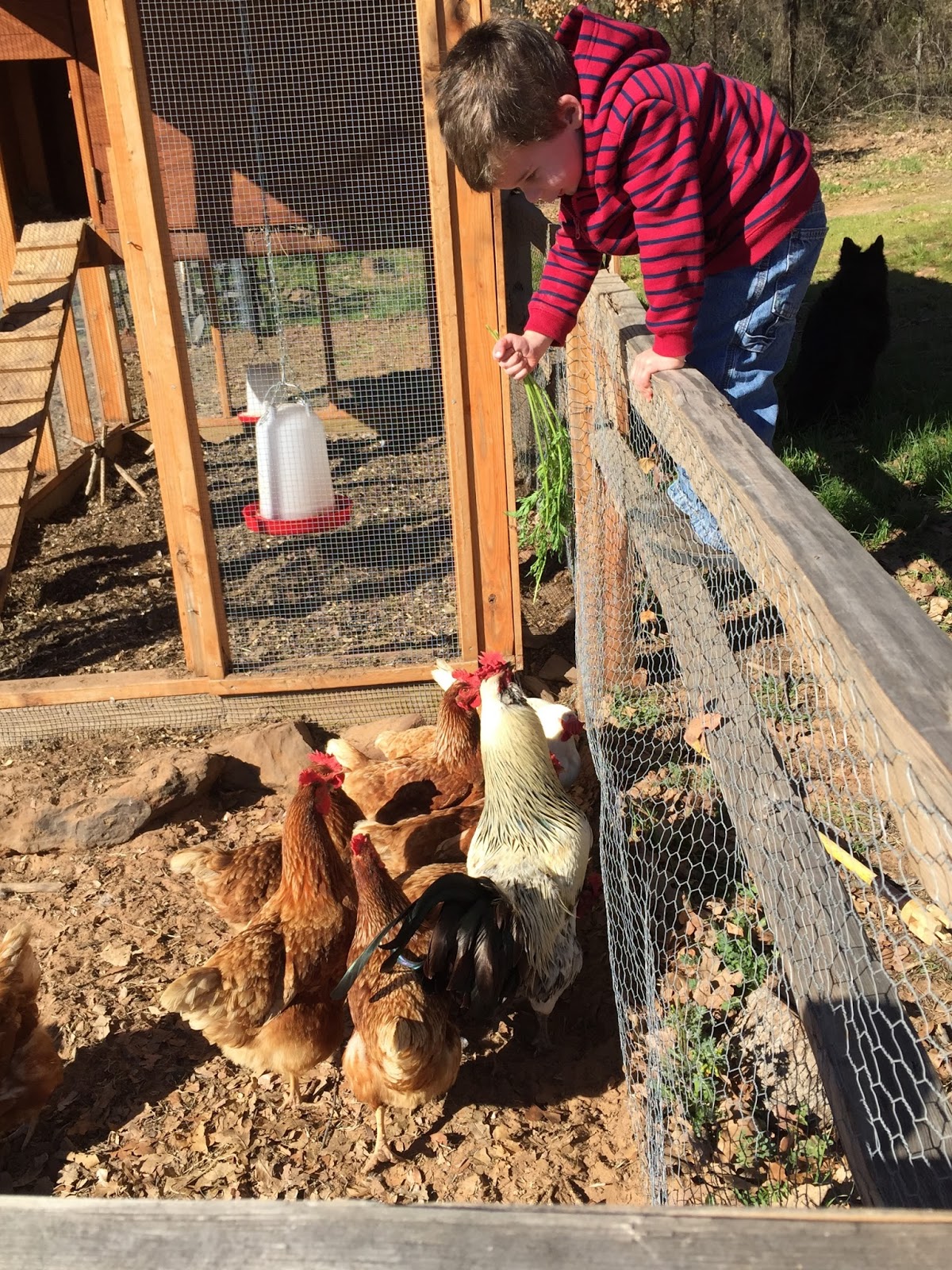 ...and much to my surprise, it kinda looked like Chicken Joe was listening!

So there we have it. He's not quite a year old, his spurs are only about an inch long (so far), he's kinda turning in to a "meanie," and we kinda love him. So now what do I do?
Posted by Courtney at 1:39 PM

Email ThisBlogThis!Share to TwitterShare to FacebookShare to Pinterest
Labels: Chickens, Thinking Out Loud