Return of the Spider

This weekend, our 'little' spider friend made a third appearance. The first time was actually the first time we'd seen a tarantula on our property. The second time seemed like it was he (or she?) just noticing us. This time he was just walkin' around like he owned the place. 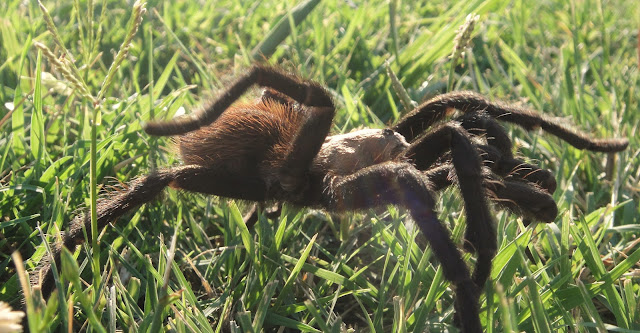 Bugs of all kinds inspire awe around here, and in some cases, poking and prodding. Both kiddos wanted a chance to check out this hairy guy the moment we all saw him, and by the end of my brief photo shoot, I was wrangling them out of the path of the prowling arachnid (not to mention trying to keep the dog from stepping on it).

It was a cool moment, but I didn't want to have to deal with a spider bite to end our evening, so after getting a few good shots, I closed up my camera and used it to bat the spider towards the garden. He was very slowly letting me heard him away from the kiddos, and Audrey had already lost interest, but Henry remained at my side (loudly declaring there was a "BUUUUUUUH!" and making it clear he had no intention of letting it out of his sight). 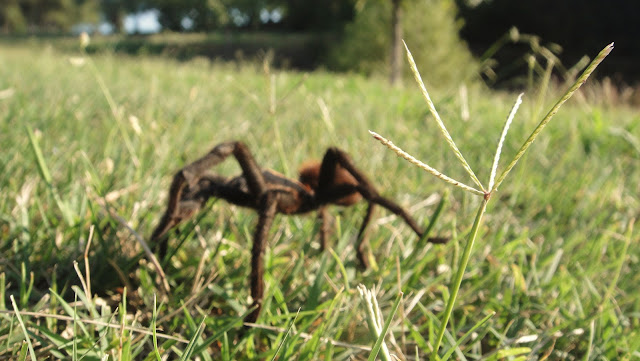 Do you see where this is going? 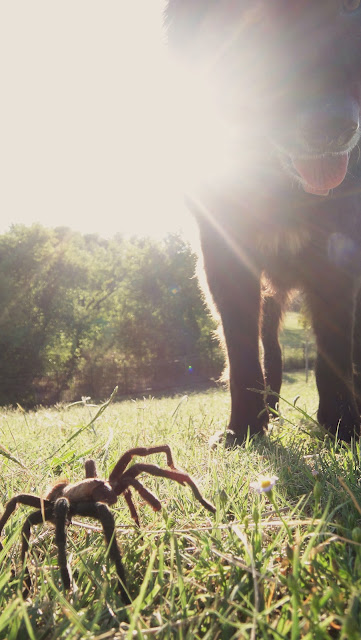 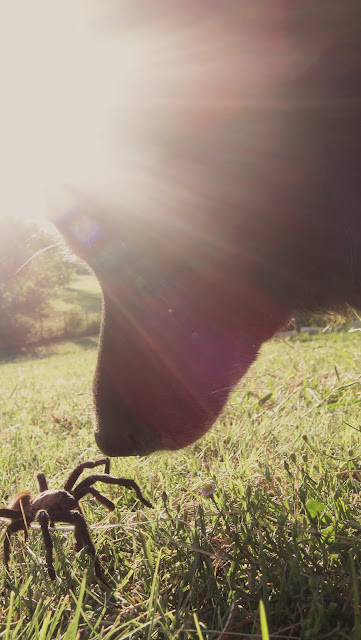 So as I'm batting the spider towards the cover (and fence) of my garden, it decides it's done being prodded, turns on a dime, and with unexpected and surprising speed, starts making a bee-line towards the creek... which just so happened to be behind us... behind Henry... and our big Bubba was not going to deter him from getting back to his hidey-hole.

Seriously, I had no idea that fuzzy thing was capable of moving that fast. I barely had time to sidestep and scoop Henry out of the way before it would have been all over him.

Needless to say, it now resides well outside our yard, hopefully relocated to a stomping ground appealing enough to keep it away.

Note: no spiders- or dogs, or babies- were harmed in this story.
Posted by Courtney at 7:26 AM