Remember that time when Audrey tripped and fell and her front tooth caught her? When we had her tooth fixed, we were told that there was a chance that the impact of the fall might prove to have also damaged the root, but there would be no way of knowing except to just wait and see.

It turns out the root was damaged, it later died... and Audrey ended up with a pretty painful abscess.

This poor brave girl started complaining of pain in her mouth at the beginning of last weekend, it quickly accelerated into excruciating status, and after a quick trip to get an antibiotic prescription and a week on said meds, she was finally afforded some relief... via a root canal. 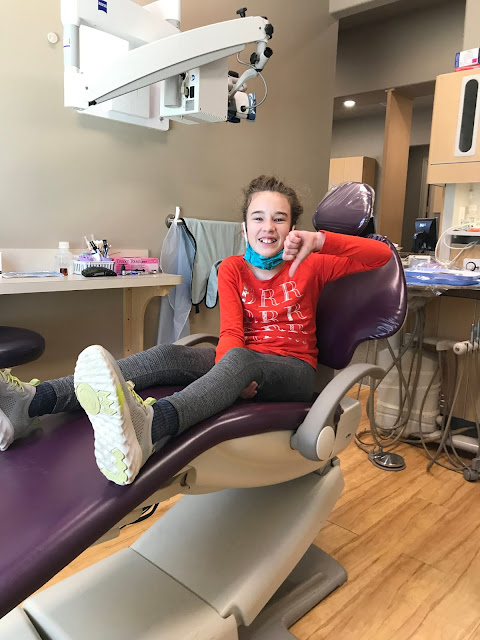 Although she was glad to get things resolved, she wasn't very happy about going through the process (who could blame her?). It took about an hour and all she had was gas and local anesthetic, but the staff said she handled it better than half the adults that came in for the same procedure. 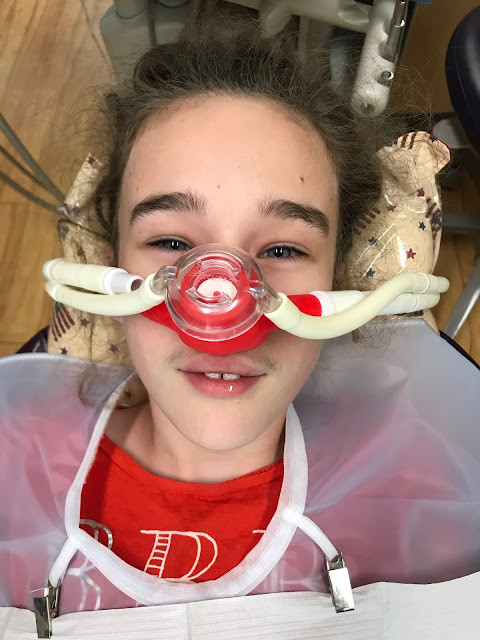 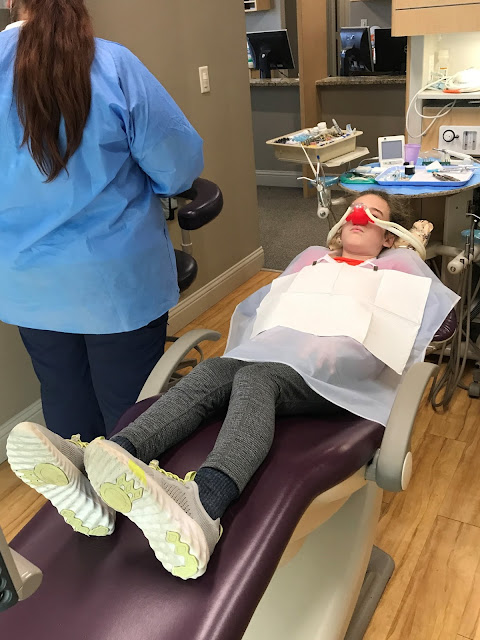 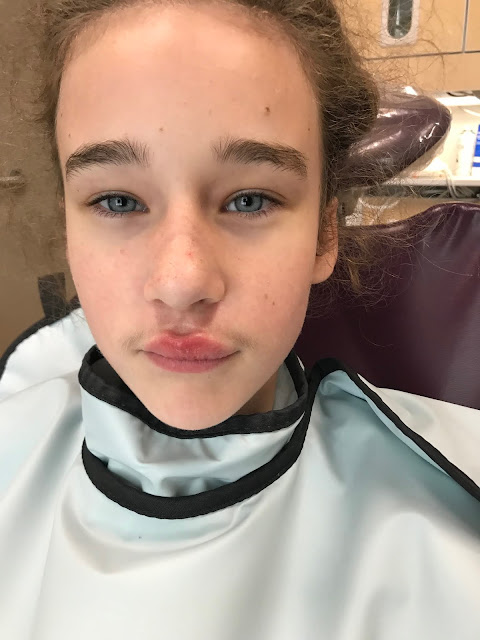 She recovered in 24 hours and reports now that not only do things feel normal, but she doesn't even think the filling needs any smoothing or touchup. It was stressful to watch her go through it, but we have no regrets... and we are so glad to have this resolved! 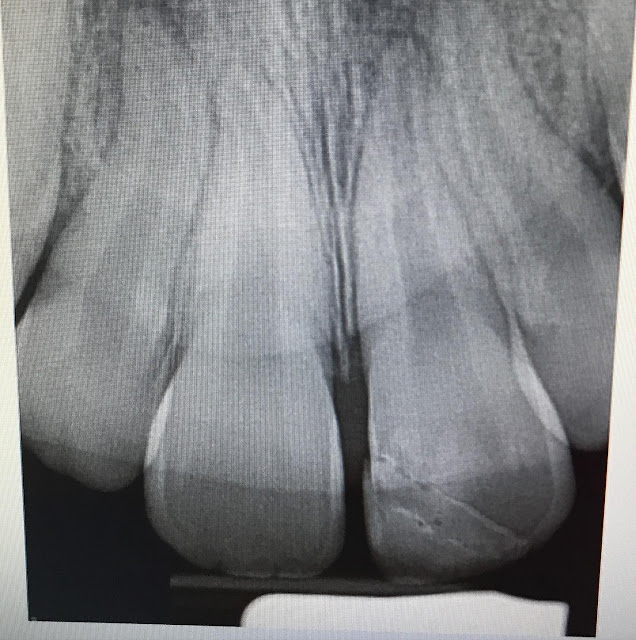 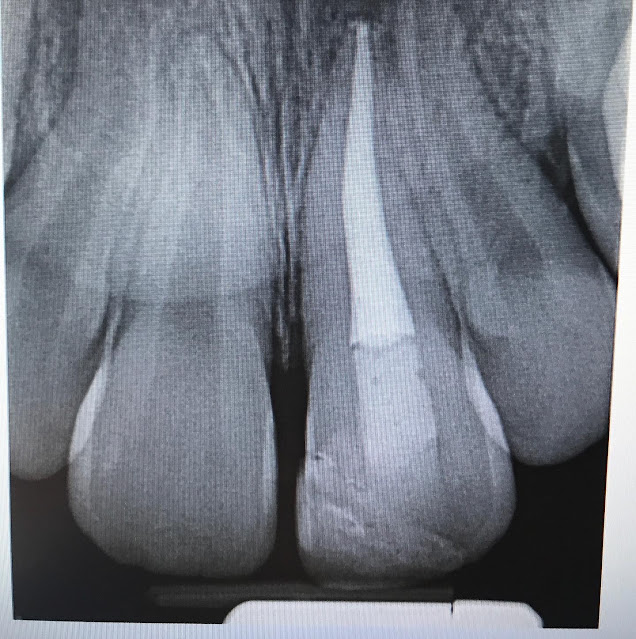