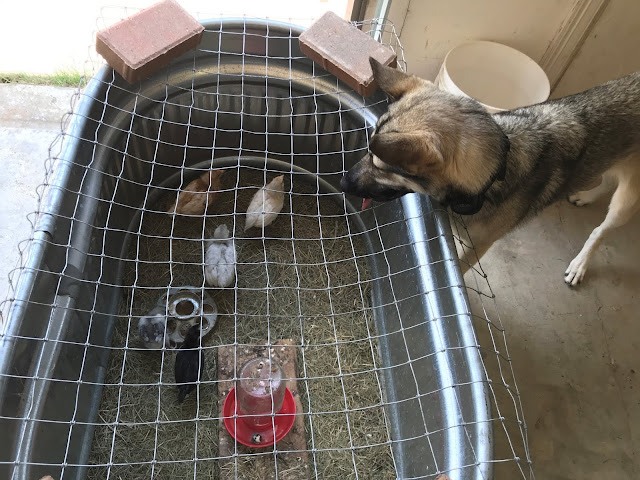 Since the beginning of the summer, we've had six little puffballs living in the garage in a "brooder" borrowed from Aunt Karen and Uncle Larry. Happy and safe, they grew and grew... and got smellier, and smellier... and smellier.

Then, over the weekend, we realized all the room in the brooder had somehow been filled with teenager chickens, and it was time for them to move out.

Now, this is the first time I've had to blend younger chicks with an established flock, and I've been reading everything I can lay my eyeballs on to make sure I don't mess things up! Right now I'm 99% sure they are not big enough to go out with the big girls in the proper chicken coop, so what to do with these big-little chicks?

Revive the chicken tractor, of course! 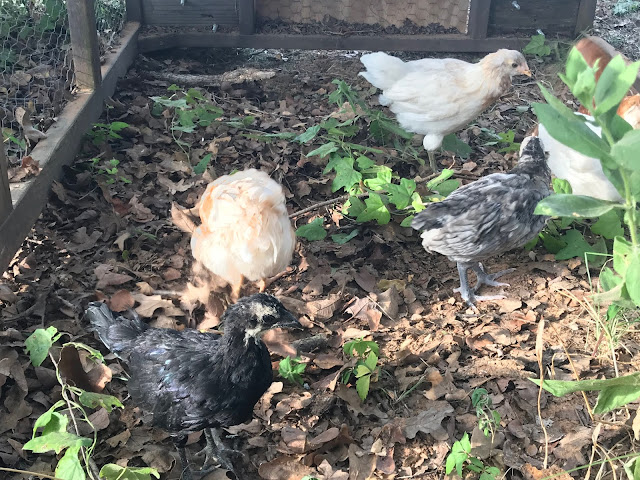 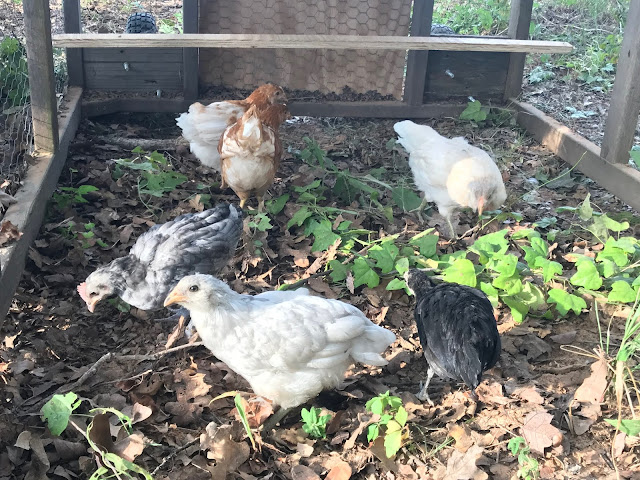 I added a perch at the back, a solid wood panel in the middle, and a small tile roof for shade and rain protection, then wrapped the whole thing in hardware cloth to protect them against snakes. They have now spent two nights out there and so far all is well! The major flaw right now is that something motivated enough could dig under it, but at night I push them up closer to the house with the hopes that Suka's scent might discourage things from lingering.

Phase two will be pushing the chicken tractor into the big girl chicken run so they can all start getting used to each other. But that probably won't be for another week or two I think. 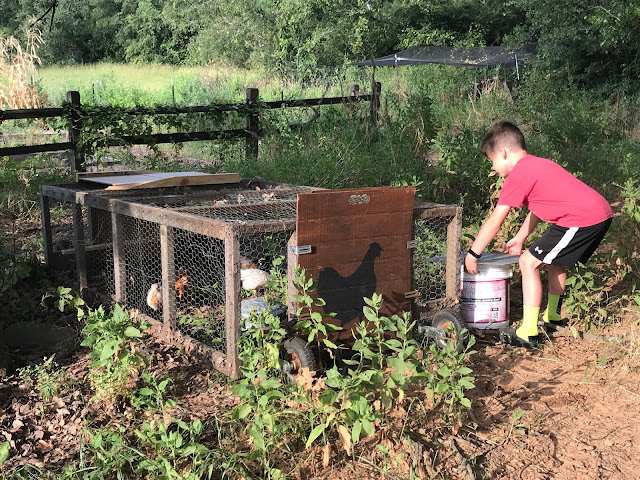 For now, the Chicken Friends approve of the new Peep's new digs, and I have heard both report that the little feather girls are clearly happier out there, as they get "peep zoomies" every time they're visited by their people.

I sure am happier with them out there, too- at least now our garage doesn't smell like teenage peeps!

Post edit:
Overnight it appears a coyote found and exploited the biggest weakness of the tractor: there is nothing to stop a digging predator. There were no survivors. 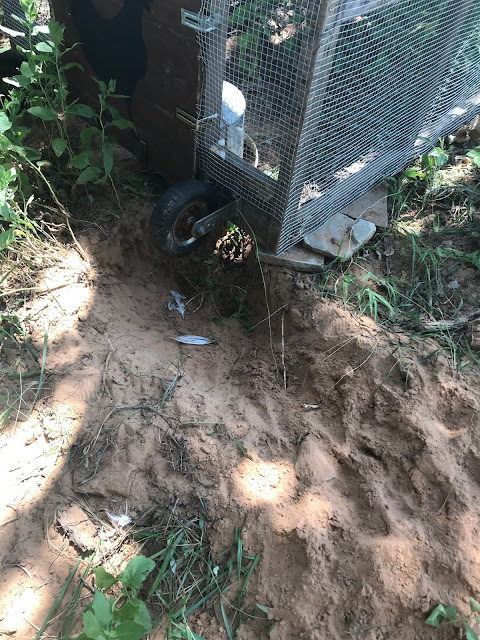 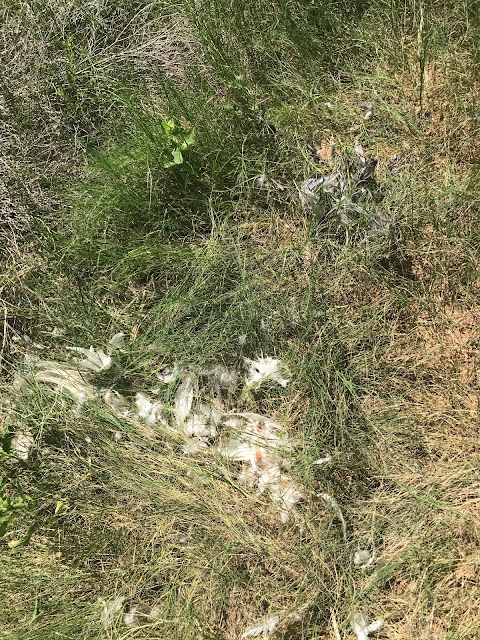 Designs are now underway for a rebuilt chicken yard with a peep pen within the fortress walls. We will rebuild... and we will try again.
Posted by Courtney at 5:00 AM