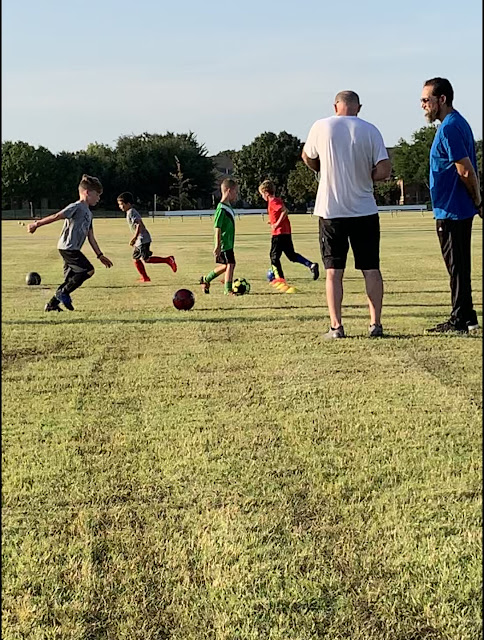 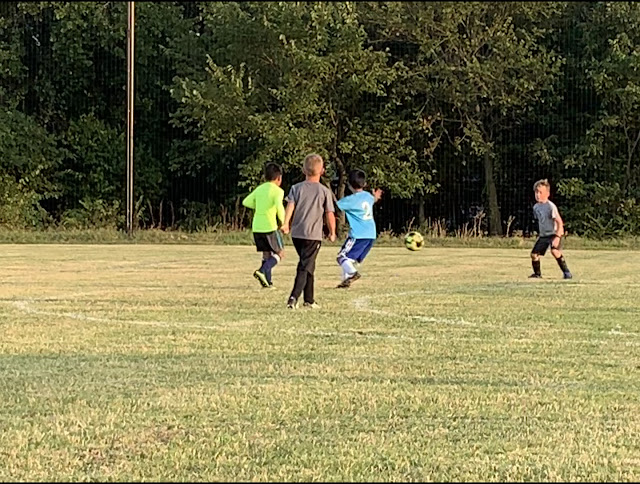 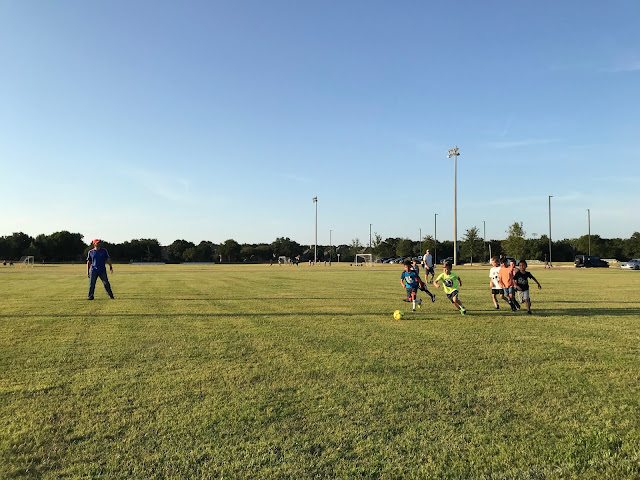 Hen's a soccer guy now, did you know? We have moved beyond the community center "fundamentals" sessions and he is now a member of a real team... and apparently at this level, they'll be playing real games that follow all the real soccer rules, they'll keep score, and the best part- according to Henry- is that in a few more weeks, they'll all have real uniforms.

That should be fun... I already have to fight him to keep him from wearing his shin guards and cleats out to, say, the grocery store... but he is so excited about this, y'all.

I was a little worried after the first meet-and-greet/practice; he is the only kid out of the 11 of them on the team that has never been on a sports team. After the second practice, though, I am feeling great about it all- he is very average compared to the majority of them. Truthfully, there are only two kids on the team that look like they know what they're doing, ha! And once Hen realized that for himself, he relaxed and dove right in!

And he's not the only one loving this new thing we're now doing twice a week... 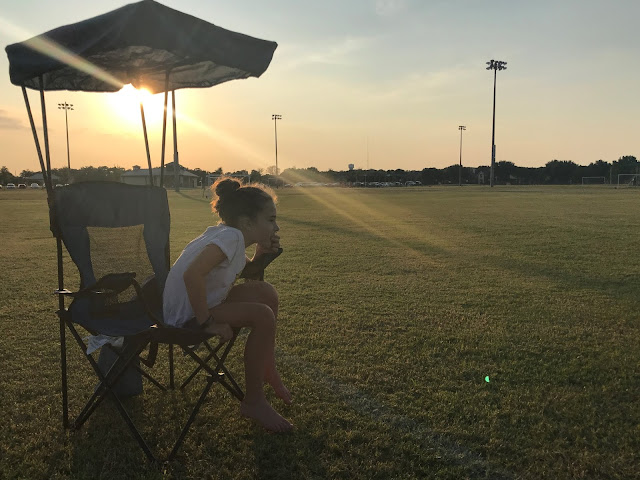 Big sister has voluntarily come to 2/3 practices- in the heat- to sit on the sidelines, refill water bottles, and cheer for her Bubba. I think we're off to a great start with our Soccer Guy. 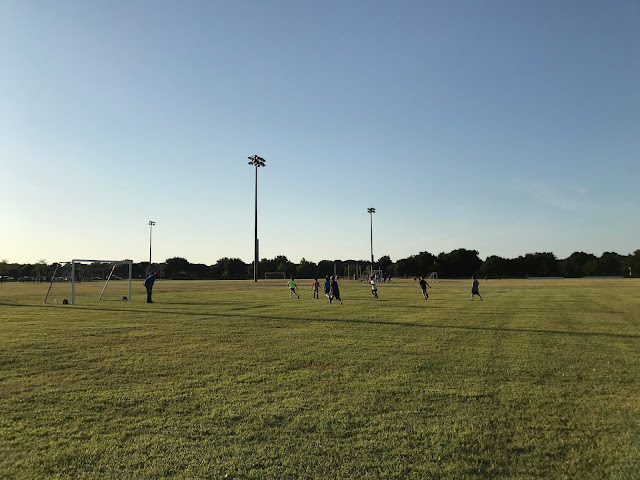 First game should be at the end of August!
Posted by Courtney at 7:31 AM