I Bake Because I'm Cold 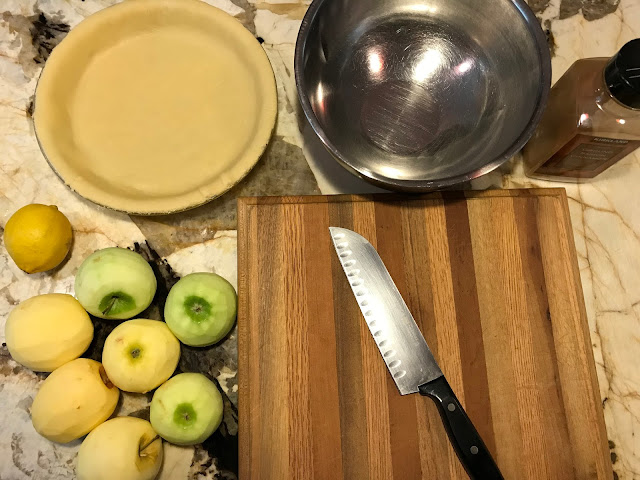 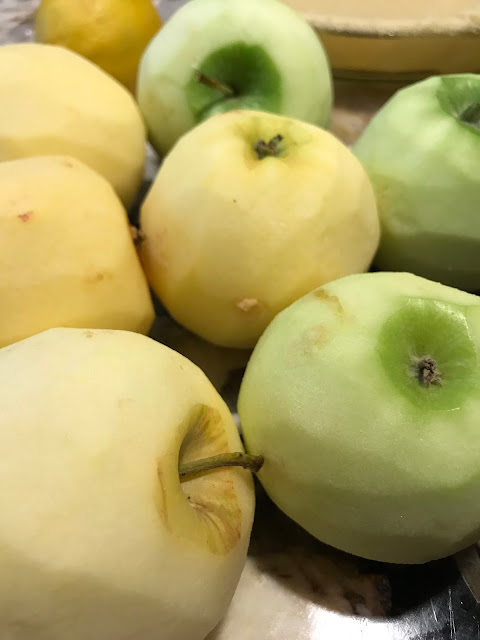 The "coldest air of the season (so far)" blew on through Friday, and I woke up that morning in our stuffy room excited to hear that gale blowing... I threw open a few strategic windows to get that fresh northern air chasing away the staleness of days upon days of air conditioning... but after the kids went to school, I found myself slowly closing them all back down! What a chill we've had! By mid-morning I was cold! So I preheated the oven and made us our first autumn apple pie. Because that's what I do. I bake when I get cold (what a lucky family I have). 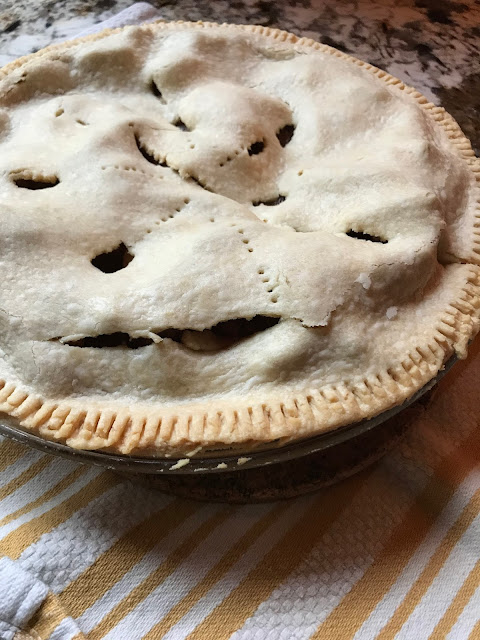 There was a moment when we actually had some frozen precipitation, and as it fell, through my last remaining open window I heard another flock of geese fly by. The cold air, the graupel, the smell of pie... it was a zen moment.


While the oven was hot I also got in a batch of kraut broca, and with some hot potato soup we were all feelin' fine by the end of that first cold day! It's a good thing, too, because at sunset I realized we were under a freeze watch and had to rush out with old sheets and clothespins to try and cover my tomatoes (the ones I was bragging on the other day). I used two twin sheets, a queen sheet, and a king fitted sheet and was only able to cover one plant. 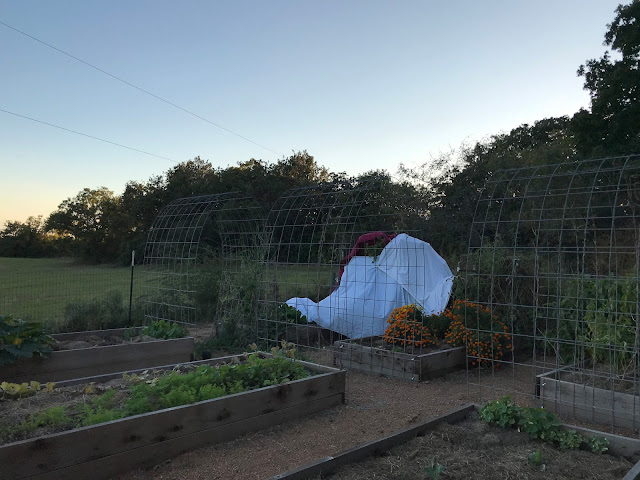 Here's hoping it worked, because I'm leavin' it be for today since we're going to have another potential below-freezing night again tonight (though we'll be back up to almost 90 by Thursday, ugh)!

Good thing we have pie now!
Posted by Courtney at 2:22 PM