A Rough Sketch... and a Donkey

Yesterday was the last nice day before we plunged back into winter. We've been hearing about the 'arctic blast' for days now on all the local news channels. I think what's freaking everyone out most is the wind chills- in the teens for several days and nights.

So the kids spent almost the entire day outside soaking up the sunshine, and I joined them for the first half of it to measure, stake, and outline that spot I've been eyeing for my garden. 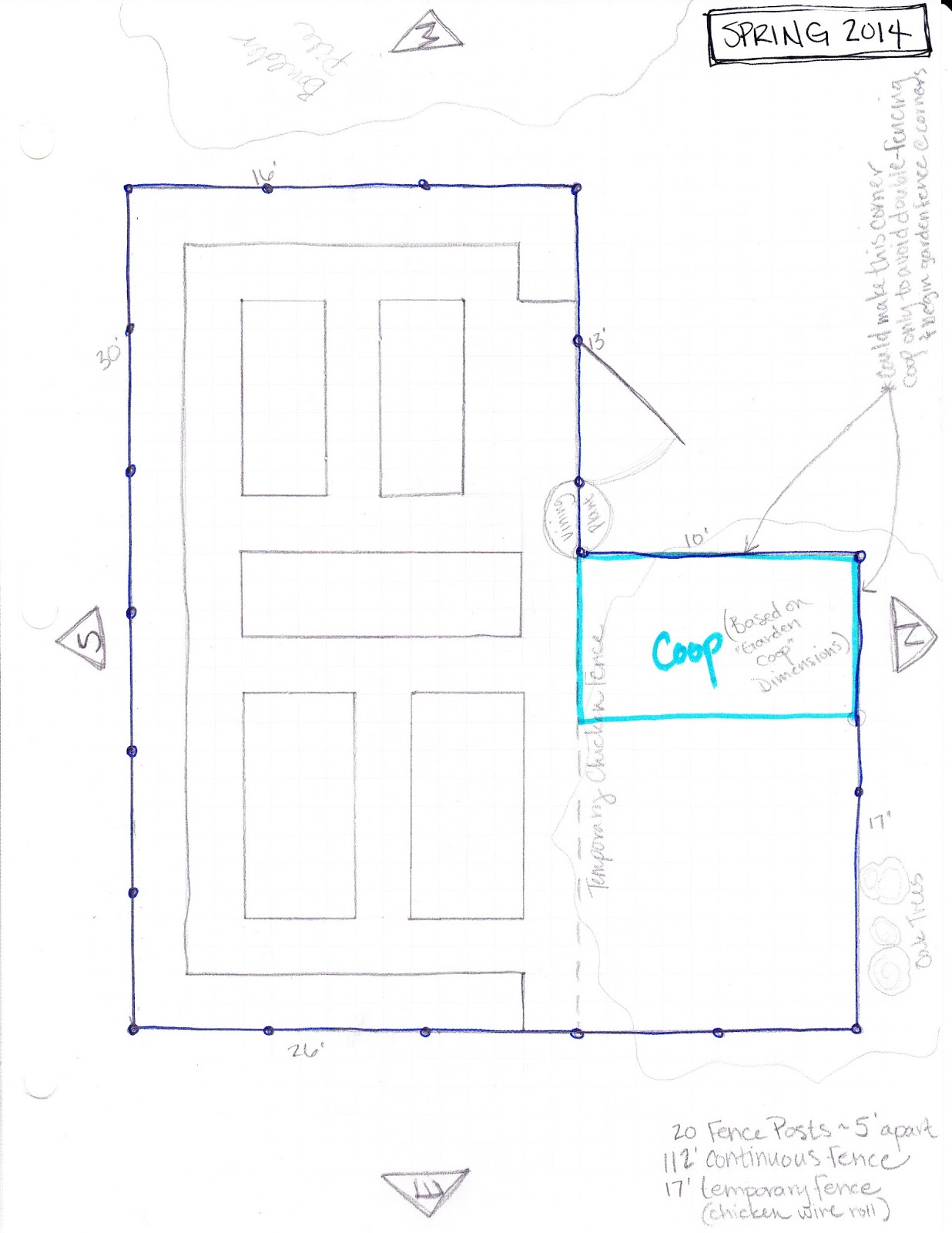 I think I'm leaning toward an 'L' shape, with the chicken coop/yard branching off of the garden toward a small cluster of oak trees that stand to the north, which will shade and serve as a wind block (and might also help obstruct the view from the house, if the chickens aren't as pristinely beautiful as I'm picturing). The entire space will be enclosed by one continuous fence, and the chicken space will have a temporary fence that can be rolled out as needed. That way, during the off-season, they can roam about the entire garden, foraging, cleaning up, and fertilizing for me, and during the growing season I can sequester them away from tender sprouts.

I'm also fairly decided against raised beds this time around. In our old garden, I had about 12" raised beds because the original soil was hard clay, and the spot I chose in our yard frequently had standing water for days after rain. In our new place, the soil is very, very sandy (which drains well all by itself), and I believe raised beds will make the soil dry out way too quickly. SO- permanent beds yes, raised beds no.

Aaaand that's about all the planning I've done at this point. Tantalizing. I'm rearing to get on to the next step, though: execution. 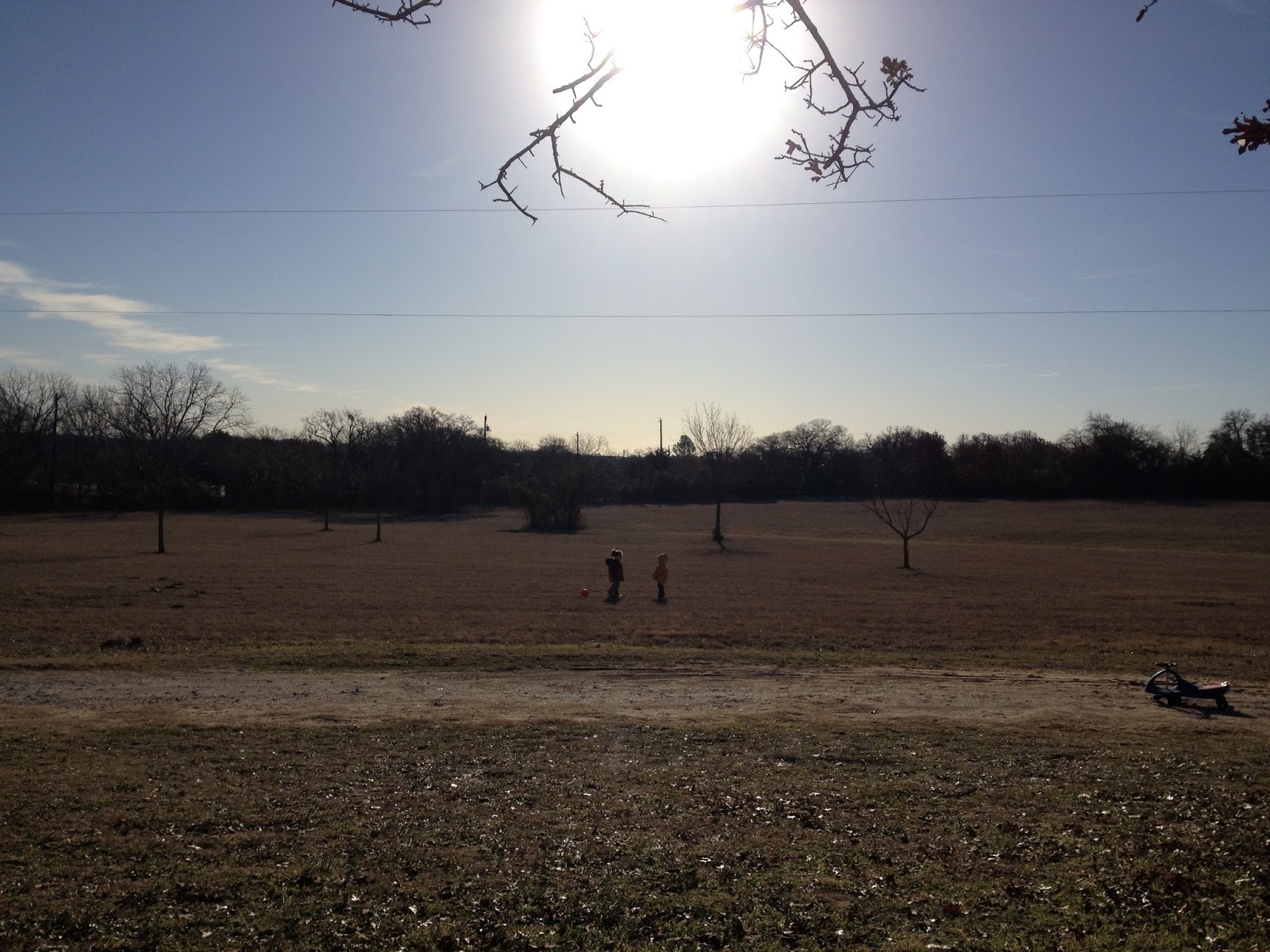 Were you wondering exactly what the kiddos were up to while I was brainstorming all this up yesterday? 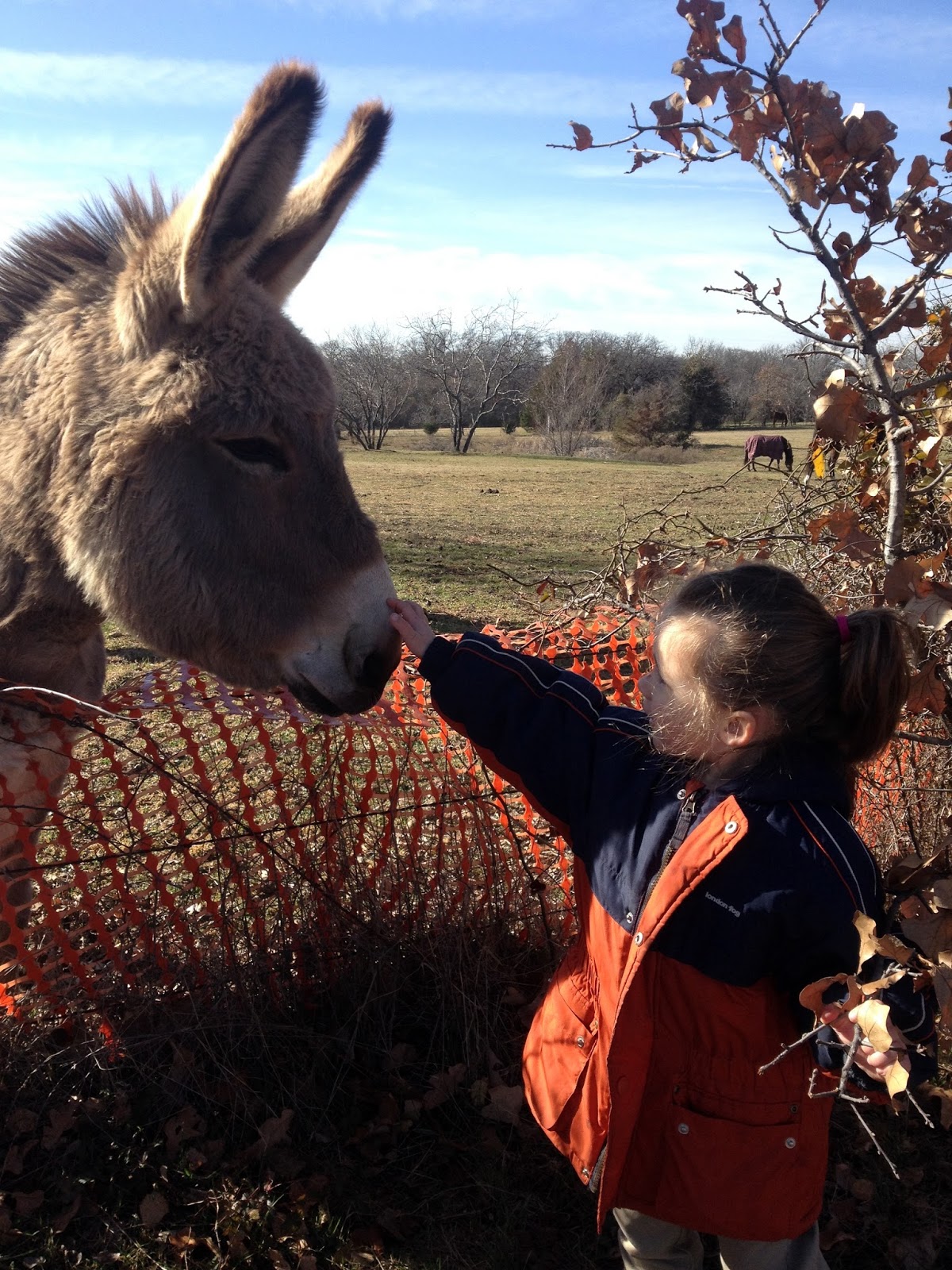 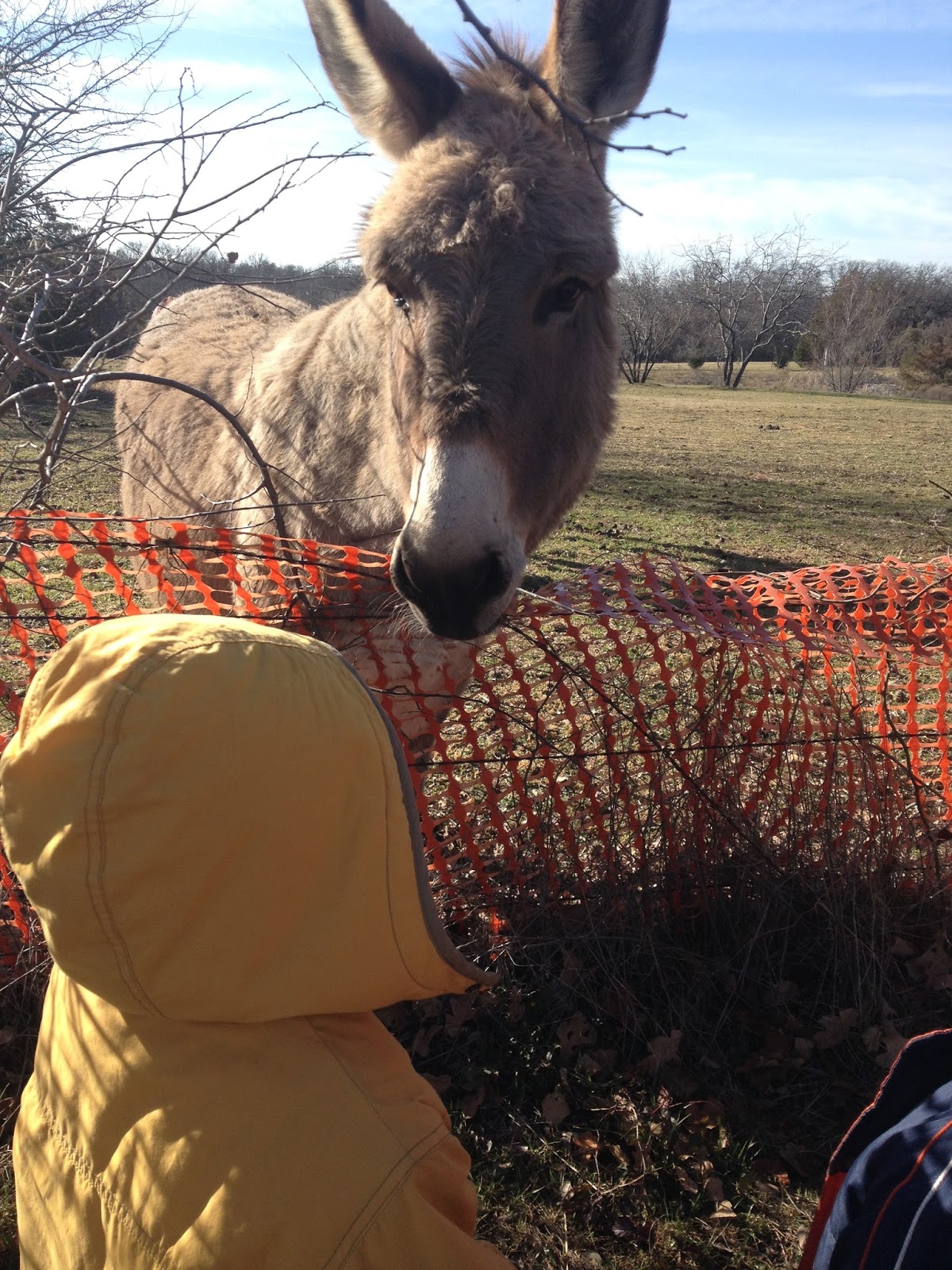 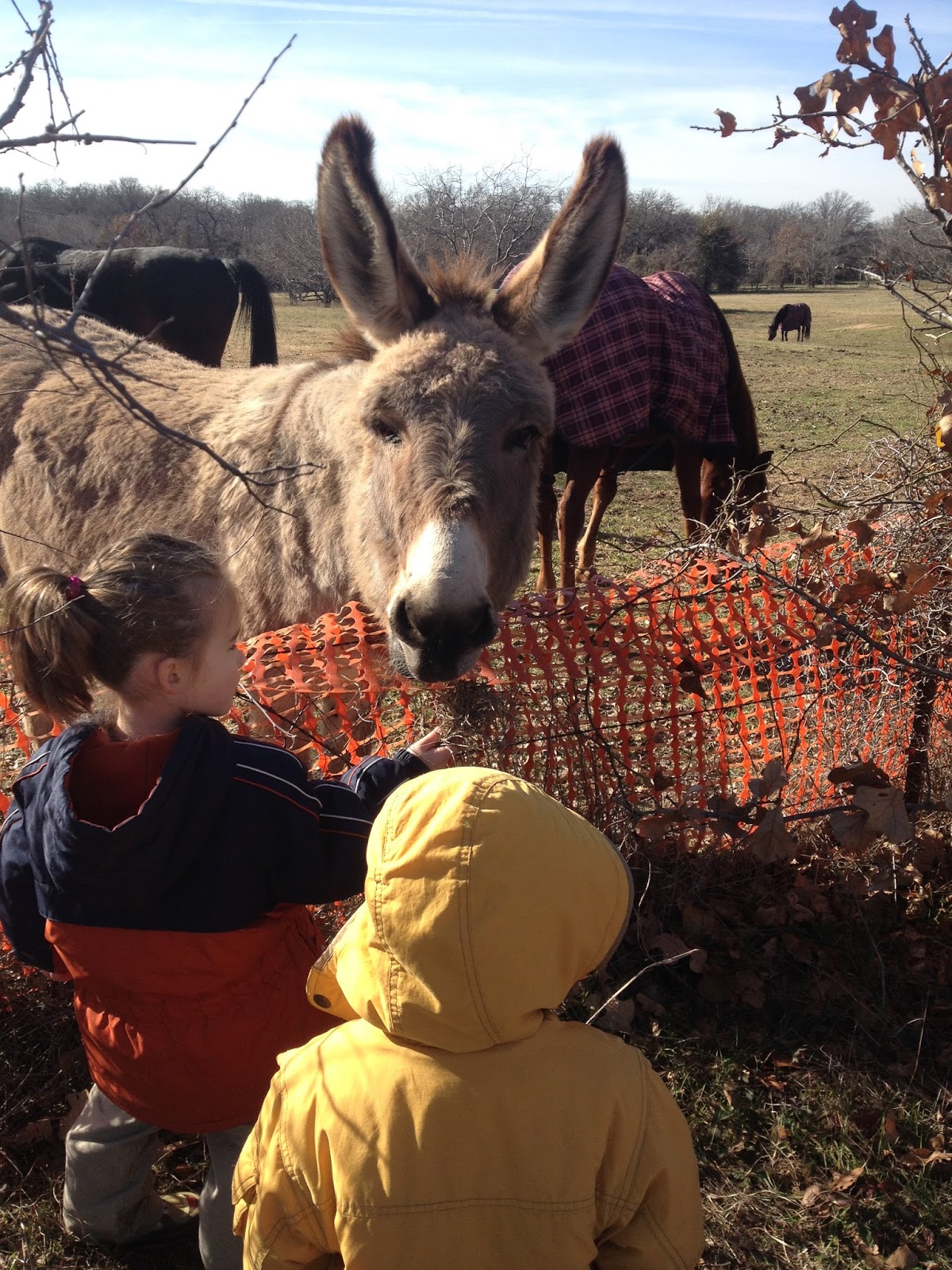 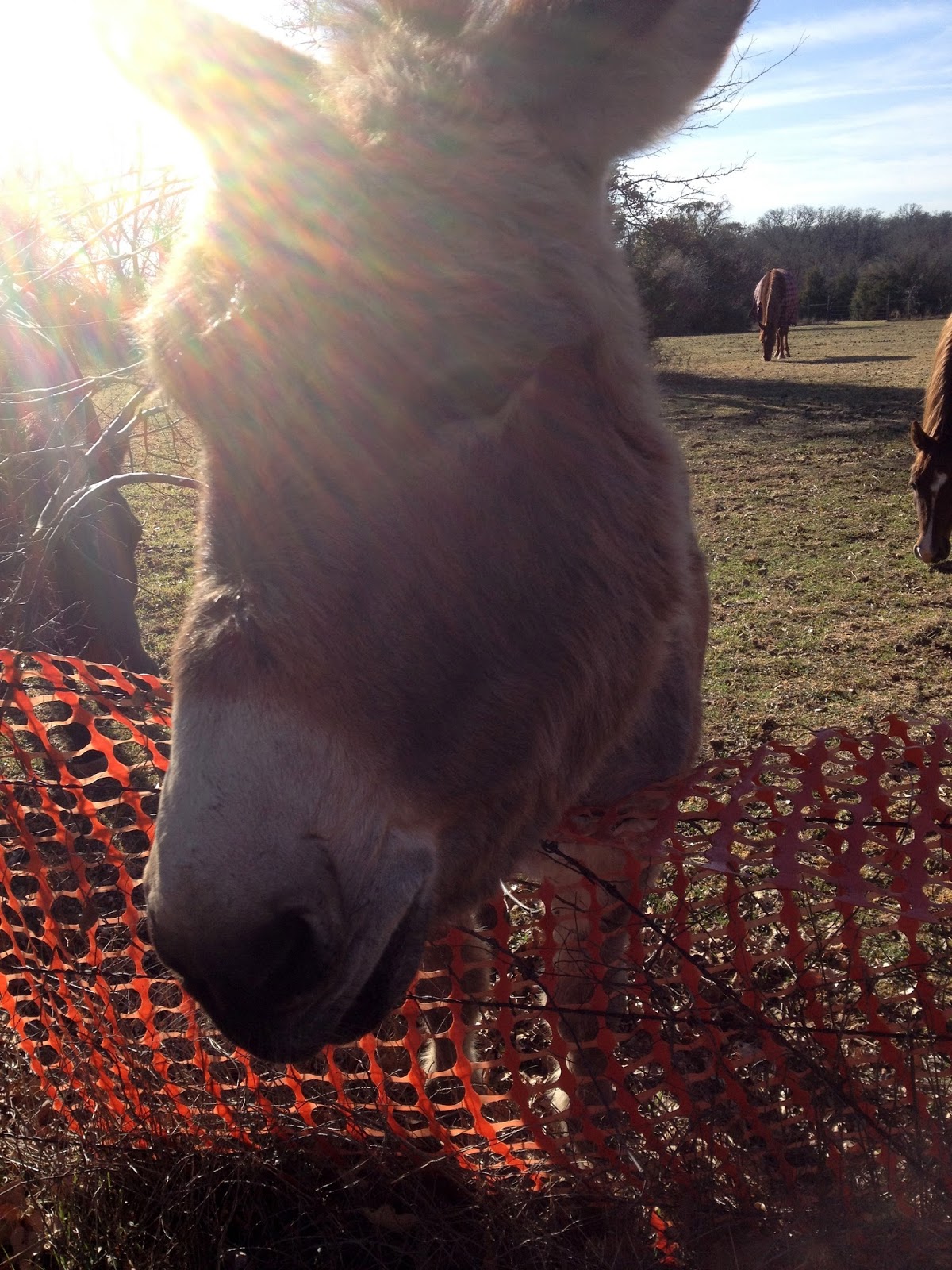 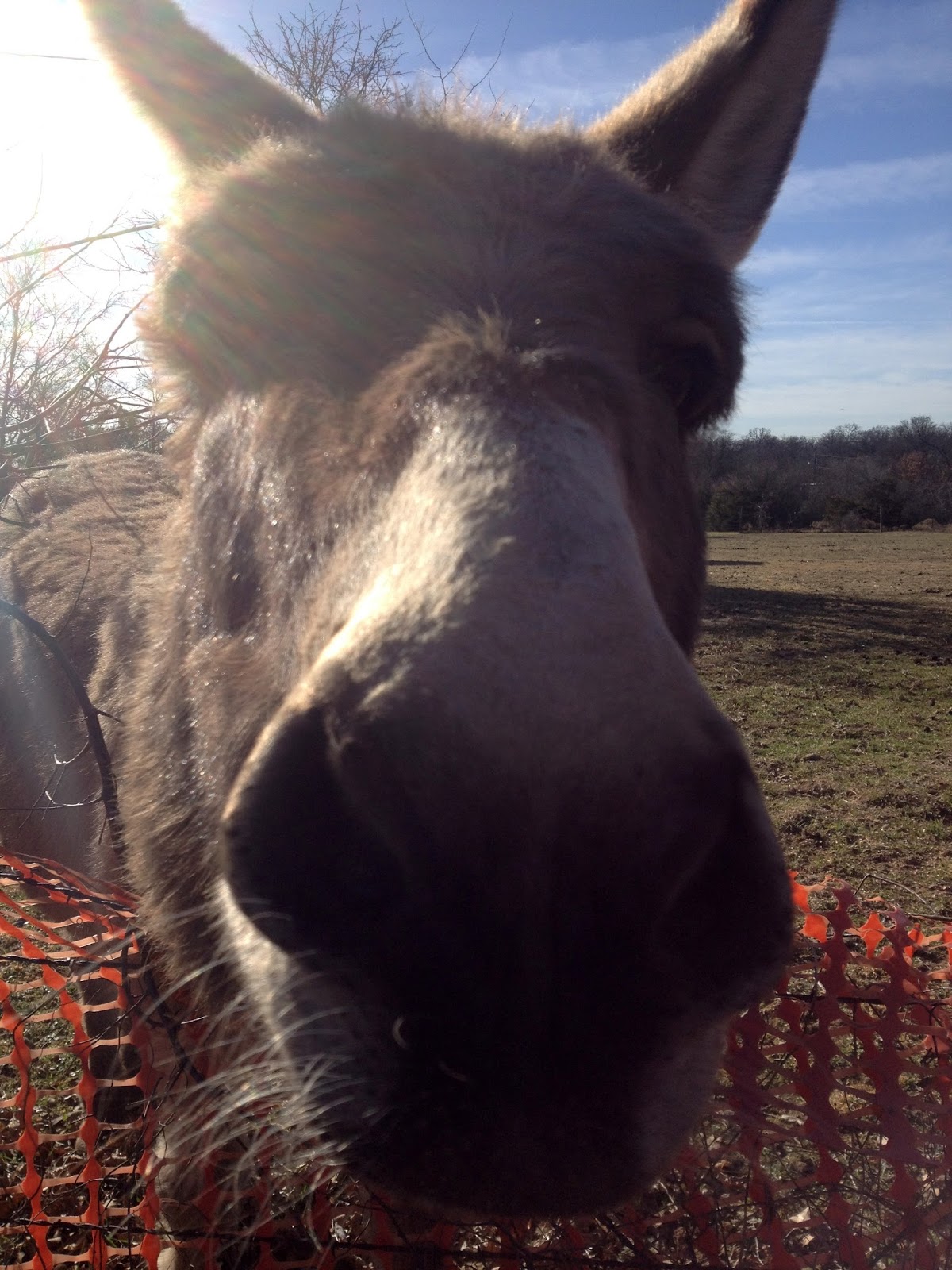 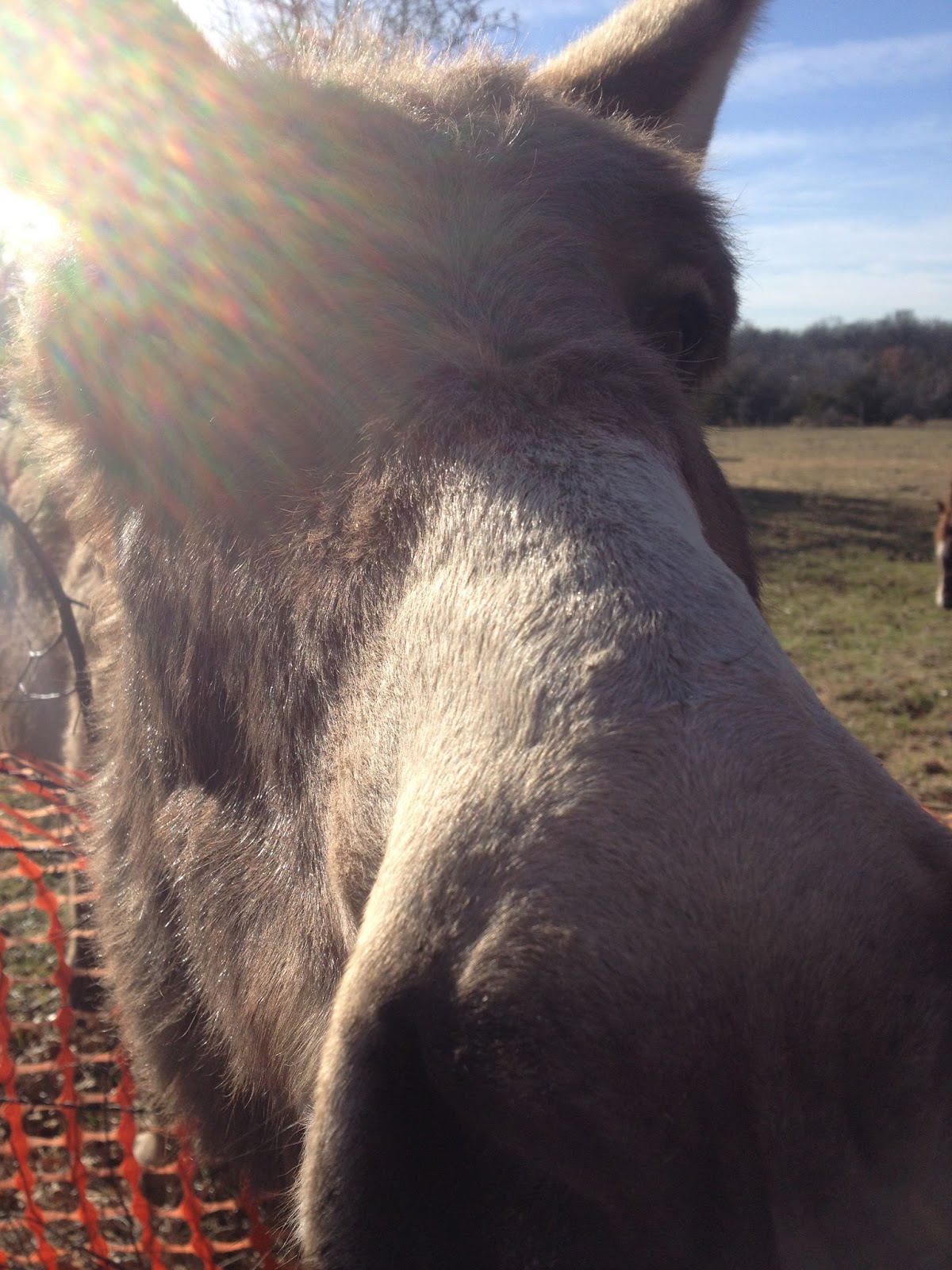 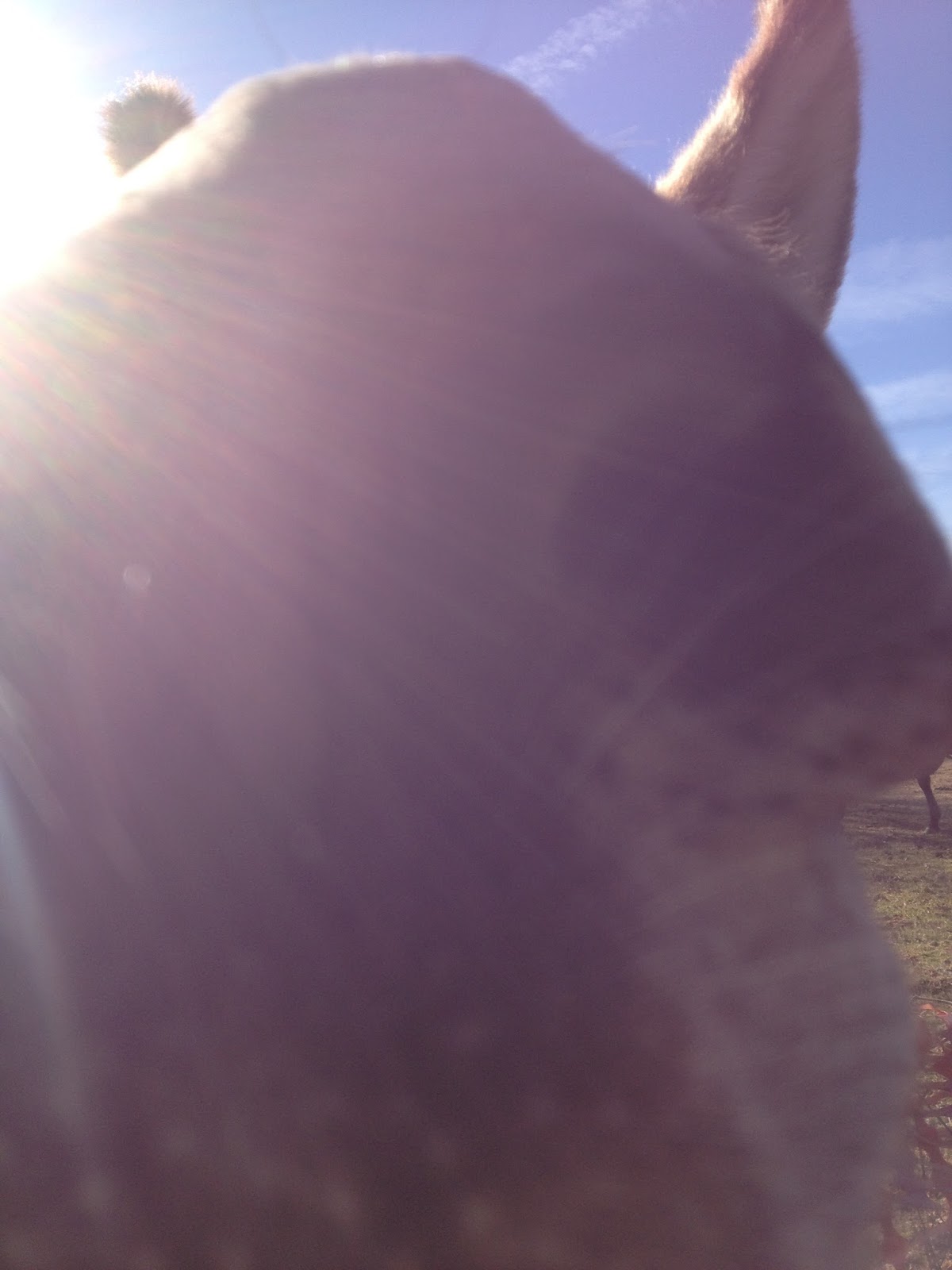 They were just hee-hawin' around.

Heheheheheeee...
Posted by Courtney at 8:07 AM