Like so many kids right now, Audrey was cheated out of a milestone when school closed for spring break and never reopened. She was supposed to be the big fish in the little pond; she was supposed to challenge the teachers to a kickball tournament, she was supposed to get to march through the school in triumph while all the under-grades acted sad and pretended to cry, she was supposed to have another string orchestra concert... but instead she's had zoom meetings, online testing, and no real closure with her favorite teachers.

I think the teachers at her awesome school were feeling the same way about this lack of closure, and they decided that they were going to do something about it. They actually pulled together a socially-distanced parade to show some love and give everyone the chance to say goodbye.

Audrey didn't want to do it.

Then she just wanted to get it over with.

Then, when we were in line to drive the gauntlet of smiling, singing, honking, and cheering teachers, something changed... 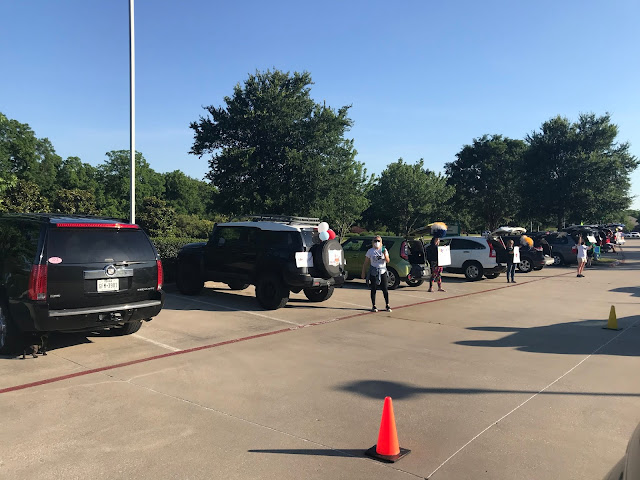 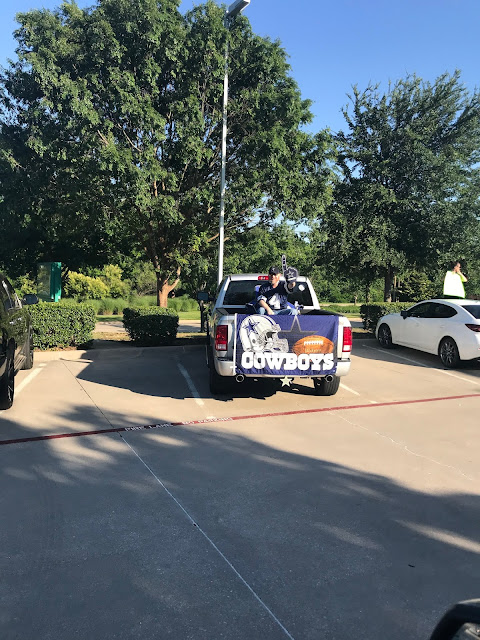 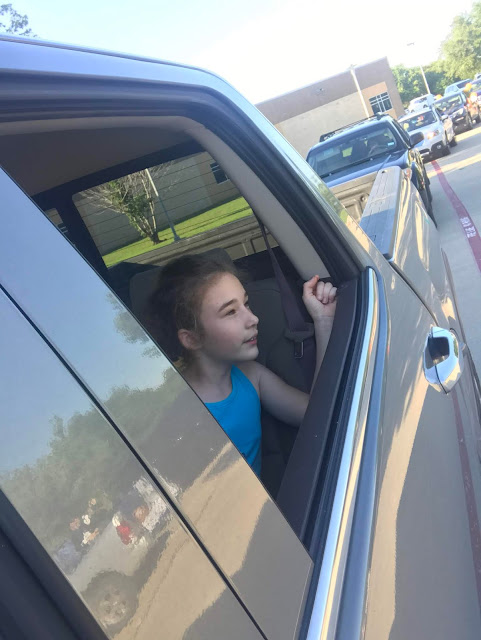 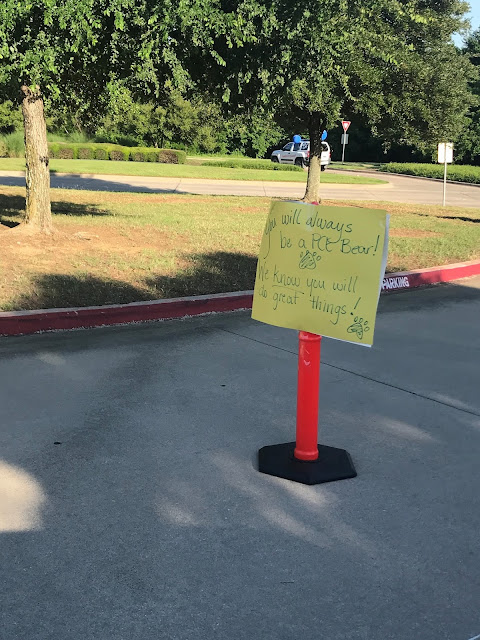 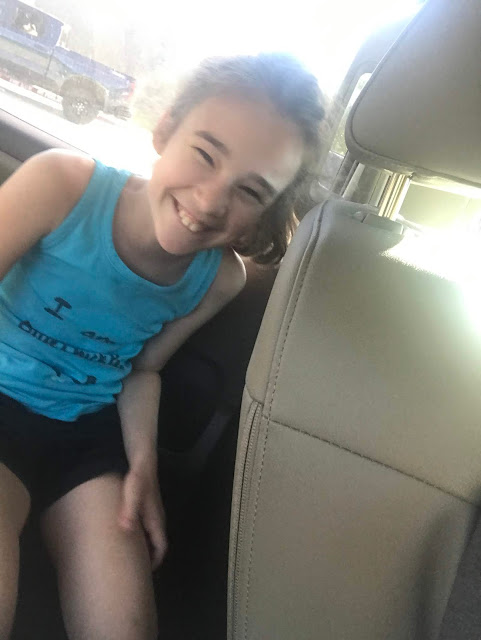 ...I think she changed her mind. I think she saw the effort, the flair, and the love that was there for her. I think she found a little closure and some warm fuzzies. 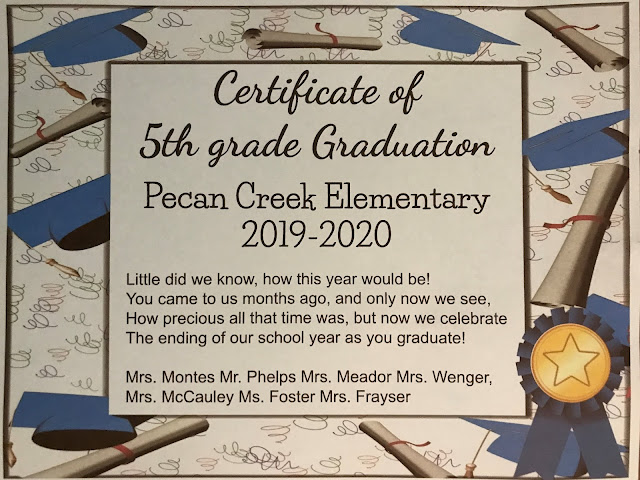 I think she was glad Mom made her go. 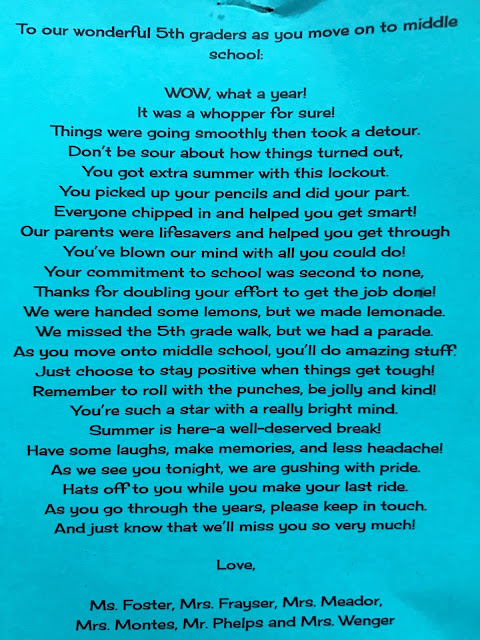