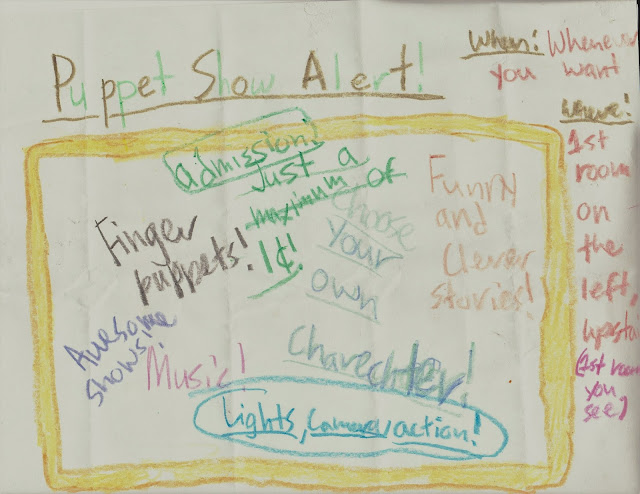 There are times when it feels like we go days and days and days struggling between all the impulses, comforts, and privileges of being Little and all the responsibilities, assertions of independence, and different privileges of being Big. One will want the responsibility of choosing what they want to eat and maybe even preparing it, but not cleaning it up. The other will want the privilege of stay up way too late, but won't take responsibility for their poor attitude the following day. They're "too cool" for some things and yet cling to others that I would have thought would have fallen by the wayside long ago.

The other night, we were invited to a puppet show in Audrey's room, complete with music, costumes (made of clay), and a legit plot based on Huckleberry Finn. It was something I thought she might have gotten too big for, yet was pleasantly surprised to find was still going strong... 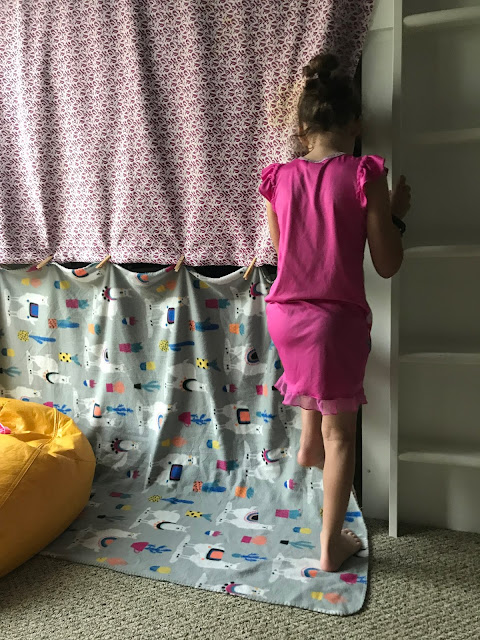 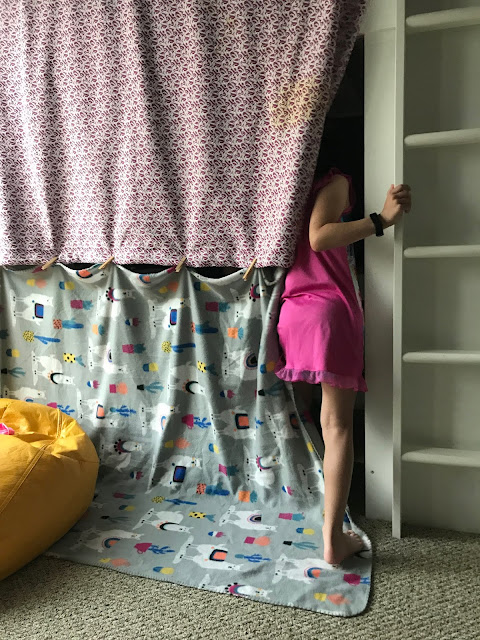 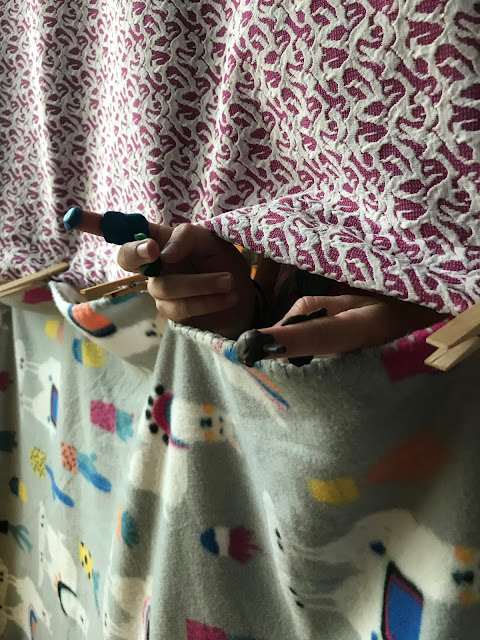 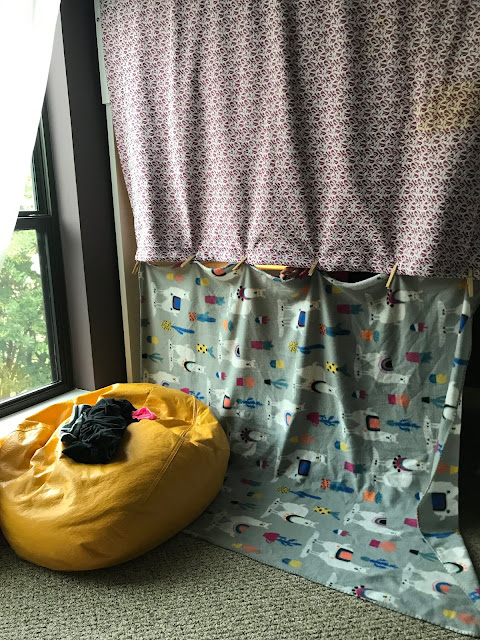 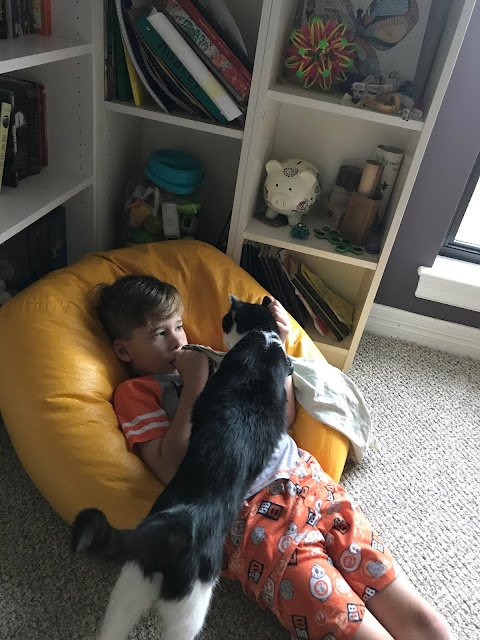 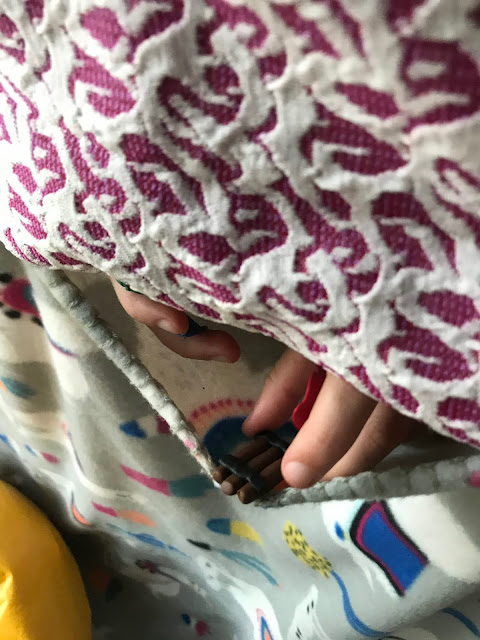 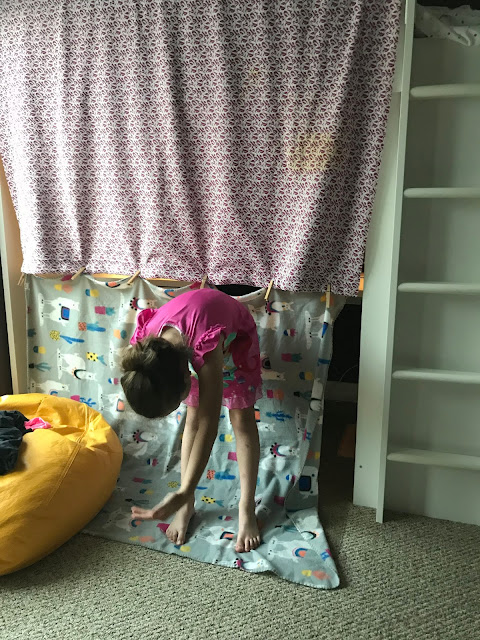 She was most proud of the costumes she designed out of clay, though she said after the show that she needed to work out a way to keep the "garments" from falling off her fingers during the presentation. 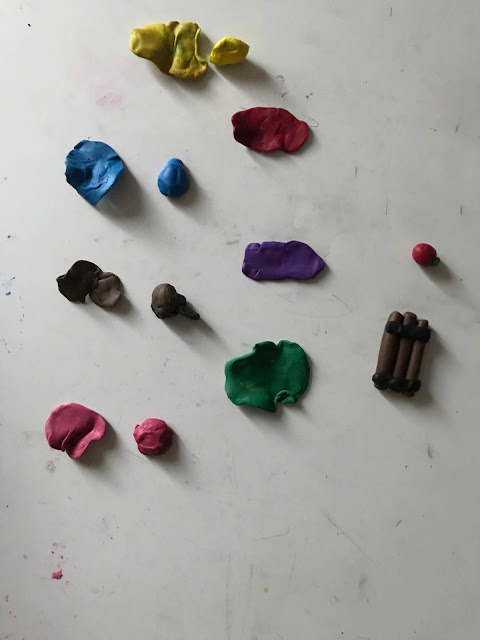 I hope there is always something lingering that reminds me that no matter how stubborn they are, and no matter how frequently it feels like they're pushing us away in the course of becoming their own people, there is still a Little tucked in those growing bodies... a Little who likes to create, who loves that Mama attention, and who needs that over-the-top unconditional praise for their efforts.
Posted by Courtney at 7:57 AM