Big Fat Charlie Gets a Bath 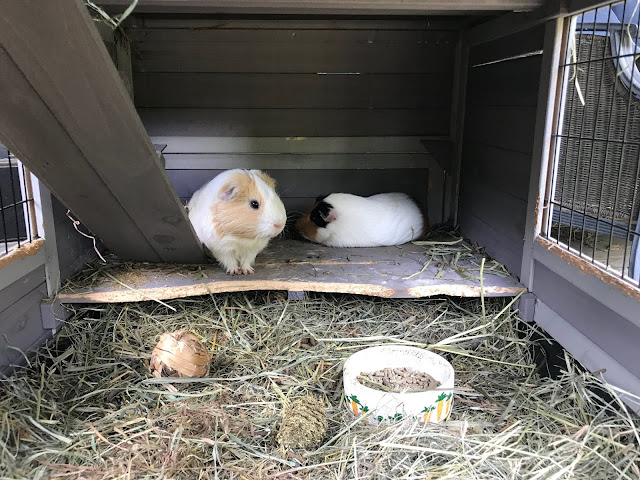 Pooooooor, poor Charlie. Not only is he the biggest of the two Christmas guinea pigs (by far), but he also has the longest hair (a total accident when I picked him out), and he is the smelliest and dirtiest of the pair to boot. He lounges all day long in whatever he happens to be standing in, his fur trails through whatever he passes over... you get the idea. Short-haired, trim little Wilbur has no trouble keeping himself clean. Charlie on the other hand... let's just say Henry was getting grossed out about holding him, and we finally decided enough was enough.

It was time for Big Fat Charlie to have a bath.

And so a bath he did have. 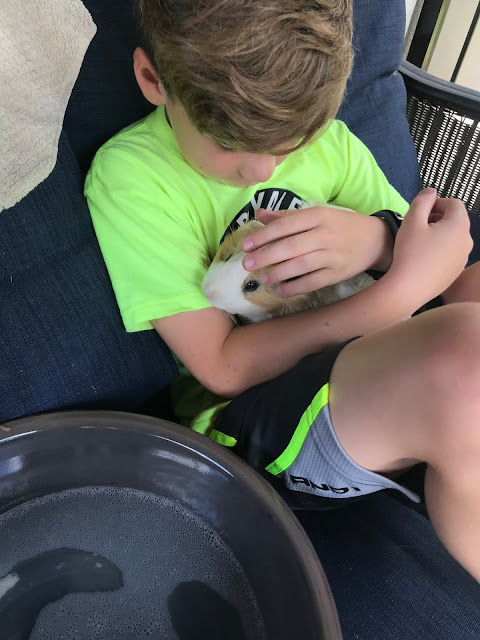 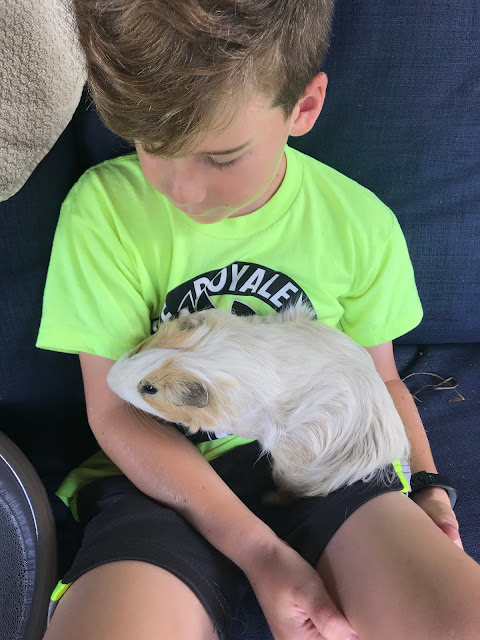 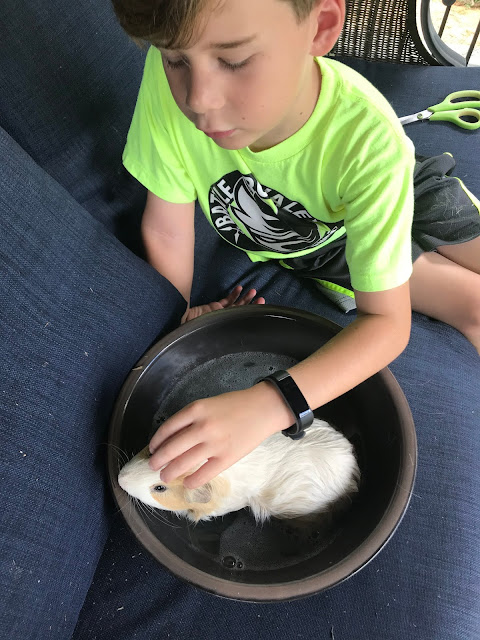 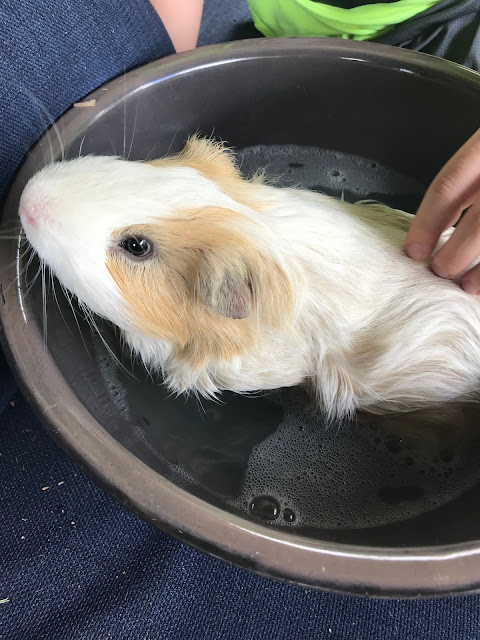 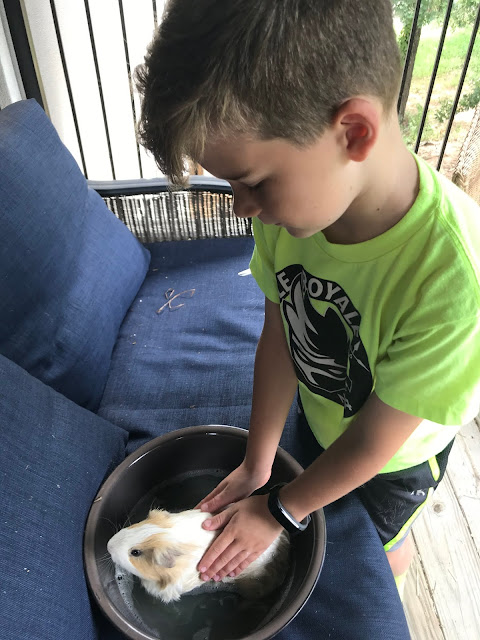 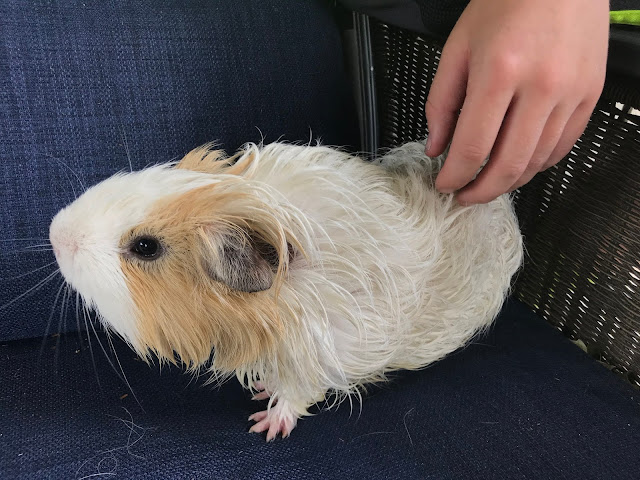 Henry very gently and carefully washed all his curly fur, and we gave him a little trim to make it harder for him to get dirty again. The conclusion of his spa experience was a nice little garden salad, shared with his roommate and still cold from the fridge. 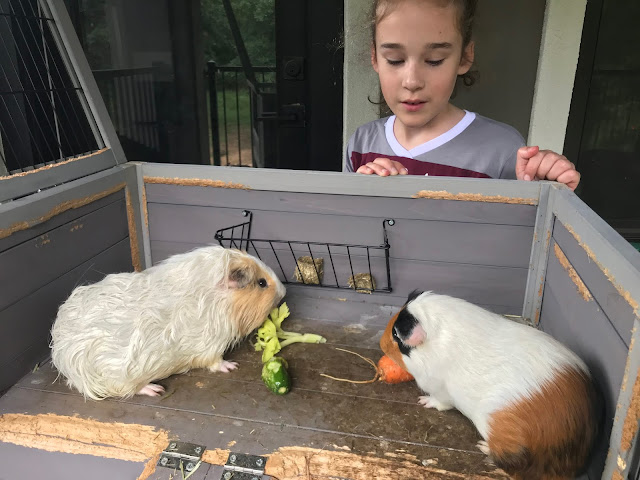 So now Big Fat Charlie is clean and fluffy (at least for the time being), and as a result is enjoying much more attention from his favorite human. I think Wilbur appreciates the effort, too.

Honestly, I think we all do.
Posted by Courtney at 6:21 PM