On the second or third day of our cruise, I got a sad e-mail from the friend house sitting for us. Apparently some kind of predator had found a way to gain access to our chickens, and had wiped them all out. All of them............ except Chicken Joe.

That jerk! He had one job. ONE JOB!

Once home, I walked the entire perimeter of the chicken coop and run, and could find no obvious place where something had gotten in... but there were lots and lots of feathers. At this point I'm thinking it had to be something that could get over a 5' welded-wire fence and get back over it carrying an 8-10lb chicken, several times... a dog? A coyote? One of the big raccoons we saw on the trail cams eating the corn in the pig trap? Or could it have been a hawk? I'll probably never know.

But I had to develop a plan to fix this catastrophe and get things back to normal, because my yard was so weirdly quiet without my chicken girls talking to me.

Step one: find Joe a new home (done- a sweet farmin' couple came and got him this weekend... they said they had 60 chickens out in a pasture that had recently lost their rooster, and they needed a replacement... I choose to believe that's actually what they wanted him for).

Step two: clean and fortify the coop and run. I spent about two hours yesterday raking out all the hay from the nesting boxes, roosting house, and run, scrubbing everything down, and hosing it all out. Today I'm going to go spray it all with chlorine bleach, and this week I'm going to work on some fortifications. We'll also be building a guillotine-style door on a pulley so we can close them up at night without having to actually go in to the coop. 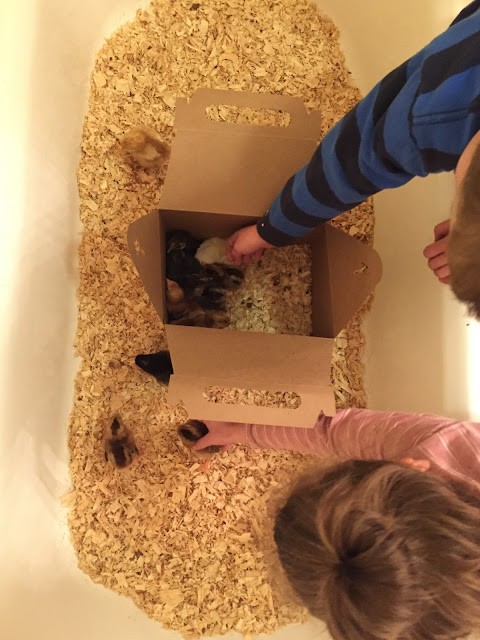 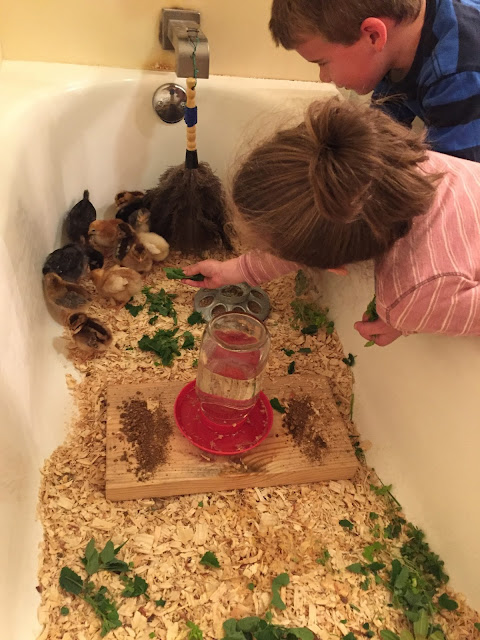 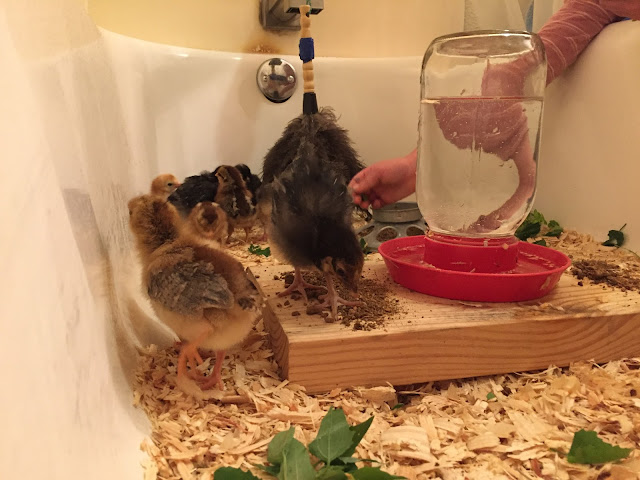 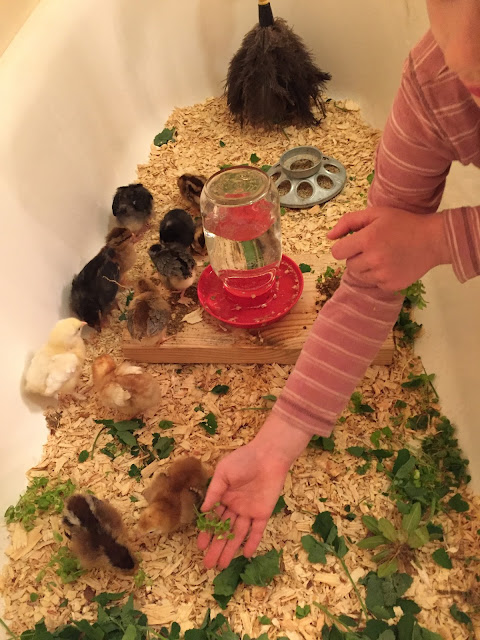 We went a totally different route than when we got our first flock- we got our peeps from a different place, that gets their peeps from a reputable hatchery, and we got a variety of birds so we'll be able to tell them apart! We now have 2 speckled sussex pullets, 1 buckeye pullet, 1 cuckoo maran pullet, 1 golden sexlink pullet, 2 welsummer pullets, 2 golden-laced wyandotte pullets, and 3 random grab-bag-style "assorted rare" pullets (one with feathers on her feet!). Starting over with twelve in all.

The kids have almost all of them named already, and they're loving being able to name them and know which ones are which! We've got Ursula and Yzma, Ginger, Turmeric, Margery, Penny, Beauty, and Queenie. The last unnamed four all look the same right now (they're the welsummers and speckled sussex girls), and at this point we're not sure how to tell who's been named of those girls and who's still nameless. They've decided 'Ruby' and 'Libby' are contenders once they figure out how to tell who's who. They went to school this morning debating the last two names.

One thing's undebatable, though- our Chicken Friends sure do love those babies! 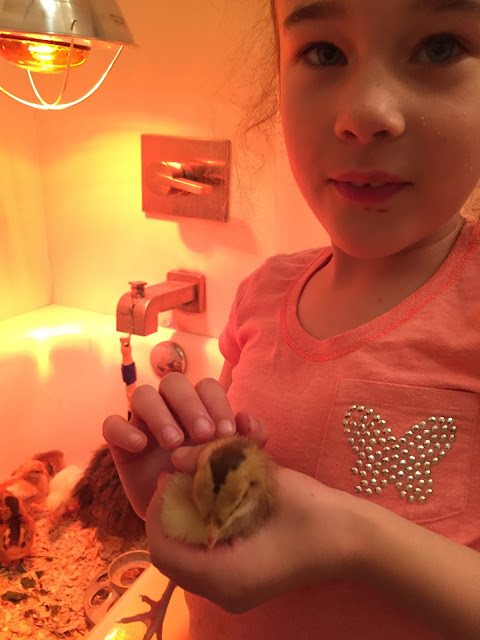