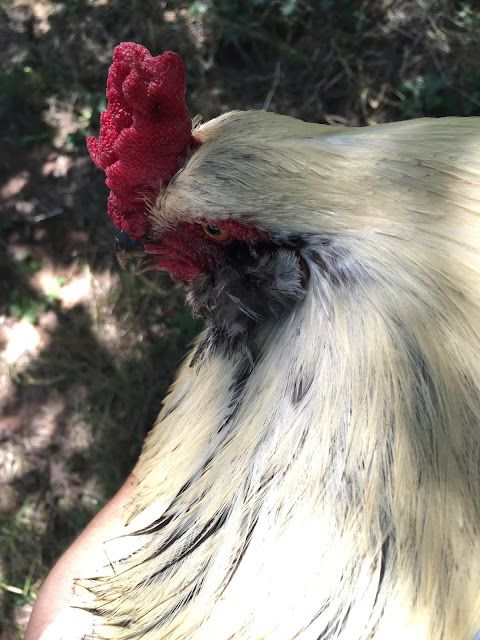 It's also happening to my little backyard flock.

Almost every day when I make the rounds I catch my hens pecking each other or chasing each other or even fighting. It's just part of their nature and the fact that- for the immediate future anyway- they're confined to their run.

What I can't stand, though, is my rooster feeling the need to fight. He's always been an alpha, and an aggressive one at that... but I've always been able to navigate his general territory without becoming a target. That is, until recently.

Lately I can't set a foot past the threshold of their gate without him puffing up and charging me. I observed how he dominated the hens (grabbing a hen and holding her down until said bird submitted) and I've been doing that with Joe whenever he thinks he's going to come at me. He'll struggle for a sec, then calm down, and I'll hold him and talk to him and soothe him, then let him go right by my feet and for about five minutes we're cool. But that's about all I get. My methods are just not sinking in with this one. 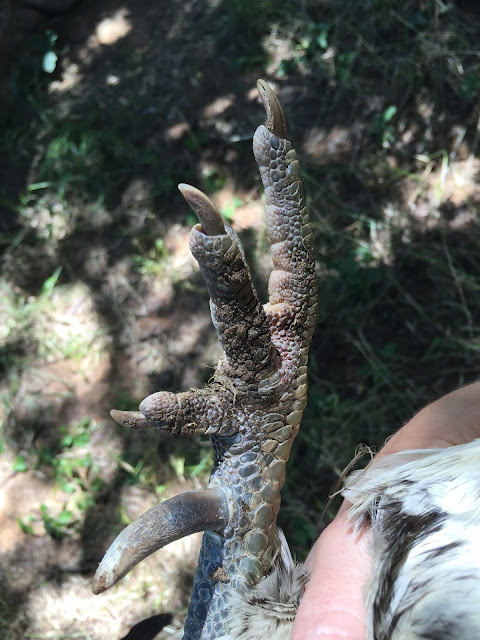 Add to that his almost-2-inch-long spurs and I've kinda got a situation on my hands. If they were all way out on a pasture somewhere, he would be an asset for keeping the ladies safe from predators... but they're not way out in a field somewhere... and I'm not a threat to them.

Something has got to give... and at this point I'm wondering if he's just gotta go. 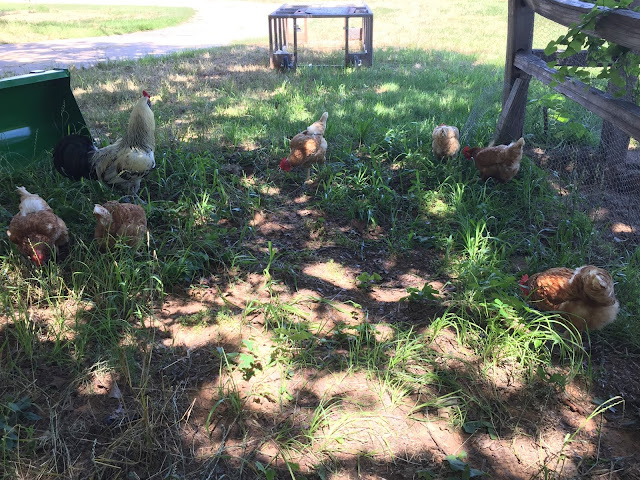 It's a pity though- he really does to a good job looking after them when they get to be out, and he's a beautiful bird... but he's a friggin' jerk y'all.

I wonder if there is a trick to raising/having a gentle rooster?

I guess I'd better figure it out, because there's no sense in me getting rid of the roo I have now only to replace him with one that turns out just as bad!
Posted by Courtney at 8:50 PM