What's Been Goin' On

Is it only Wednesday?

It feels like we've already lived a full week... and seriously it's only Wednesday.

Here's what's been goin' on: 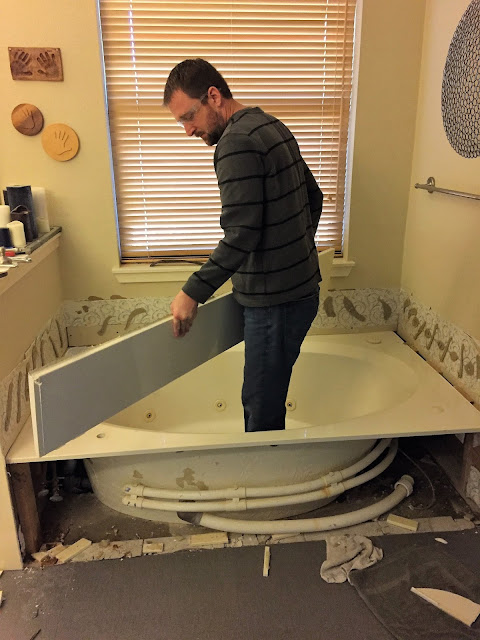 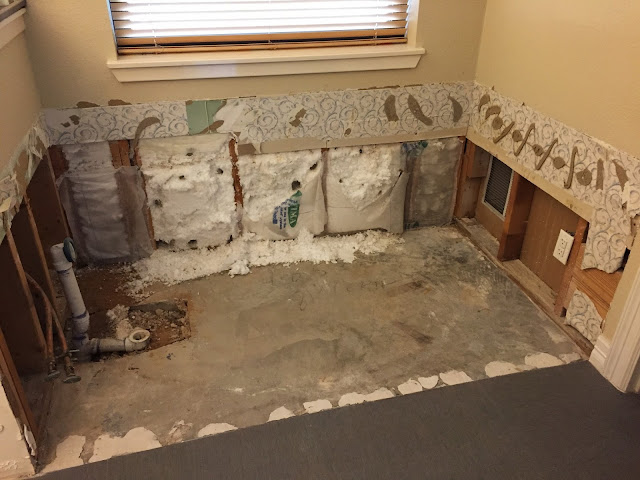 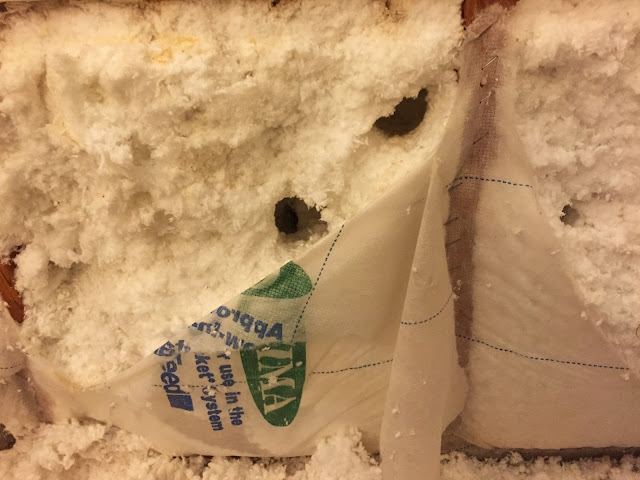 This past weekend, we decided to initiate the beginning of the end of our master bathroom renovation... so we took out the big, gross, non-working tub. Check out those old mouse tunnels in the insulation (emphasis on old)! 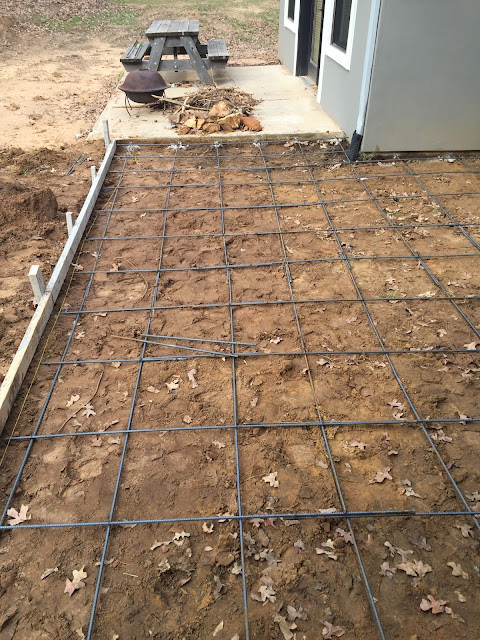 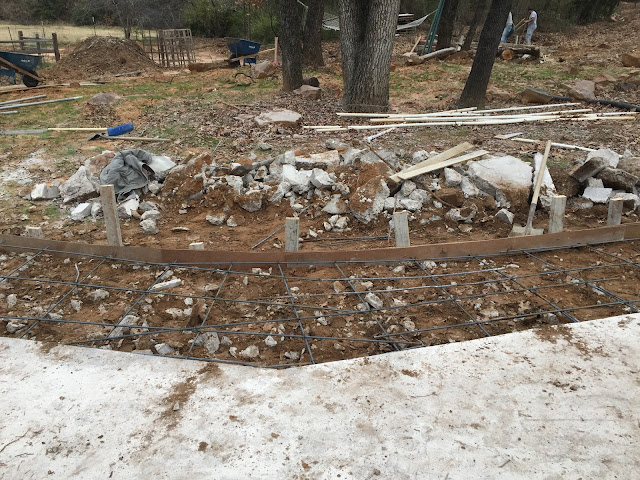 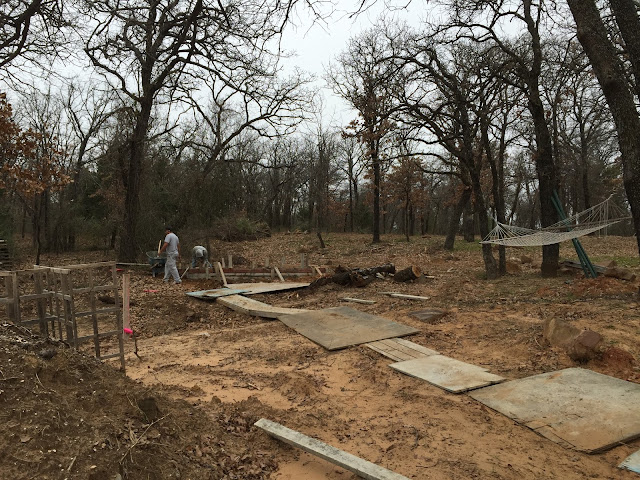 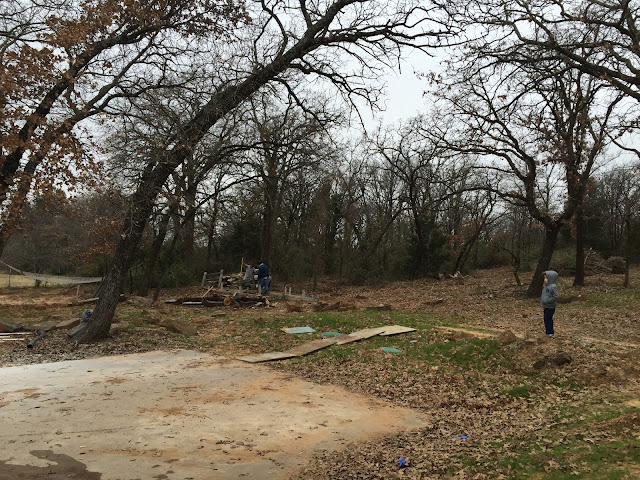 Also this week we've had concrete work going on all around us. We're finally getting the footer done for the new well house, a pad poured for the relocation of the old well house, some fixes done to the driveway, and a back porch extension that'll tie the two smaller- and seemingly pointless- slabs into one functional space. 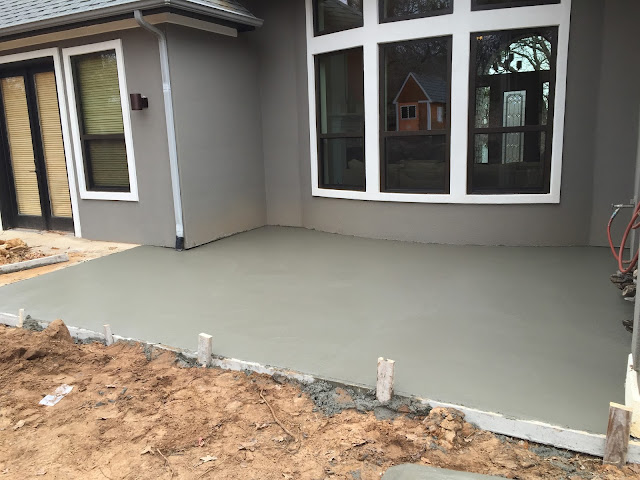 Then of course through all this weeks' worth of goings-on we're dealing with family stuff and the usual errands and business that would make a normal week seem full... and did I mention Audrey has had strep throat since last Wednesday? Yeah.

Oh, and tomorrow I'm getting new front brakes on my car. 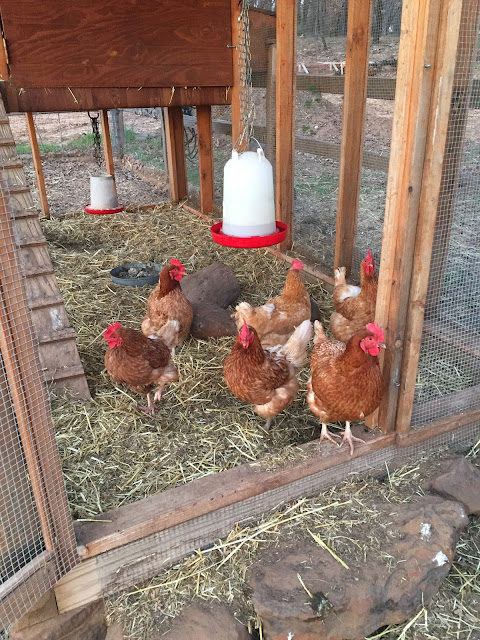 ...because like I feared, another girl has stepped up to take ChickieB's place, and "Vicky" as we're now calling her is still completely ostracized. However, she will come out of the hen house now, and all her feathers look like they're growing back, so there's a bit of light at the end of the tunnel (chunnel?).

I did make a killer blueberry buckle last night... and there's coffee a-plenty, and although it's cliche it's true: its the little things that can really make a difference in a long looooooooooong week.

Even though it's only Wednesday.
Posted by Courtney at 1:13 PM