A few weeks back when I was on that kick making Audrey upcycled skirts for summertime, Little Brother was off on the sidelines watching... and pining. Pining for his own skirt.

I'm ashamed to admit I put him off for quite a while... and I even tried distracting him with a few new pairs of upcycled shorts instead. But no, though he was grateful for the shorts (and wears them regularly), what he wanted was a skirt.

Now I will say I am the type of person that refuses to do something (or not do something) just because That's How It's Always Been Done or because That's What Everyone Else Does. And how big of a hypocrite would I be if I indefinitely put him off because within our set of social norms boys aren't supposed to wear skirts?

So this morning, with my sewing machine still out from the projects we've been doing, he sweetly asked if today could be the day I make him a skirt.

My heart ached with his innocence, and I absolutely said yes. Today is the day. 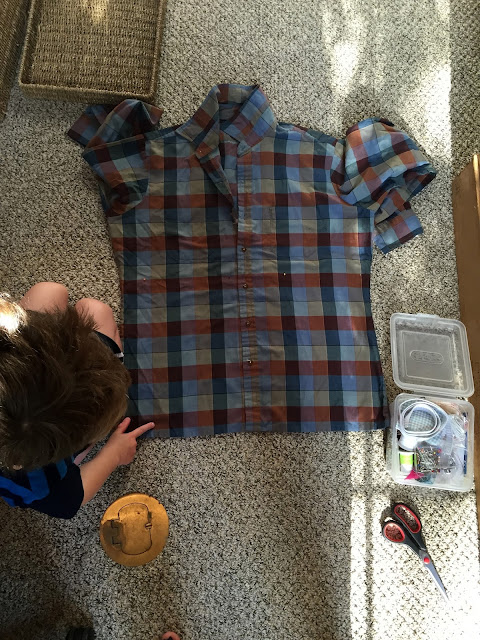 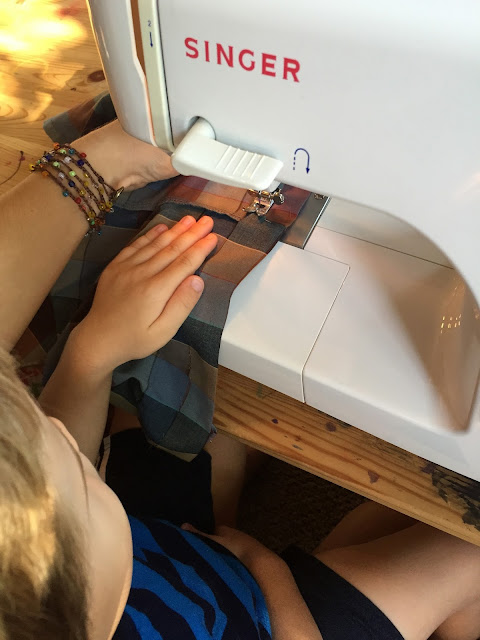 I used an old, thrifted button-down shirt that I bought years ago because I loved the colors. I never could put my finger on what to use it for after I brought it home, so it's been stuffed in a box with other fabrics waiting for it's purpose. Today I realized what it had been waiting all this time to become.

Henry hovered over the entire process, clapping his hands and grinning from ear to ear. He jumped in whenever he could help, and quite frankly it was a very easy thing to throw together, even with extra 'help.'

Audrey kept saying, "A skirt for a boy? That's weird!" So we had to have a conversation about that. I said I knew some people would think it was weird, but why should that matter? If Henry wanted to wear a skirt it wasn't going to hurt anyone, and being happy with himself was more important than how his clothes made other people feel. Though it was pointed out that Daddy doesn't wear skirts, which is true... but what Daddy wears is Daddy's choice and if Henry wants to dress differently than Daddy we were going to be OK with it. 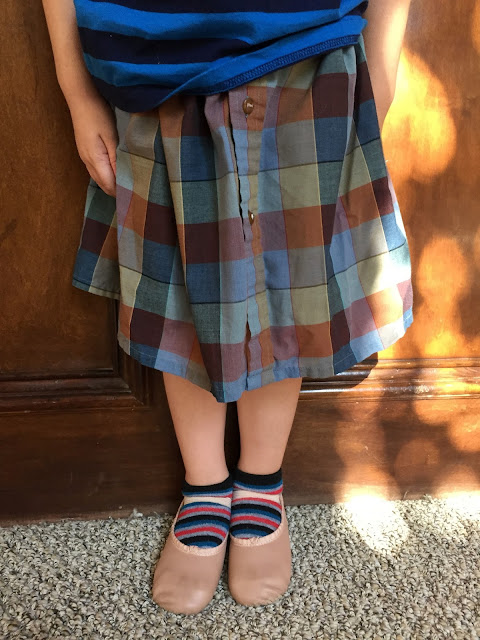 When we were finished sewing in the elastic he was already standing by in his skivvies waiting for the finished skirt. A second later he had it on and was beaming.

This process really made me think. Why did I hesitate to make this simple thing for him? Why am I still so concerned about taking him out wearing it? Why do I feel reservations about publishing this post and opening this up to anyone and everyone? Quite frankly I think my biggest concern comes from fear- fear of what others will say (or do) to him because of his violation of gender role expectations. Fear of how he'll be treated walking around confidently in an article of clothing designated for girls.

But you know what? I'm over it. He will be who he will be, skirt or no skirt, and if we have to have more talks about judgement, kindness, and tolerance, then so be it. I can't protect him from everything forever. He will learn soon enough that people can be dumb and cruel and unreasonable, so let me first teach him that no matter what, we will always accept and love him, no matter what. 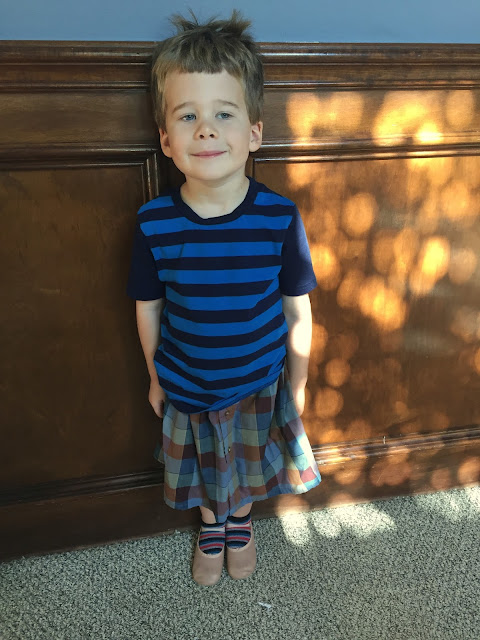 Email ThisBlogThis!Share to TwitterShare to FacebookShare to Pinterest
Labels: Art and Crafts, Thinking Out Loud