Our little Peanut turned one yesterday. Somewhere amidst the cooking, cleaning, and chaos, Audrey rolled over one-hundredth of a century. There was much celebration to be had, and our little trooper faced it with much curiosity and her usual happy disposition.

Strangely, I woke up at almost exactly 6:40am, the moment Audrey turned one. I decided the moment called for a strong pot of coffee. Once 7:30 rolled around, I got Audrey up and fed her oat meal sweet potato pancakes and bananas, and then got her dressed in her Linus t-shirt, jeans, and cotton crew socks (an outfit I've been looking forward to seeing her in since I stumbled upon the shirt months ago). Almost right away, she decided she didn't want to wear socks... 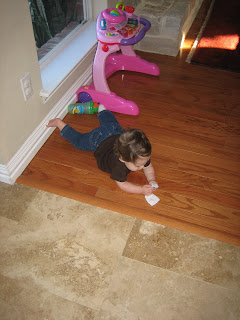 ...so we switched to shoes, and all was well. We decided to take some pictures by her amazing birthday cake (which Mimmy and Mama made the day before in only 8 hours) before the fun began and there were too many distractions. 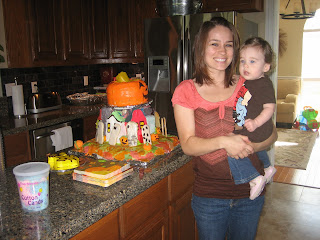 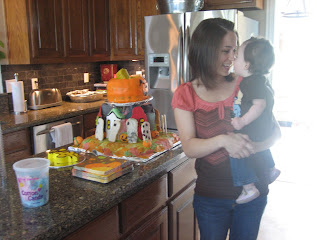 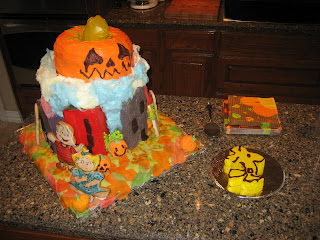 The Peanuts Gang and the Great Pumpkin... cake 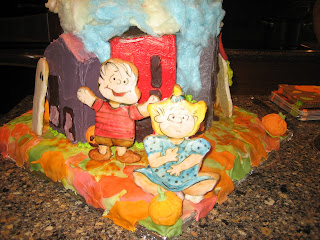 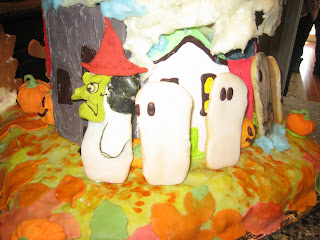 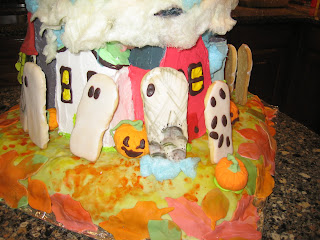 We fed Audrey some lunch as family and friends started to arrive: brisket, baked beans, potato salad, and rolls. She was quite in to her lunch... that is, until the house started filling up... 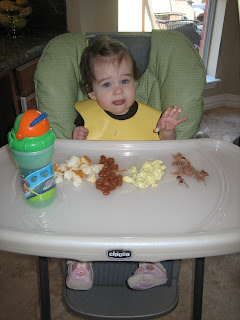 After lunch, Audrey played with her friends, opened all her birthday loot, and moved on to her personal Woodstock cake. I must say, her smash and bash performance was quite lacking. I guess I shouldn't complain that my child doesn't want to gorge on cake and frosting, but at least one fist-to-mouth Kodak moment would have been nice. Alas, she only had a taste, then decided she would rather move on to something else. 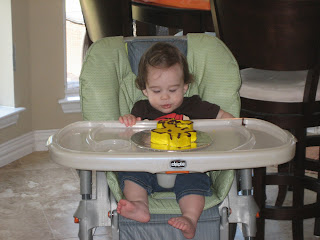 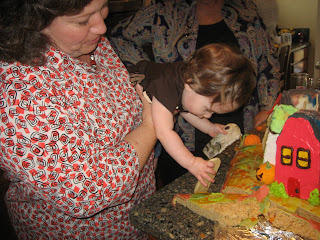 Audrey turns her Destructo attention to the big cake 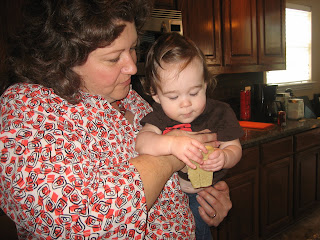 
Once nap time rolled around, Audrey was down and out for the count. We cleaned up a little and documented some of her birthday loot (many other gifts not pictured, and thank you to everyone!): 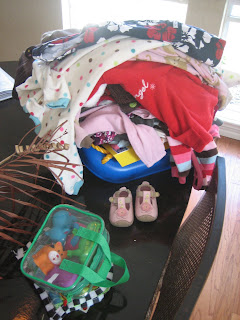 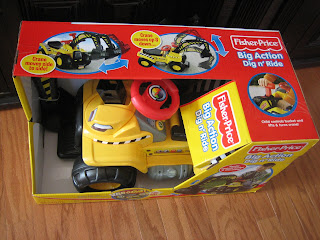 An earth mover for her sandbox days 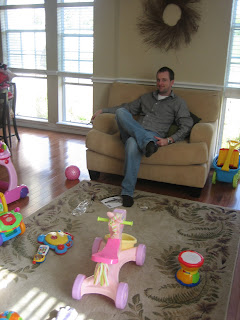 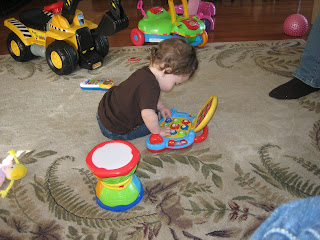 Once Audrey got up from her nap, she headed straight for her new toys and the laptop from Aunt KK... 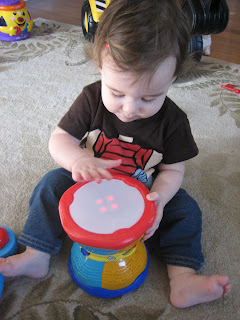 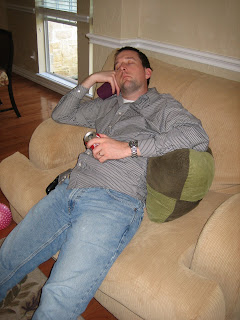 ...which lulls Dada to sleep


The grand finale to Audrey's Big Day was a return trip to the little park down the street. A beautiful evening, and a peaceful ending to a wonderful day. We are so blessed. 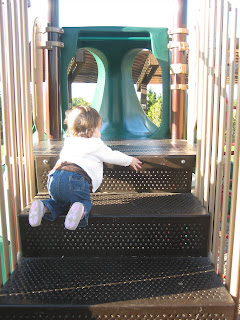 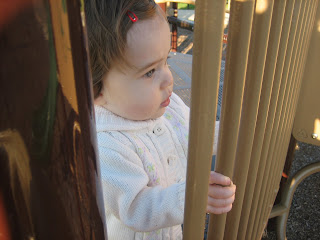 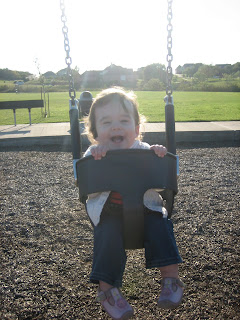