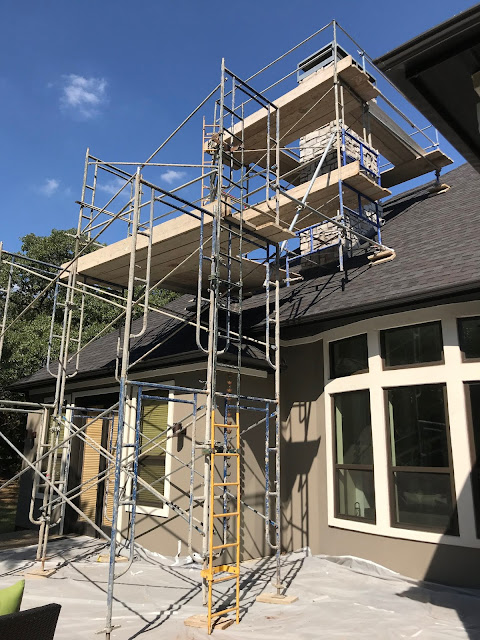 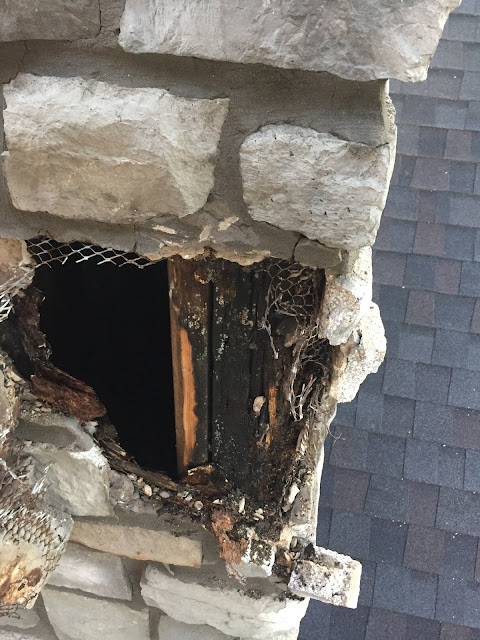 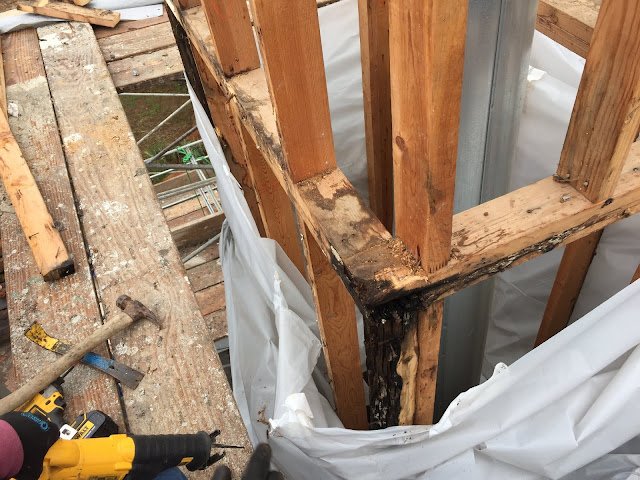 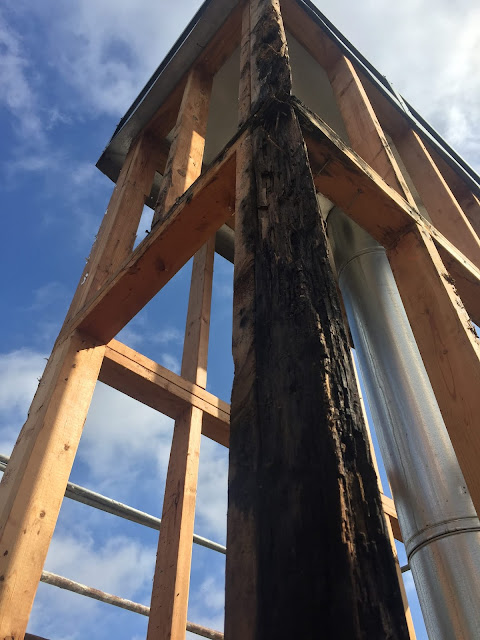 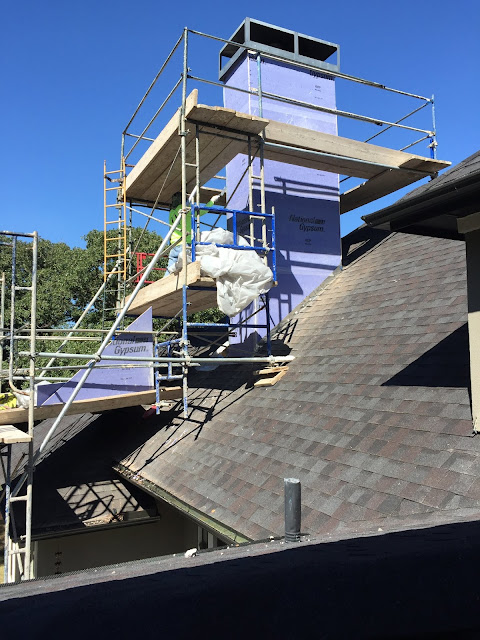 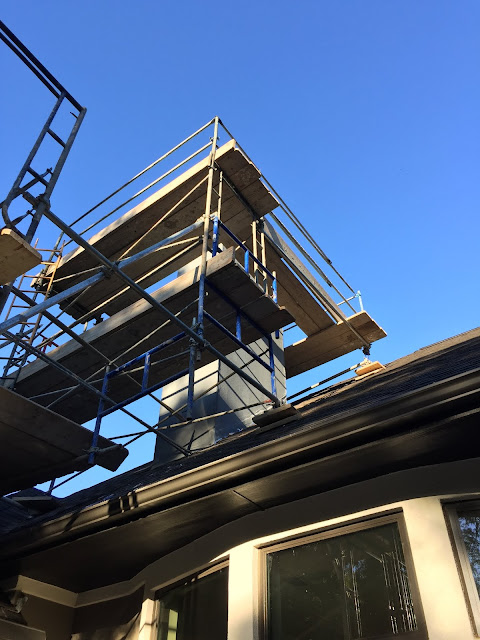 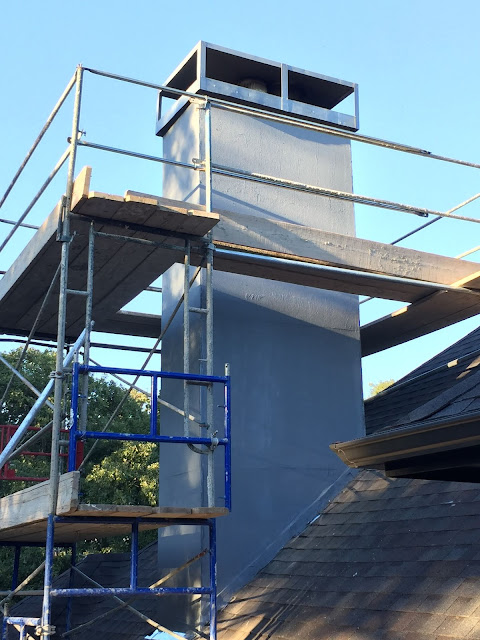 We got a ton of rain about a week ago, and a reoccurring problem reared it's ugly head- a leak around our formal living room fireplace. It appeared gradually, as long hours of rain fell and fell, and as a result we once again had to deal with ugly creosote-brown stains down the walls, puddles on the floors and mantle, and a new casualty- a screwy TV (mounted to the leaky wall).

This leak has been something we've been trying to DIY-handle for over a year, but this past weekend made it obvious we needed to bite the bullet and get some professionals involved. We thought it would just be a matter of taking down the leaky masonry and redoing the outside of the chimney. Once the stone was taken down, however, it became apparent that this was a much bigger problem than what we'd thought.

So Kyle had to take a day off, call a friend, and have his dad up to spot them so they could climb up onto the roof and cut out all the rotting wood and soggy drywall. Then, in the same day, they were able to do a fast rebuild of the structure of the chimney so the pros coming back to finish the job could stay on schedule. We are now almost at the end of this project, with the new finish coming along nicely... and, I'm happy to say, quite waterproof. Good thing, too, because it appears we're in for another round of rain in the near future... 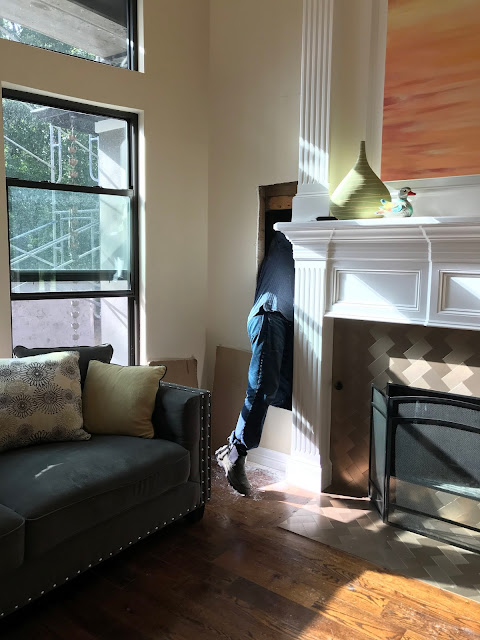 ...but can I just say I am so thankful for the handy-ness of the people in our lives, and the willingness of my partner in this life to tackle the tough stuff with his own bare hands!
Posted by Courtney at 7:06 PM