It's Tuesday, and I'm just now finding enough time to sit down and do a show-and-tell about this past weekend! This will be a long one, so settle in!

Saturday was a Cleburne day, mainly because none of Kyle's family were able to celebrate his birthday and Kyle's cousin Jake's birthday when they were officially here. SO after Audrey's morning nap, we packed up and headed down in the rain.

We spent the afternoon at Nita and Floyd's (aka Nanny and Granddaddy). We had a brisket and mac-n-cheese lunch which Audrey completely enjoyed, then we played until afternoon nap time arrived. 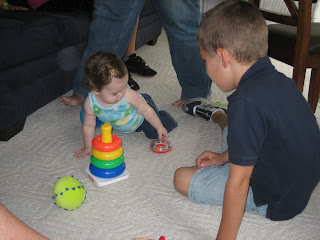 Audrey shared her rings with Jake 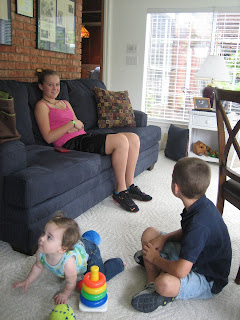 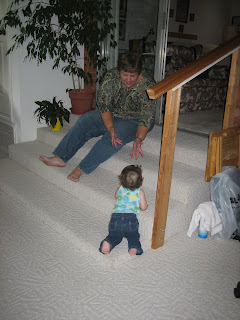 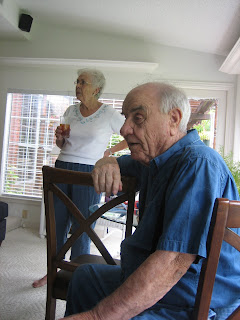 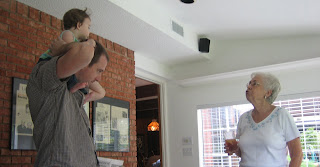 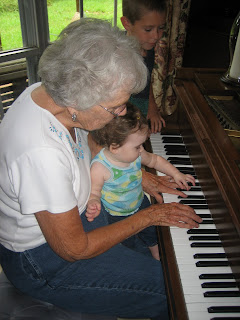 
After Audrey's afternoon nap, we headed out to Mimmy and Pappy's house to check out the new concrete slabs that have been poured in the front and back of their house. From there we went to Robert and Kim's for Jake's birthday party. Jake got a big-kid drum set from his parents, and Audrey was quite attracted to it (that is until about 5 third-graders descended on it... then she decided it was way too noisy). The day concluded with the ride home, which involved zero fussing and a happy Audrey, Dada, and Mama. 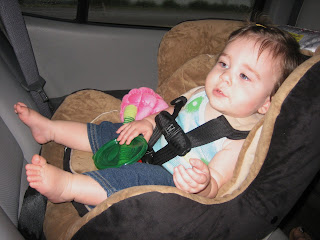 
On Sunday, Mimmy and Pappy came up and hung out. Because of the still-rainy weather, I was in a cookin' mood, and got way in over my head with a huge batch of homemade gnocchi. My mom arrived just in time to help me finish those darned little dumplings. I ended up making 3 batches! It was good, though: 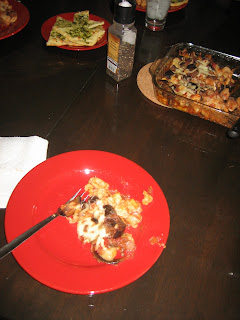 With some eggplant and cheese, I quite enjoyed the fruits of our labor 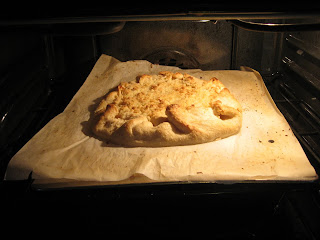 Mom made a rustic peach tart for dessert 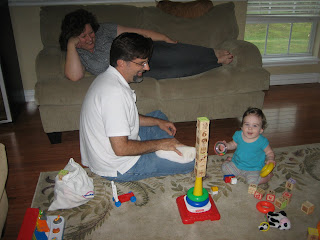 At the end of the day, we hung out and played until bedtime 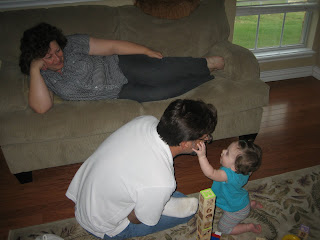 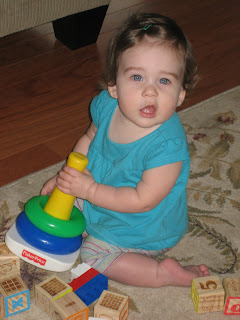 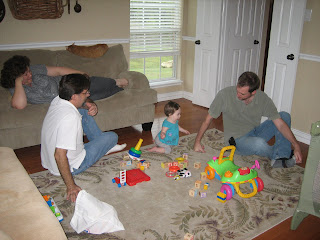 Email ThisBlogThis!Share to TwitterShare to FacebookShare to Pinterest
Labels: Weekending