Once upon a time, there was a family that lived on a piece of land that was very sloped and very full of rocks. The family noticed that every time it rained, water was directed right at their home, and every time it iced or snowed, they couldn't walk up the slippery slope and into the woods in their backyard. So they decided to rent a little skid-steer and do something about it. 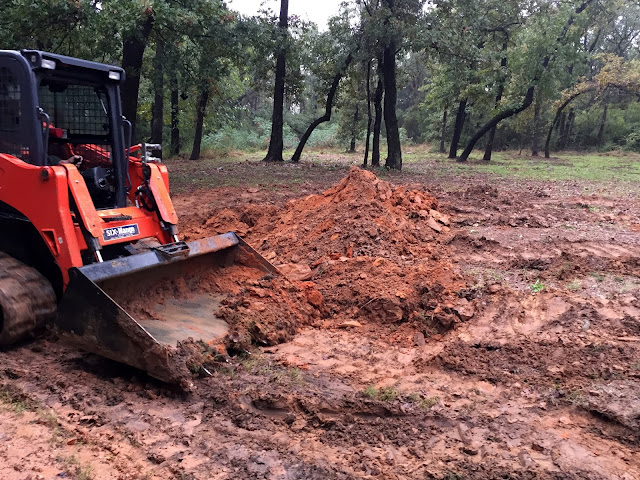 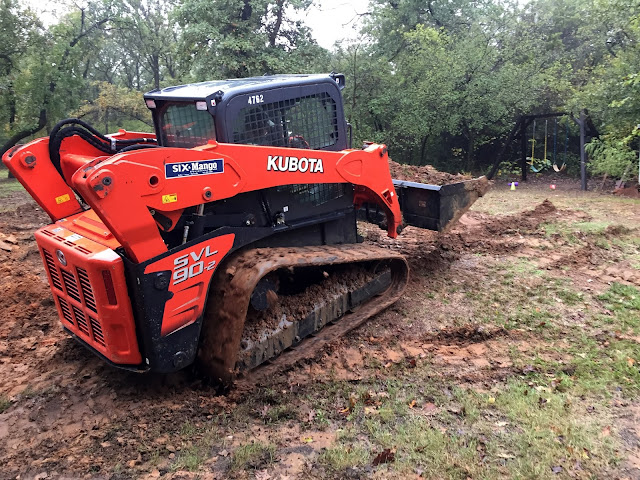 First, they cut away the earth so there was a level place between their home and the beginning of the slope. They piled the dirt high as they dug away. The kids squealed with glee at the mounds they could now climb, and the Mama did mounds and mounds of sandy laundry. 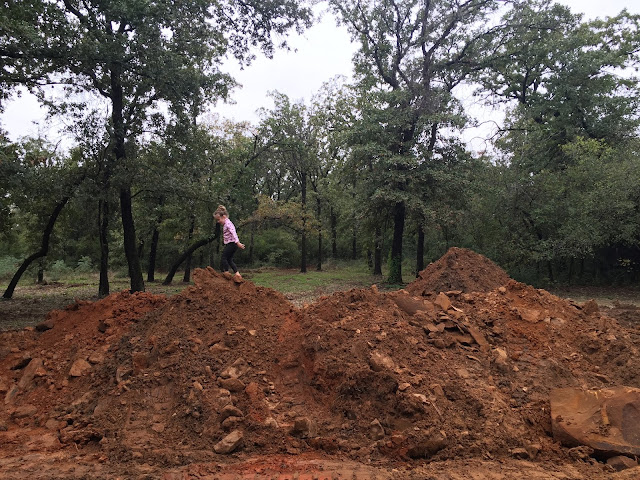 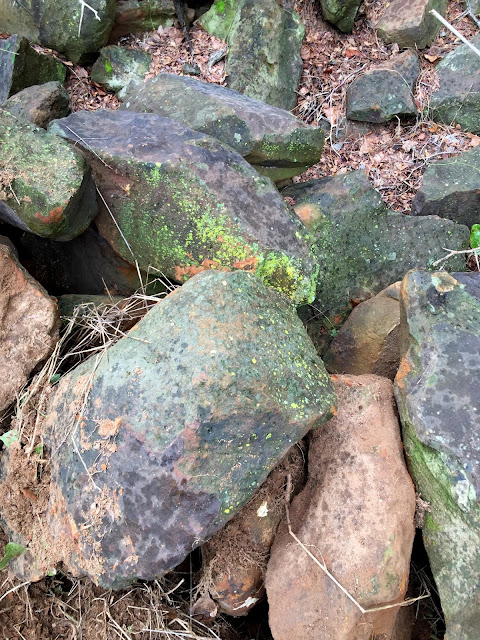 Then they called for help from the finest helpers in all the land, and the family began to build a wall. 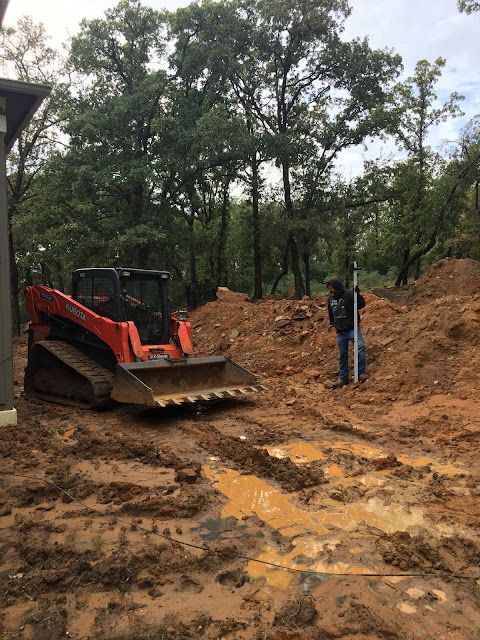 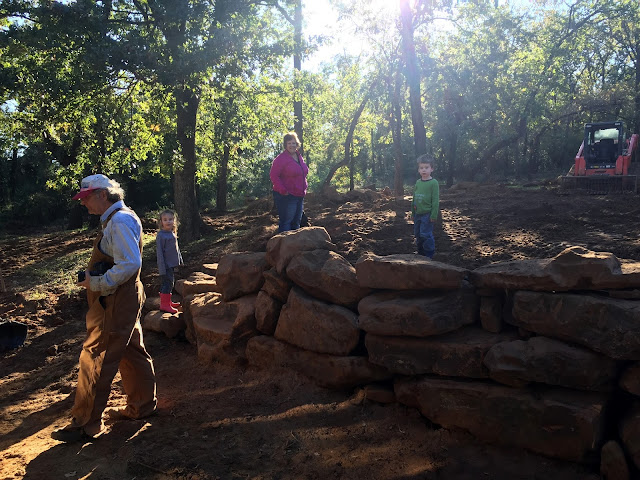 After an entire weekend toiling in the mud and dirt, the family finally completed their wall. It was a strong, sturdy wall that would help direct the water away from their home, allow for level space that would be much easier to use, and would be safe for the kids to climb. They even built stairs so in the wintertime it would be easy to walk up the slope and into the woods. 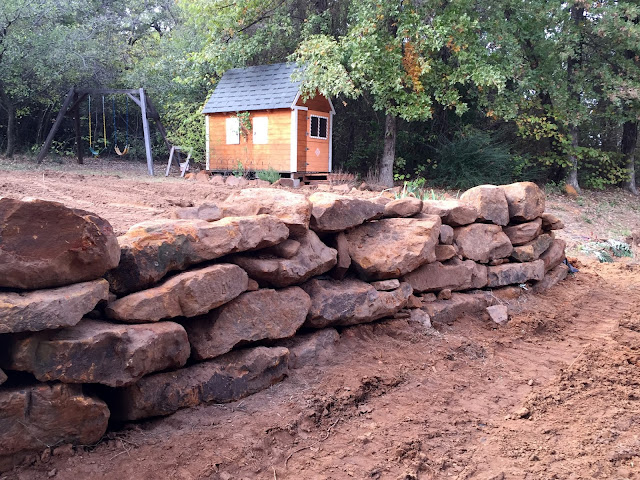 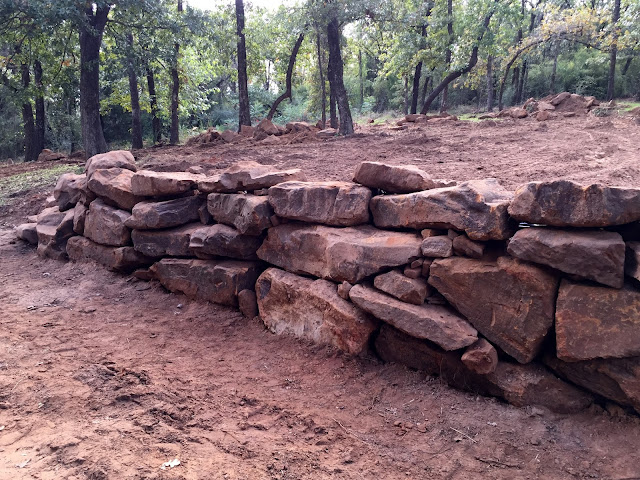 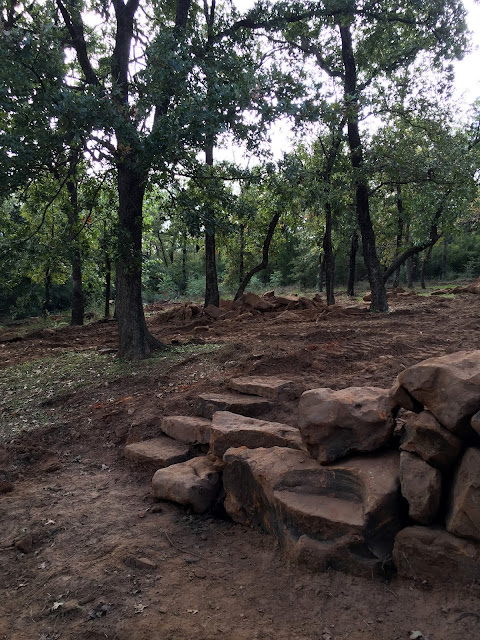 There is still much work to be done around this new wall, but the hardest part is now finished thanks to the weather holding, the helpers that came and worked, and the little skid-steer that the Daddy drove like a pro. 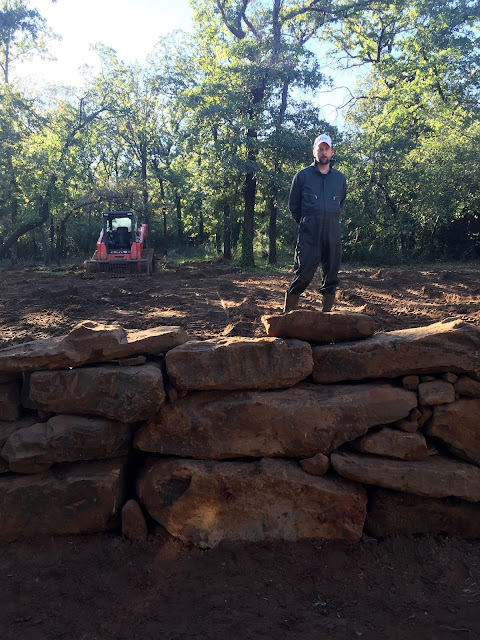