We cleaned up the yard a bit this past weekend, and part of that process was finally moving the chicken tractor from it's fateful location where it failed our peeps (I haven't done a thing to it since that morning). When I rolled it away to be stored next to the garden, Audrey was left staring at the hole where the coyote breached the perimeter, and she decided she didn't want to see it anymore. It made her imagine her scared Blue Chick and all the feathers she found afterwards.

She decided she would fill it in and mark the spot so she could remember the peeps, but not feel sad about what happened anymore.

And so she did. 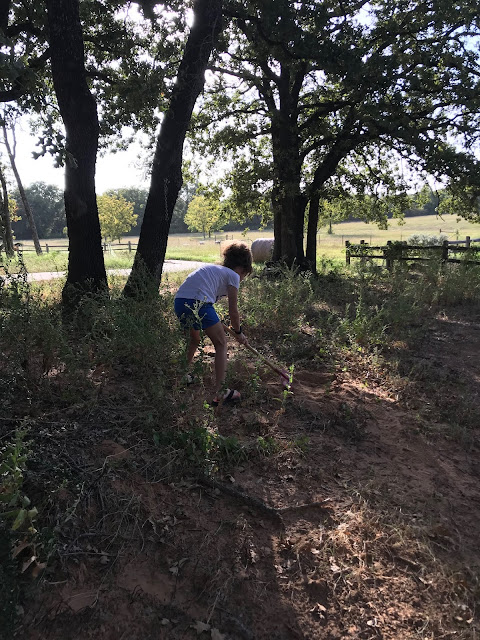 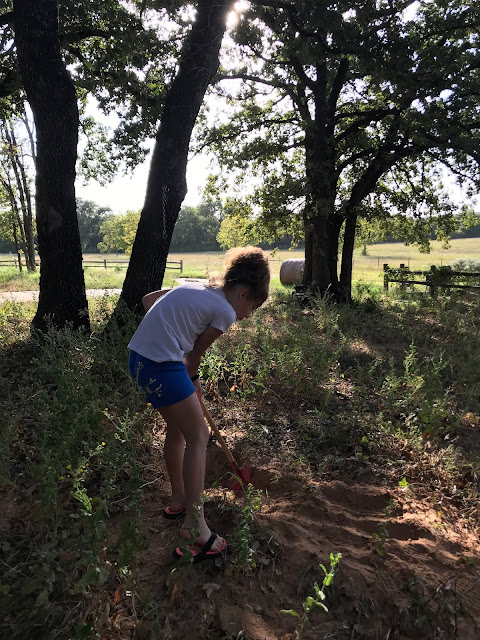 I watched her from the sidelines and stayed out of the way, and she worked at filling in that hole by herself until it was to her satisfaction. She didn't look up, she didn't ask for help or say a word about the rocky soil or the manual labor, she just kept her head down and did the work until the hole was filled and marked with some gray-blue stones... the same color as her Blue Chick's feathers.

When she was done she moved on with her day, and I think that small effort gave her a measure of peace that all my words- and the reading of this book- hadn't helped her find.

For a moment after I discovered our loss, I considered trying to hide it from my kiddos, and though I did end up telling them that morning what happened, I think the fact that we took more than a month to go out there and actually deal with the site testifies to the fact that on some level I was still trying to protect them from the reality of what happened out there. However, I have to consider that in keeping the details from them, I might have actually dragged out their pain and sense of loss (for the Chicken Friend at least), and facing it head-on and dealing with it hands-on is actually what helped the most.

I'll have to remember this lesson learned, for sure.
Posted by Courtney at 5:00 AM

Email ThisBlogThis!Share to TwitterShare to FacebookShare to Pinterest
Labels: Chickens, Thinking Out Loud